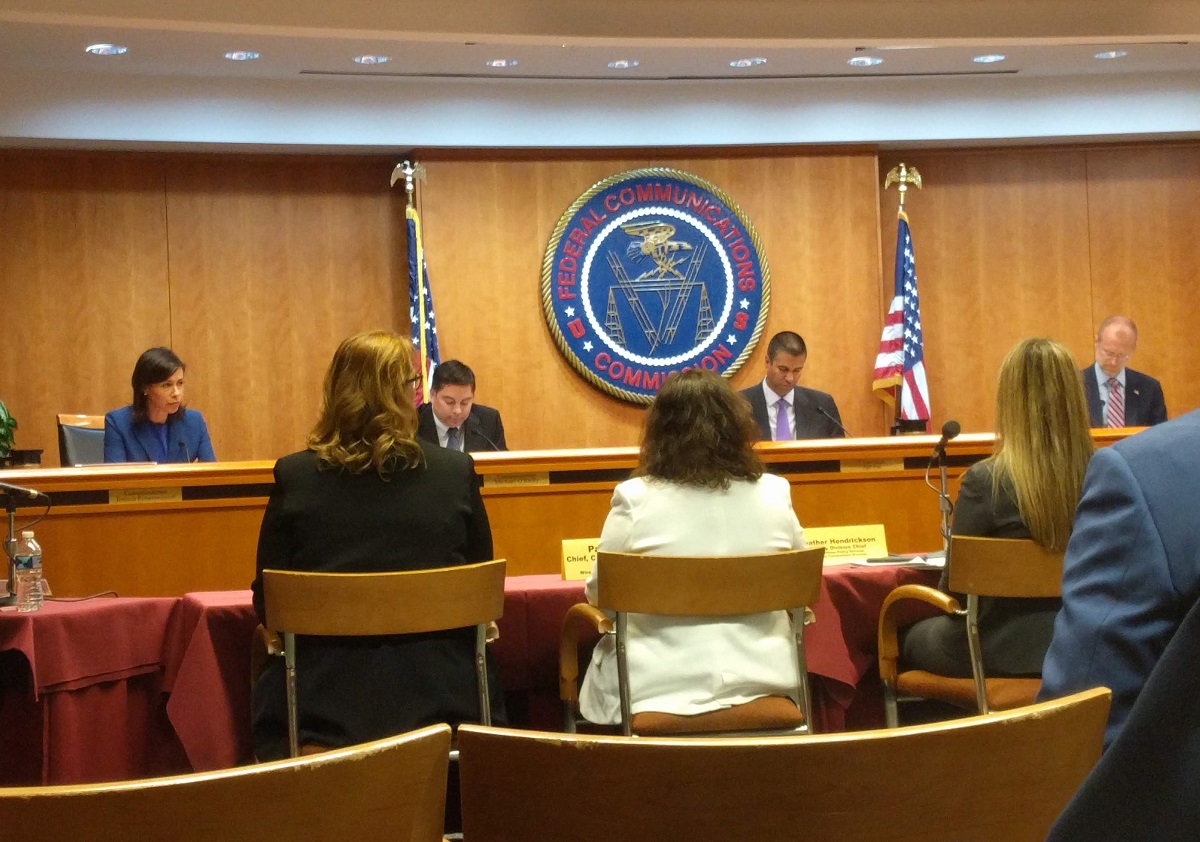 WASHINGTON, December 13, 2019 – The Federal Communications Commission on Thursday took two actions to open up the “mid-band” of radio frequency spectrum, freeing up 5.9 GigaHertz (GHz) spectrum for Wi-Fi, and beginning the process of opening up more spectrum at 3.1 GHz.

Spectrum in these “mid-band” zones is increasingly-coveted because it allows wireless transmitters to send data at a higher capacity, and yet still penetrate walls and foliage that otherwise limits transmitters to line-of-sight technologies.

The decision regarding the 5.9 GHz band takes the lower 45 megahertz of the 75 megahertz currently slotted for the Dedicated Short Range Communications service (at 5850-5925 MHz) and devotes it exclusively to Wi-Fi technology.

Two decades have passed since the 5.9 gigahertz band was designated for short-range communications, FCC Commissioner Michael O’Rielly said at the agency’s December meeting on Thursday. The remaining 30 megahertz (from 5895 MHz to 5925 MHz) is an ample amount for vehicular safety applications and handling interference issues, he said.

Under no circumstances should these 30 megahertz be used for anything other than promoting safety, O’Rielly said.

Rosenworcel strongly urged the FCC to move faster with other mid-band spectrum, as U.S. spectrum policy becomes increasingly divorced from connectivity on the ground and the rest of the world.

For example, the agency’s current prioritization of millimeter-wave spectrum, she said, is detrimental when other countries have already advanced past that point.

Carr also praised the role of “Wi-Fi offloading” from commercial networks because of the strain that is expected from the demands for 5G wireless services.

Future wireless service and augmented reality technology, Carr continued, need a network that can respond quickly and handle a multitude of devices. Unlicensed spectrum will serve as the final link between the consumer and the cloud to effectively power 5G devices, he said.

Wi-Fi airwaves are congested, Rosenworcel added, and autonomous vehicles have moved beyond DSRC to communicate. She and other highlighted that the 5.9-band is adjacent to existing unlicensed spectrum, which is ideal for next-generation gigabit Wi-Fi.

“Thanks to its neighbor, this spectrum would punch above its weight,” FCC Chairman Aji Pai said in his announcement of the 5.9 GHz proposal on November 20, 2019, at the National Union Building. “The adjacent 5725-5850 MHz band is currently available for unlicensed operations, making this 45 megahertz sub-band ideally suited for unlicensed use,” he said

Pai also said he will consider using the upper 10 megahertz of this spectrum for DSRC in addition to Cellular Vehicle to Everything operations. This consideration, he said, was partly based off Japan’s successful use of DSRC for collision avoidance.

Beginning the process of spectrum sharing at 3.1 GHz-3.5 GHz, and other agency actions

In the second action on spectrum, the FCC began the process of facilitating spectrum sharing in the 3.1-3.55 GHz band between federal and commercial users. In particular, the FCC issued a notice of proposed rule making on removing the existing non-federal allocations in this band as a step towards potential future shared use between federal incumbents and commercial users.

The 3.3-3.5 GHz portion of the band, O’Rielly said, provides the ideal combination of geographic coverage for 5G services. The FCC will begin with phasing non-federal incumbents out of the band and re-purposing the upper 100 megahertz for commercial use.

America’s suicide rate is at its highest since World War II, Pai said. A simple three-digit code for a suicide hotline can reduce the mental stigma surrounding mental health and ultimately save lives.

Rosenworcel added that it’s important for the FCC to use text messages as a form of reaching out to people in critical need of support. About 112 Americans live in areas with severe shortage of mental health providers, she said. It would be a mistake to build upon a system where talk is considered the only starting point of discussion.

Commissioner Geoffrey Starks emphasized that transparency is key for cable service notifications. Regulators should communicate with customers as much as possible whenever a change in service occurs, he said, to avoid confusion should service abruptly drop.

It doesn’t make sense, Pai said, for the FCC to notify consumers of problems that occur between contracts, because they are usually solved quickly and would only confuse consumers about the type of service they will receive.