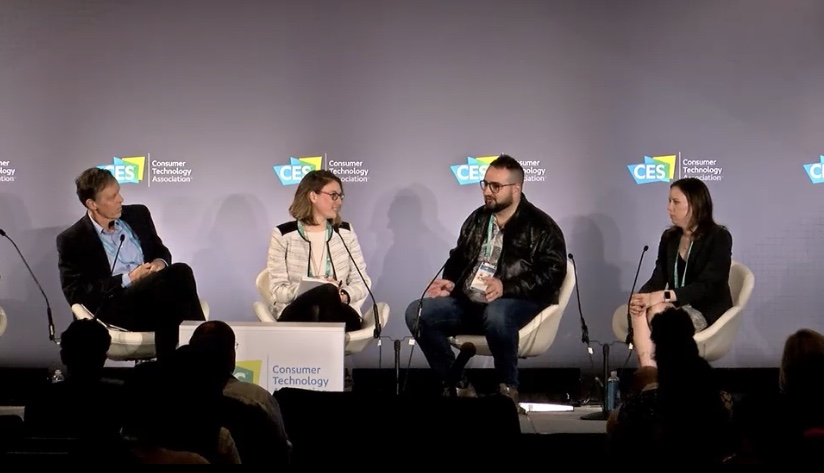 A tense debate over curbing the power of the biggest companies in high tech broke out at CES 2020 in Las Vegas late Thursday.

Speakers agreed that antitrust laws were not well-suited to handle the challenges posed by high tech, but divided over the merits of sweeping regulation.

As the presidential election looms closer, the argument over the power of large tech companies like Amazon, Facebook, or Google seems to be an ever-present debate – even at the hub of the tech economy, the country’s largest trade show sponsored by the Consumer Technology Association.

Although Public Knowledge Senior Policy Counsel Charlotte Slaiman said she believed big tech companies need to be broken up because they are too powerful and threaten competition, doing so with antitrust laws will take too long and require protracted litigation.

Because other companies have to use these platforms to have a voice, Slaiman suggested changes that could foster competition: interoperability with other services who want to join the platform, non-discrimination in preference of services, neutral product promotion, and a sector specific merging review.

Competition is a legitimate concern, he said, but argued that breaking up big tech is the wrong approach. Digital platform markets are economies of scale, and because of that, big companies are better.

Atkinson said he had seen only seen minor conduct-based grievances again big tech, and because of that, big tech hasn’t broken any antitrust laws.

Zach Graves, head of policy with Lincoln Network, echoed this argument. Customers are happy with the services and dissenters have punitive intentions, he said. Breaking up big tech is low on the list of concerns for the average person, he said.

When the moderator asked what a break up would look like, no one had an answer. Jennifer Huddleston, research fellow at Mercatus Center, could only guess. She said an attempt to break up one of the big tech giants would trigger decades of judicial review over every action.