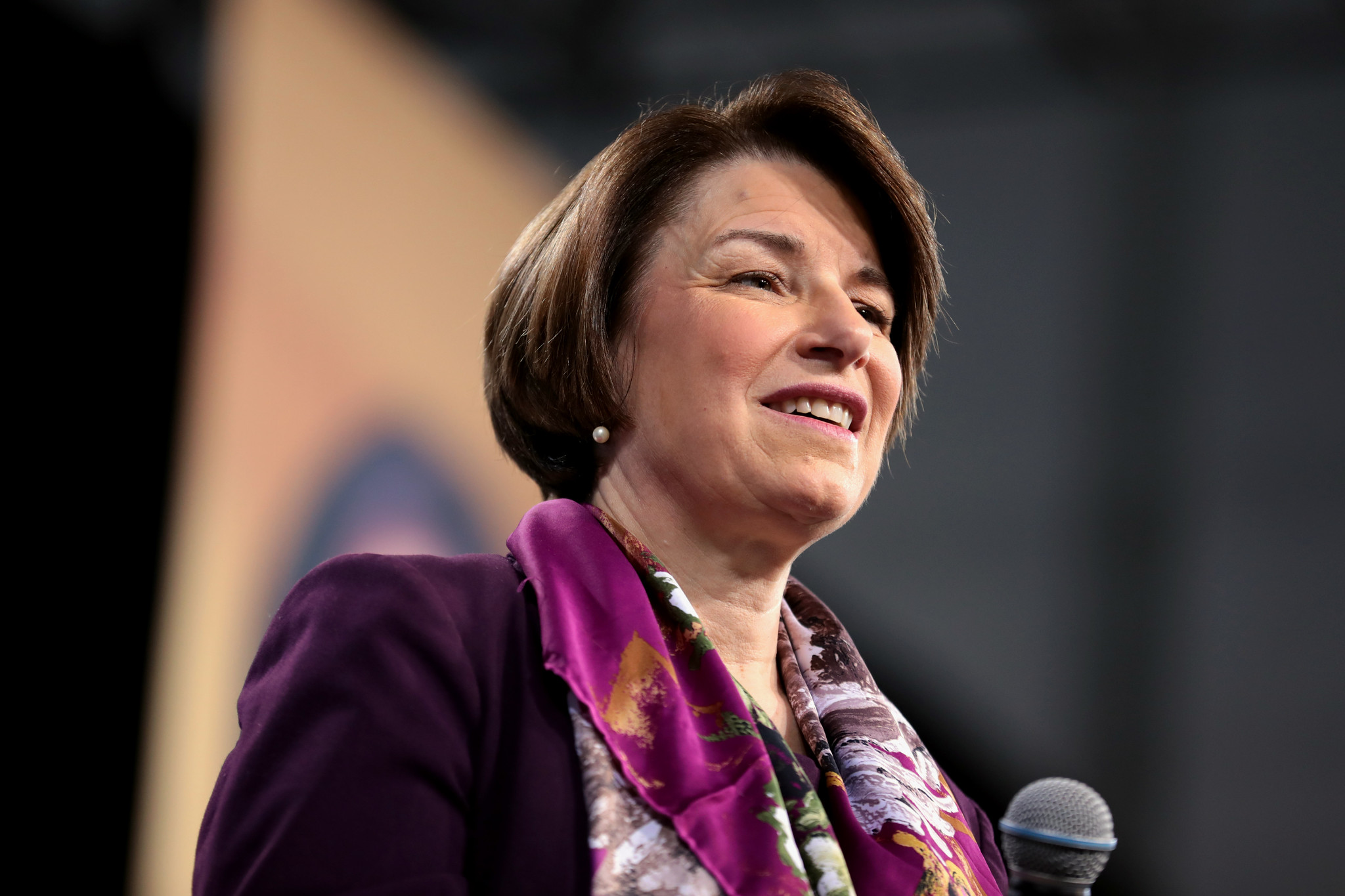 Photograph of Sen. Amy Klobuchar in April 2019 by Gage Skidmore used with permission

A report published by tech.co on Wednesday ranks and categorizes the countries with the highest internet censorship. Among the reports most salient findings:

The data were ranked based the content that citizens can access, the illegality of privacy tools such as virtual private networks, as well as monitoring policies and limitations on freedom of expression.

Turkmenistan was perhaps a surprising top pick for this list, if only for its absence from most world news. Yet it earned its spot at the top for several reasons.

According to the Federal Communications Commission, less than half of households on tribal lands have access to fixed broadband service. This bill attempts to address that by implementing the following:

Presidential candidate Amy Klobuchar expressed some ideas on how to expand broadband access at the Moving America Forward forum in Las Vegas this Sunday, according to the Wall Street Journal.

“There are always ways,” some of which include “creating incentives” that would penalize the states for not being more accepting of government-driven public-owned broadband. She also suggested “preemption.”

A precursor to either of these methods, however, is the collection of a new and accurate broadband map, as “a whole bunch of money is going where it shouldn’t.” Klobuchar related how northern communities in her state of Minnesota which can “see Canada from [its] porch” have flocked to resorts across the border because of superior broadband.

Some have even switched to Canadian broadband, she mentioned.

Another Company Joins Diversified in Criticizing FCC for Hytera Blacklist

Expert says the issue is about what Hytera could be compelled to do by the Chinese government. 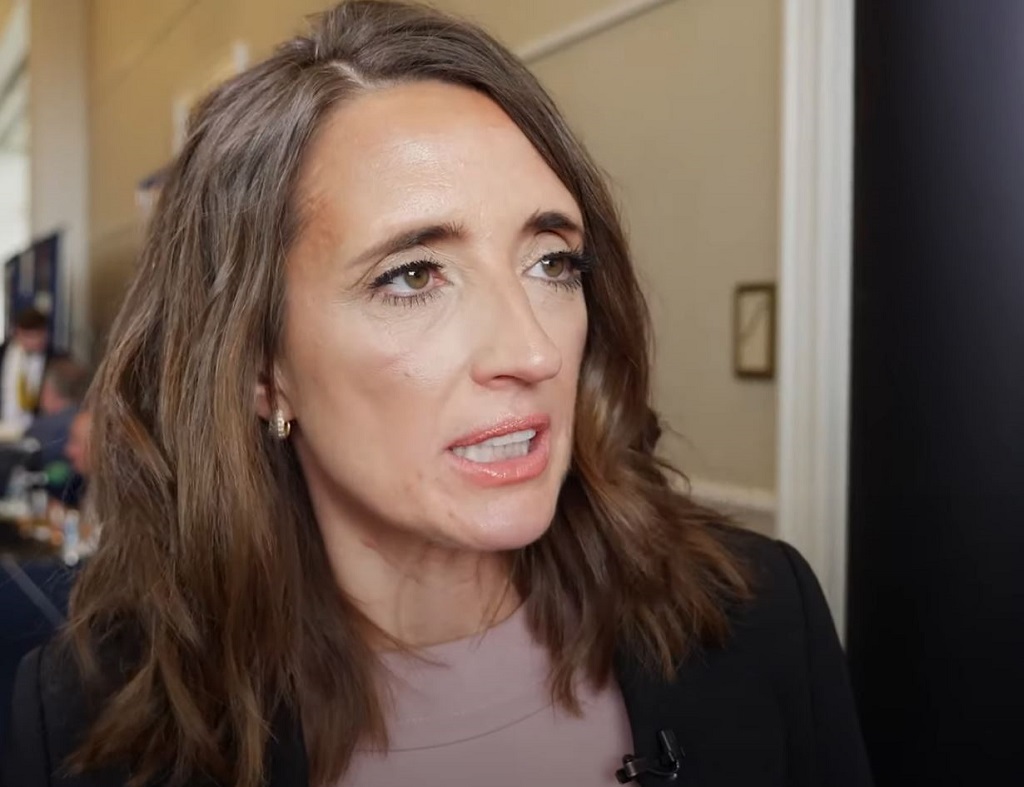 WASHINGTON, September 14, 2021 – Alpha Prime Communications said Tuesday the Federal Communications Commission’s addition of Hytera on a list of national security threats is threatening its customers who rely on it for daily communications.

The FCC had designated Hytera, a Chinese manufacturer of radio equipment, as a blacklisted company in March as part of the Secure Networks Act. But on September 7, a client of Hytera, Diversified Communications Group, said the agency erroneously lumped the company with other Chinese firms on the list.

On Tuesday, Illinois-based Alpha Prime, which is a Hytera dealer to schools, small businesses and manufacturers, joined Diversified in condemning the decision to add Hytera to the national security threat list. “This far reaching ban threatens many of our customers day to day communications and safety,” Alpha Prime’s general manager John Hickey said in a letter to the FCC.

“One of our larger logistics companies will need to spend about $100,000 to replace their radios that have worked well and required little or no service,” Hickey added. “Please do not paint us and Hytera with a sweeping ban when you consider your decision in this matter.”

Hickey said his company began working with Hytera when Motorola began raising prices on its radios, and said the Chinese company has been “reliable and sturdy” and “provide a value for the price charged.”

The FCC and the White House have been working to tame any emerging threatens from China, including the Biden administration signing an executive order banning investments in Chinese companies and the FCC introducing a suspension of granting licenses to companies with links to the Communist government, which has been accused of espionage.

Roslyn Layton, co-founder of China Tech Threat, a research institution that studies threats from China and proposes policy solutions, said the issue isn’t about Hytera per se, but what the Communist party requires of its companies.

She explains that the Chinese National Intelligence Law that came into force in 2017 “asserts China’s sovereignty over the internet and its ability to acquire any data on any Chinese made device anywhere in the world for any reason at any time.” Similarly, she noted that under China’s espionage law, Chinese companies must comply with state spying without warrant, due process or judicial review.

While Diversified said its radio devices from Hytera don’t connect to the internet, Layton charged that an examination of Hytera products shows that “many of their devices connect to the internet and collect data.” She also expressed concern about Hytera’s products being used for public safety and emergency services, which poses additional risks to American health and safety.

Social media application TikTok, which was made by Chinese company ByteDance, is one of the world’s most popular applications. But its rise to prominence is concerning experts who say that the company is collecting a vast trove of personal data on American users, which could be used to fashion advanced artificial intelligence to further the Communist government’s aims.

The experts, who were hosted by the Federalist Society earlier this month, were concerned that the companies could be compelled to send the data to the government and that Washington was falling behind on stemming the data flow.

WASHINGTON, September 8, 2021 – A client of a company that has been included in a list of companies the Federal Communications Commission said pose threats to the security of the country’s networks is asking the agency to reconsider including the company.

In a letter to the commission on Tuesday, Diversified Communications Group, which installs and distributes two-way radio communications devices to large companies, said the inclusion of Hytera Communications Corporation, a Chinese manufacturer of radio equipment, on a list of national security threats is “absurd” because the hardware involved is not connected to the internet and “does not transmit any sensitive or proprietary data.

“It seems that Hytera has been lumped in with other Chinese companies on the Covered List simply because they happen to manufacture electronics in the same country,” Diversified’s CEO Ryan Holte said in the letter, adding Hytera’s products have helped Diversified’s business thrive.

“This is a wrong that should be righted. Hytera is not a national security risk. They are an essential business partner to radio companies throughout the U.S.,” the CEO added.

In March, the FCC announced that it had designated Hytera among other Chinese businesses with alleged links to the Communist government. Others included Huawei, ZTE, Hangzhou Hikvision Digital Technology, and Dahua Technology.

List among a number of restrictions on Chinese companies

This list of companies was created in accordance with the Secure Networks Act, and the FCC indicated that it would continue to add companies to the list if they are deemed to “pose an unacceptable risk to national security or the security and safety of U.S. persons.”

Last month, the Senate commerce committee passed through legislation that would compel the FCC to no longer issue new equipment licenses to China-backed companies.

Last year the U.S. government took steps to ensure that federal agencies could not purchase goods or services from the aforementioned companies, and had previously added them to an economic blacklist.

In July, the FCC voted in favor of putting in place measures that would require U.S. carriers to rip and replace equipment by these alleged threat companies.

The Biden administration has been making moves to isolate alleged Chinese-linked threats to the country’s networks. In June, the White House signed an executive order limiting investments in predominantly Chinese companies that it said poses a threat to national security.

The Communist government has access to a vast trove from Chinese-made apps. 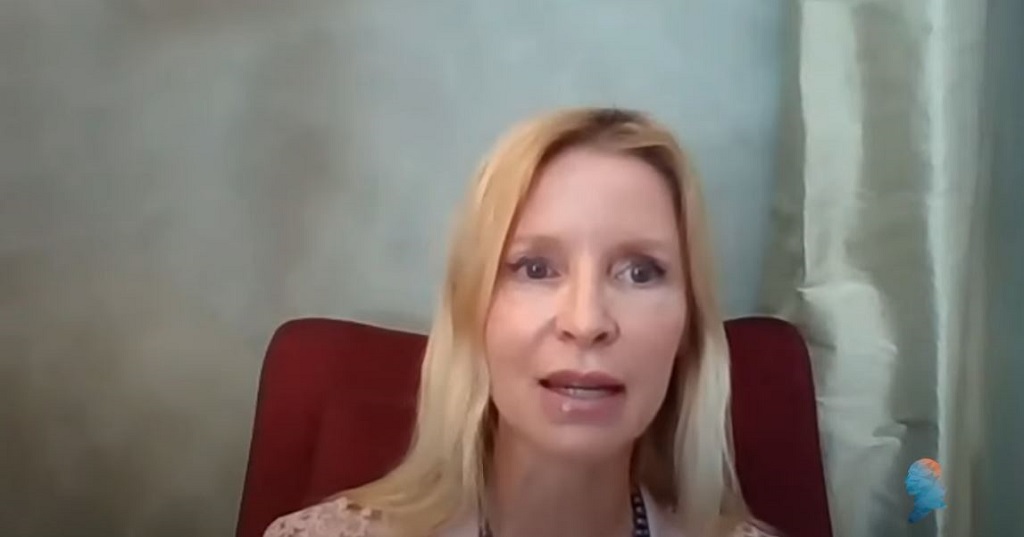 WASHINGTON, September 2, 2021 – Social media app TikTok’s rise as one of the world’s top downloaded software is concerning experts who say the aggregate data collected across a number of Chinese-made apps will allow the Communist government to get ahead of any federal action to stem the data flow.

In June, President Joe Biden signed an executive order that revoked a Trump direction that sought to ban TikTok and replaced it with criteria for the Commerce Department to evaluate the risks of said apps connected to foreign adversaries. The Trump administration even pressured TikTok to sell its U.S. business, but that never materialized.

On a webinar hosted by the Federalist Society on Thursday, panelists said the U.S. government may already be behind on the race to contain data collection and prevent it from getting into Chinese hands, who are creating advanced artificial intelligence using the data.

Margaret Peterlin, a lawyer, former Commerce Department aide and professor at the school of public service at Texas A&M University, said her concern with Biden’s executive order is whether it’s “strategically responsive” to what the Chinese government intends to do with all these sources of data – WeChat, TikTok, AliExpress, and its massive influence in telecommunications with Huawei and ZTE.

She noted that the Communist government has been very clear about its direction – that it wants to dominate and develop its data aggregation prowess to develop advanced artificial technologies. She illustrated this by using the example of how government uses advanced identification technologies and surveillance to monitor the Uyghur minority.

Peterlin also raised the issue of Chinese telecommunications companies like Huawei and ZTE, which have been the subject of restrictions from the Biden administration and the Federal Communications Commission in recent months. But she noted that Huawei is still in involved with regional carriers in the United States.

The FCC has addressed this concern by offering to compensate carriers to “rip and replace” that risky equipment. (Part of Huawei’s attraction is it’s relative low cost compared to its European rivals, for example.)

She noted that 5G “isn’t just another G” because there are many more connection and data points. Due to the promised lower latency, critical infrastructure like power grids and dams and even medical devices, can be controlled over the next-generation networks. Peterlin said these points of connection cannot be something the Chinese can get access to.

For Jamil Jaffer, founder and executive director of the National Security Institute, his concern is the pace at which the Chinese government is moving. “I worry that it’s very late in the process to be getting to this point, and they’re well ahead of us,” he said, speaking on China’s growing influence in the technology space.

Jennifer Hay, senior director for national security programs at DataRobot, a company that develops AI software, said Biden’s executive order should be able to expand to other platforms and empower the Commerce Department to look into what is going on behind the scenes on these applications.

She said the government needs to be able to make educated decisions about who’s using Americans’ data and what that data is being used for.

Hay even suggested that Congress step in and draft legislation on this kind of data collection, but Jaffer disagreed on the grounds that not only would a slow-moving government not be able to keep up with the rapid movement of technology, but legislation may impede business. He said this type of work is best left to the private sector to figure out.