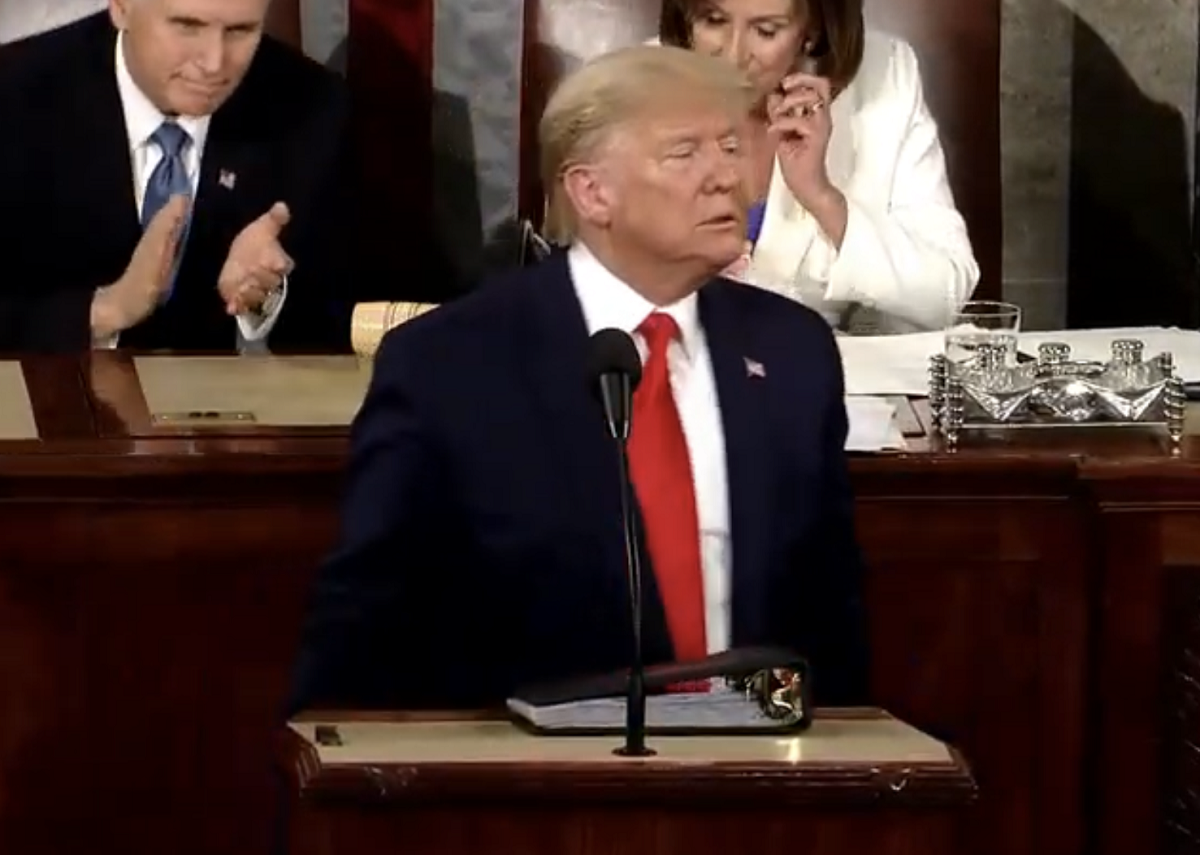 Screenshot of President Trump during the State of the Union address

One of the few moments of bipartisan cheering during President Donald Trump’s State of the Union address Tuesday night was when he mentioned rural broadband.

“I am committed to ensuring that every citizen can have access to high-speed internet, including rural America,” Trump said during the speech, his third official State of the Union address.

The President did not address the race to 5G. Although he mentioned infrastructure, his remarks made is seem as though he was primarily referring to transportation infrastructure.

“We must also rebuild America’s infrastructure. I ask you to pass [Wyoming Republican] Senator [John] Barrasso’s highway bill – to invest in new roads, bridges, and tunnels across our land,” Trump said.

Most of the evening took place in an atmosphere of tense partisanship.

Governors mentioning broadband in state of the state address

Several governors have already delivered their state of the state addresses, and many mentioned high-speed internet, cyber security, digital literacy, or other matters of broadband policy and internet technology.

“Increasingly, governors are using their platforms to underscore the importance of making sure all residents, regardless of where they live, have options to get online,” writes Government Technology staff.

Government Technology’s comprehensive list of the State of the State addresses also provides a short summary of the technology highlights.

As streaming platforms like Prime Video, Netflix, and Hulu change the landscape of television, Google Fiber announced Tuesday that it will no longer offer a TV package, reports Nick Statt of The Verge.

Instead, Google Fiber will continue service for customers that have the TV package, but concentrate resources on providing high-speed internet.

“The cost of deploying fiber internet was astronomical and the challenge of beating out incumbents like Comcast became increasingly costly,” as Google provided IPTV instead of cable and satellite, reports Statt.