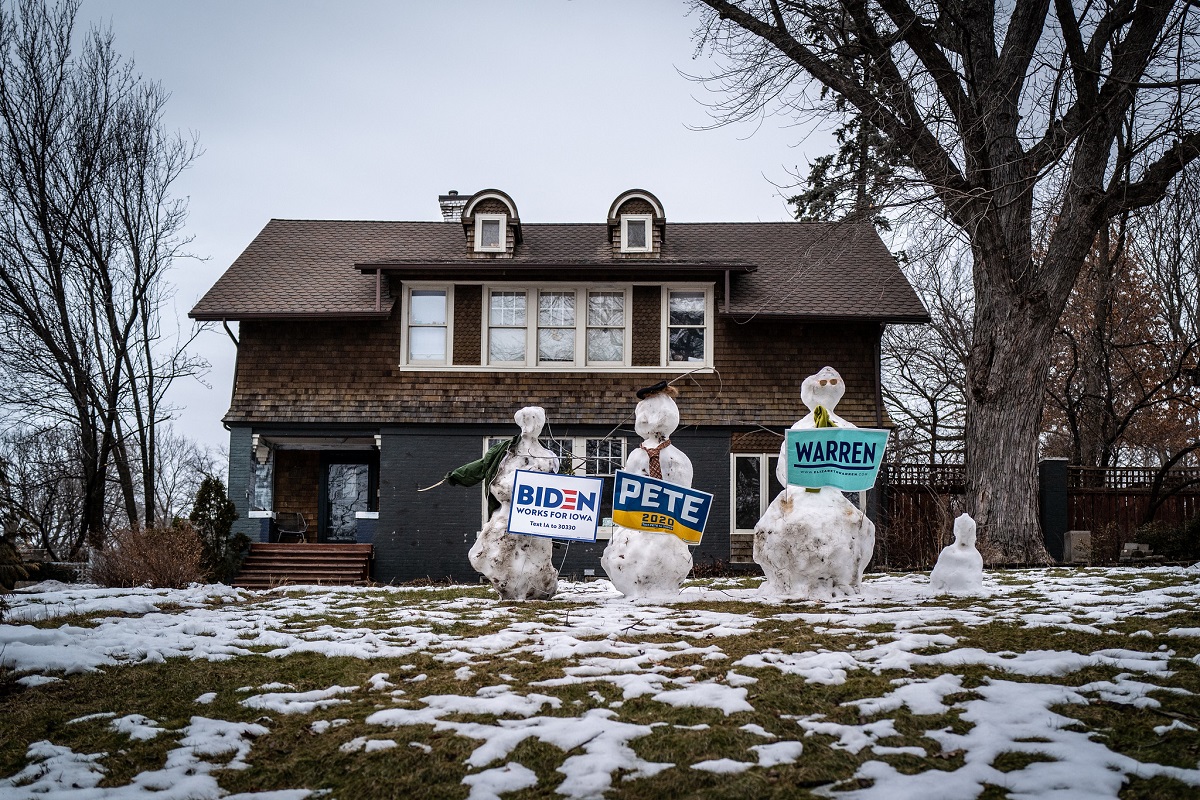 Photo of melting snowmen in Iowa on February 3, 2020, by Phil Roeder used with permission

The results from the Democratic Caucus in Iowa remained delayed, and the technology snafu is being blamed on an app designed to tabulate results that was made by Shadow, Inc., according to multiple press reports.

The New York Times cites a person familiar with the app as saying that concerns about poor broadband connectivity, and also high bandwidth use, could cripple its functionality.

The app experienced multiple malfunctions when party officials tried using it to call in for help or to get updates on Monday night.

Alex Halderman, professor of computer science at the University of Michigan, said that elections are not yet ready to go digital.

Putting forward a new way to think of Facebook

Facebook and its members more closely resemble a polity than a firm, argues an op-ed by Bronwyn Howell for AEI.

Facebook’s announcement of a quasi-judicial oversight board for the platform last August has raised many questions about the internet’s first “Supreme Court” of a global social media website.

Facebook users are “more like members of a club than customers of commercial firms,” argued the blog post, in that they engage with its content in a way that can’t be explained by a simple transactional framework. Polities “are shaped by a set of rules and laws made through a mix of formal procedures and informal norms, rather than economic transactions.”

Howell concluded that the best way to deal with the “company” Facebook may be to treat it as an actual community.

Makan Delrahim, the head of the Justice Department antitrust division, on Monday recused himself from the government’s investigation of Google in light of work he has done for the tech giant, according to a story in The New York Times.

Delrahim had facilitated Google’s acquisition of an ad-tech company as a lobbyist in 2007. Democratic presidential candidate Elizabeth Warren had called attention to Delrahim’s prior work for Google last year.

“As the technology review progressed, Delrahim revisited potential conflicts with previous work with the Department of Justice’s ethics office,” The Times quoted a Justice Department spokesman. “He and the ethics office have decided that he should now recuse himself from a matter within the tech review in an abundance of caution.”