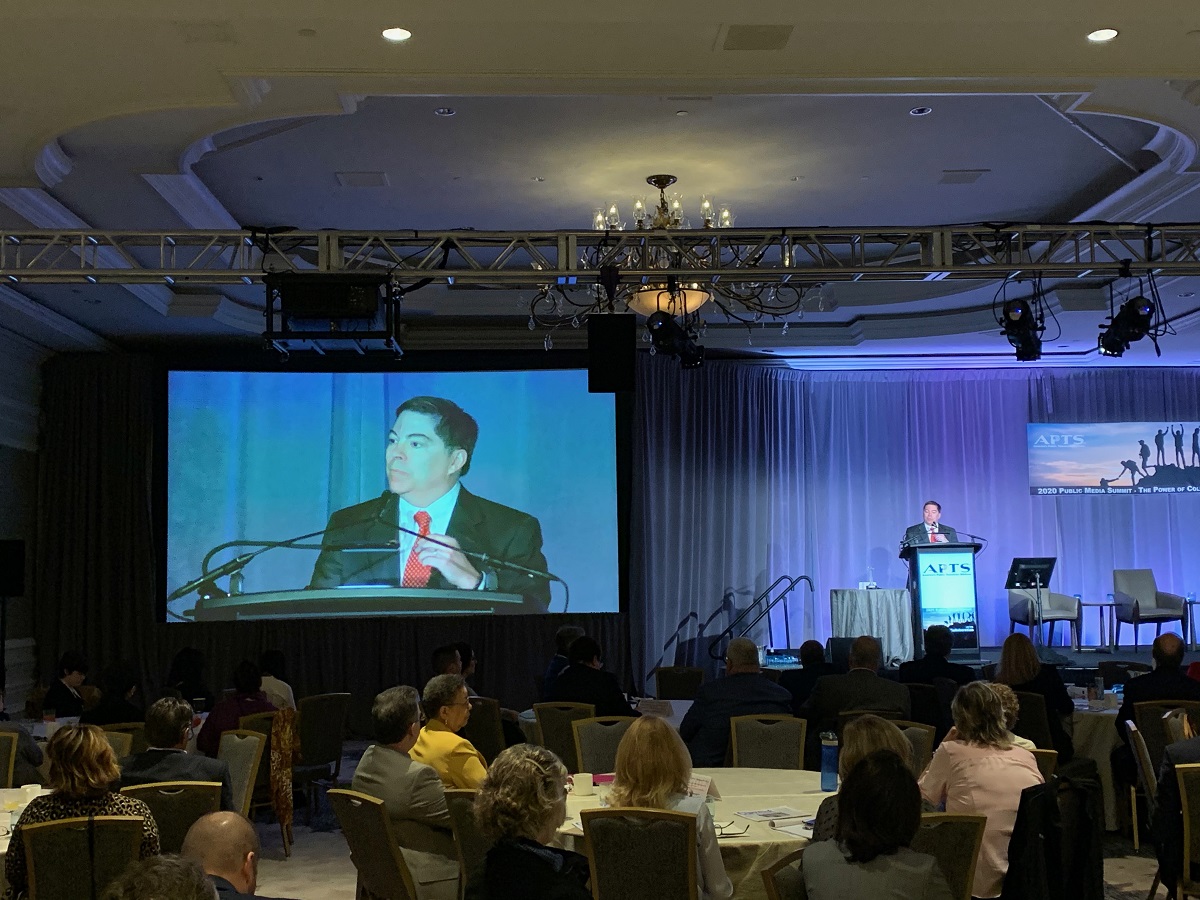 NextGen TV, formally known as ATSC 3.0 for the Advanced Television Systems Committee, is an internet protocol-based system designed by its namesake international nonprofit organization that coordinates technical standards for television.

In opening remarks, O’Rielly touted the different ways that NextGen TV can improve communications technology. NextGen TV will offer “immersive audio,” “precision agriculture,” and “datacasting,” which will enhance inclusion and efficiency in broadband for television.

“The future of public broadcasting is fairly bright,” chimed O’Rielly. In Q&A, a man from a town of 350 in New Mexico asked whether the FCC could guarantee universal service in an obscure town like his own.

“We’ve got a heavy heavy lift to do,” O’Rielly said, turning to the digital divide, stating that 20 million or more Americans are without broadband according to the FCC’s estimates. “The number could be double, I don’t know,” he admitted.

Elkins played the audience footage of a local Michigan educational show where other children tuning in could react with emojis to what they were seeing — expressing surprise, delight, or sadness— and seeing those emojis appear on their TV screens by way of the internet.

Lt. Gen. (Ret.) Reynold Hoover of RNHoover Consulting expounded on the benefits NextGen TV could have for datacasting. Datacasting refers to sharing public broadband in order to send encrypted and vital messages to first responders, like firemen or paramedics.

A former improvised explosive device specialist, Hoover described the possibilities of datacasting as endless. Much like the designer of an IED, the technology is “limited only to the imagination of the builder.”

But Hoover also assured his listeners that “yes, you always cut the blue wire” when defusing a bomb, much to the entertainment of the audience.