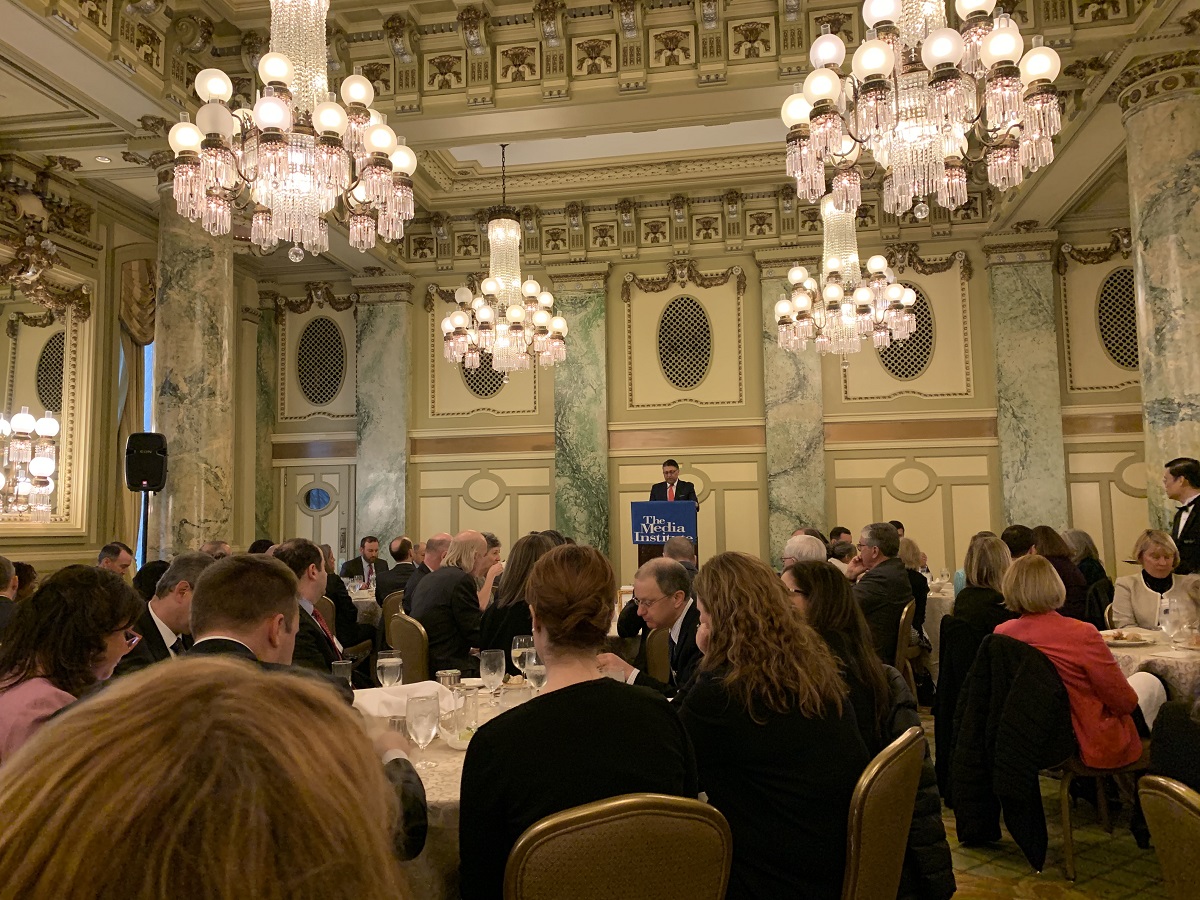 WASHINGTON, February 6, 2020 – Assistant Attorney General Makan Delrahim surveyed the antitrust and merger landscape from the Crystal Room of the Willard Hotel using the example of the T-Mobile/Sprint merger. He defended it for allowing rural communities to have better broadband.

Delrahim, who oversees that antitrust division of the Justice Department, played a key role in shepherding the merger along.

Delrahim has said he would have refused to allow the number of national wireless carriers to shrink from four to three, and that he only permitted T-Mobile’s acquisition because of Dish Network’s involvement in buying certain T-Mobile assets.

Notwithstanding the approval by the Justice Department and the Federal Communications Commission, about 15 states are continuing to challenge the merger in court.

Delrahim argued that the merger was ultimately beneficial to consumers. Specifically, he said the department found that the telecommunications merger would allow consumers, especially those in underserved rural communities, to benefit from the increased availability in 5G.

Lastly, Delrahim insisted that the merger would bring health, safety, and quality to the rural population, and that previously unused spectrum of Dish Networks would now be available to consumers.

Delrahim referenced a requirement that the companies agreed to of servicing at least 99 percent of rural populations. He also said it was approved because, conversely, it didn’t harm consumers by restricting competition.

In fact, in an attempt to highlight these improvements in bureaucratic communication, he titled his speech “Getting Better” by the Beatles.

He touted the department’s publishing of a Model Voluntary Request Letter, which he said makes it easier and more transparent to deal with the department in investigations.

He also touted how Justice has consistently beat its “six-month investigation pledge,” averaging 5.7 months from the moment companies proposed a merger to when it is either approved or rejected by the agency.

He conceded that some cases went beyond the six-month limit, but that these were either due to external factors or the corporations themselves being slow to produce relevant documents.

Delrahim said he recognizes that any prolongment of this process hurts companies bottom line which is why the the department has “taken concrete steps to minimize delay” and minimize uncertainty.

Asked about the department’s antitrust investigation of Google, Delrahim referenced his recently-announced recusal from the case and pivoted back to addressing the T-Mobile/Sprint merger.