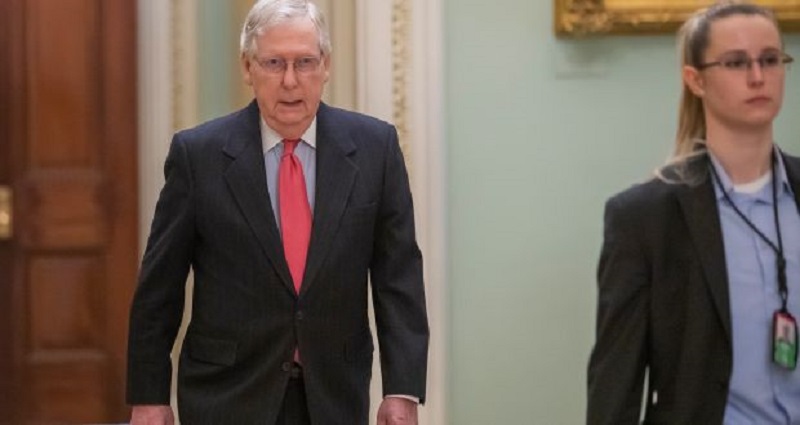 Photo of Mitch McConnell arriving at the Senate on Wednesday

The CARES Act allocates $200 million to the Federal Communications Commission to bolster telehealth and telemedicine.

“The CARES Act would support this critical shift in healthcare delivery by giving the FCC the money and authority to quickly fund telehealth programs across the country—programs through which patients can be monitored and treated outside of a healthcare facility, receiving quality care while freeing up inpatient resources for sicker patients,” said FCC Chairman Ajit Pai.

In the aftermath of library closures due to the coronavirus, the National Emergency Library will suspend waitlists until June 30, 2020, writes Chris Freeland for the Internet Archive.

“Users all over the world have equal access to the books now available, regardless of their location,” writes Freeland.

The Consortium for School Networking hosted a webinar on Zoom yesterday to give tips on how to conduct virtual conferences.

Dan Foreman, the manager of professional learning for the Verizon Innovative Learning Schools initiative, encouraged audience members to accept the lack of control in a digital environment.

“Over-communicate everything,” advised Foreman. Practice virtual meetings with family members before officially conducting a meeting or conference, and do not panic, said Foreman.

Foreman invited the audience to “fail forward” or continue progressing and learning through the mistakes that will come by moving everything to a digital platform.

CoSN recorded the Zoom session, and it will be available on the website.

Broadband Breakfast Live Online Panelists, and Others in EdTech, Agree that Internet is Not Optional Anymore