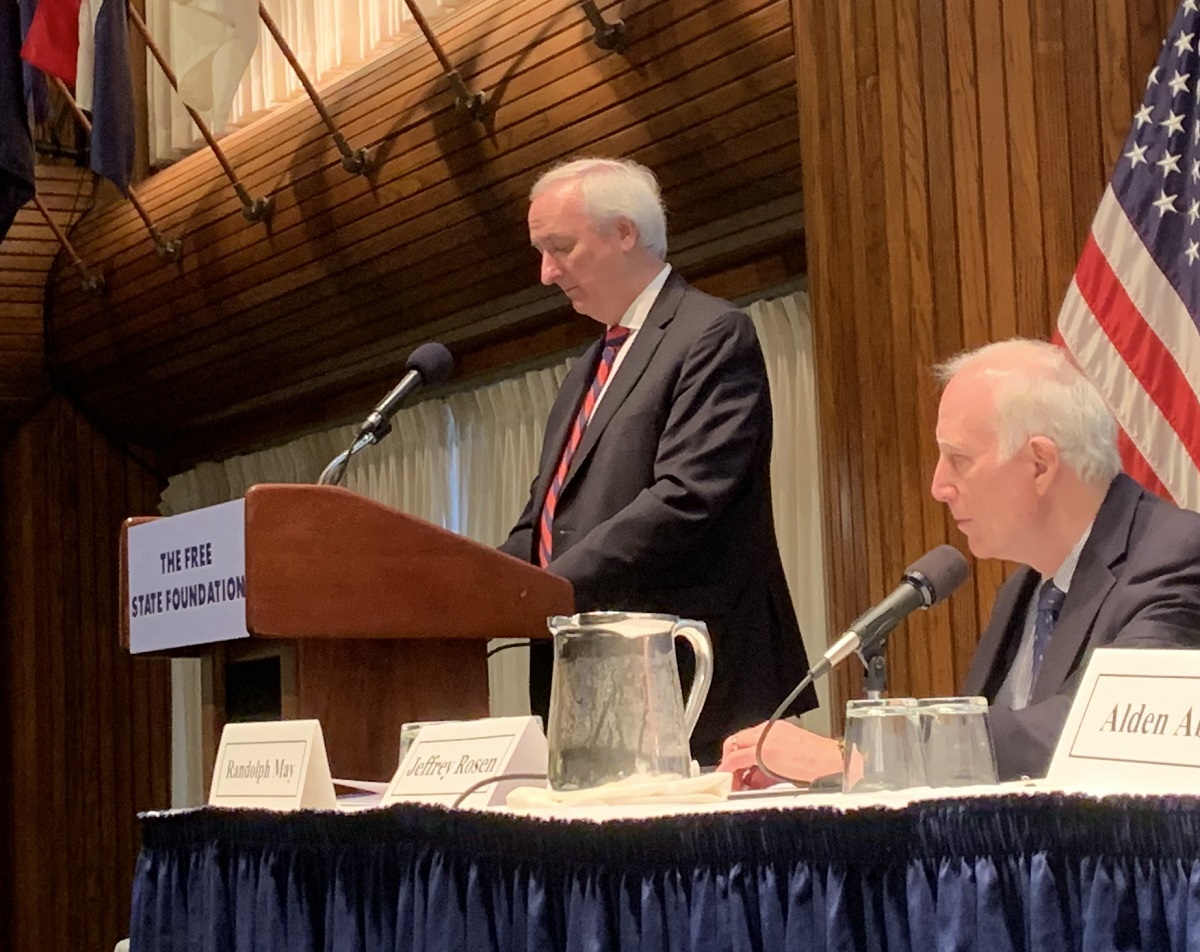 That was the question Deputy Attorney General Jeffrey Rosen posed to the attendees of the Free State Foundation conference on Tuesday.

“Some say innovation in the U.S. has been on the decline for the past two decades,” Rosen said. “Some say the tech giants are in part to blame.”

Rosen implied that innovation has indeed declined due to large platforms like Facebook, Amazon, Google, and Apple. From big tech’s perspective, the incumbent monopoly has “every incentive to thwart innovation” from outside the monopoly.

“However,” said Rosen, “I am not yet today able to answer any of the questions I’ve just posed,” citing the ongoing nature of the litigation.

Rosen also criticized tech platforms for distorting Section 230 of the Communications Decency Act. Section 230 states that “No provider or user of an interactive computer service shall be treated as the publisher or speaker of any information provided by another information content provider.”

“We are concerned that Section 230 has also enabled some harm,” continued Rosen. The internet has evolved from the ancient era of archaic chat rooms like “AOL, CompuServe, and Prodigy.”

“Platforms are now publishers and speakers of their own content, and not merely” chat room hosts, he said.

Rosen laid into what he called “purposefully enabled illegality” of platforms in permitting sex trafficking.  The “primary aim of the 1996 Decency in Communications Act,” from which Section 230 was derived, “was to promote decency online,” Rosen stated.

Rosen also referenced the Federal Trade Commission’s February 11, 2020, order compelling the big five tech companies to detail all acquisitions over the past 10 years.

Specifically, they “require Alphabet Inc. (including Google), Amazon.com, Inc., Apple Inc., Facebook, Inc., and Microsoft Corp. to provide information and documents on the terms, scope, structure, and purpose of transactions that each company consummated.”

This order represents just a fraction of the litigation taken against big tech, in which other federal agencies, the states, and Europe have taken part.