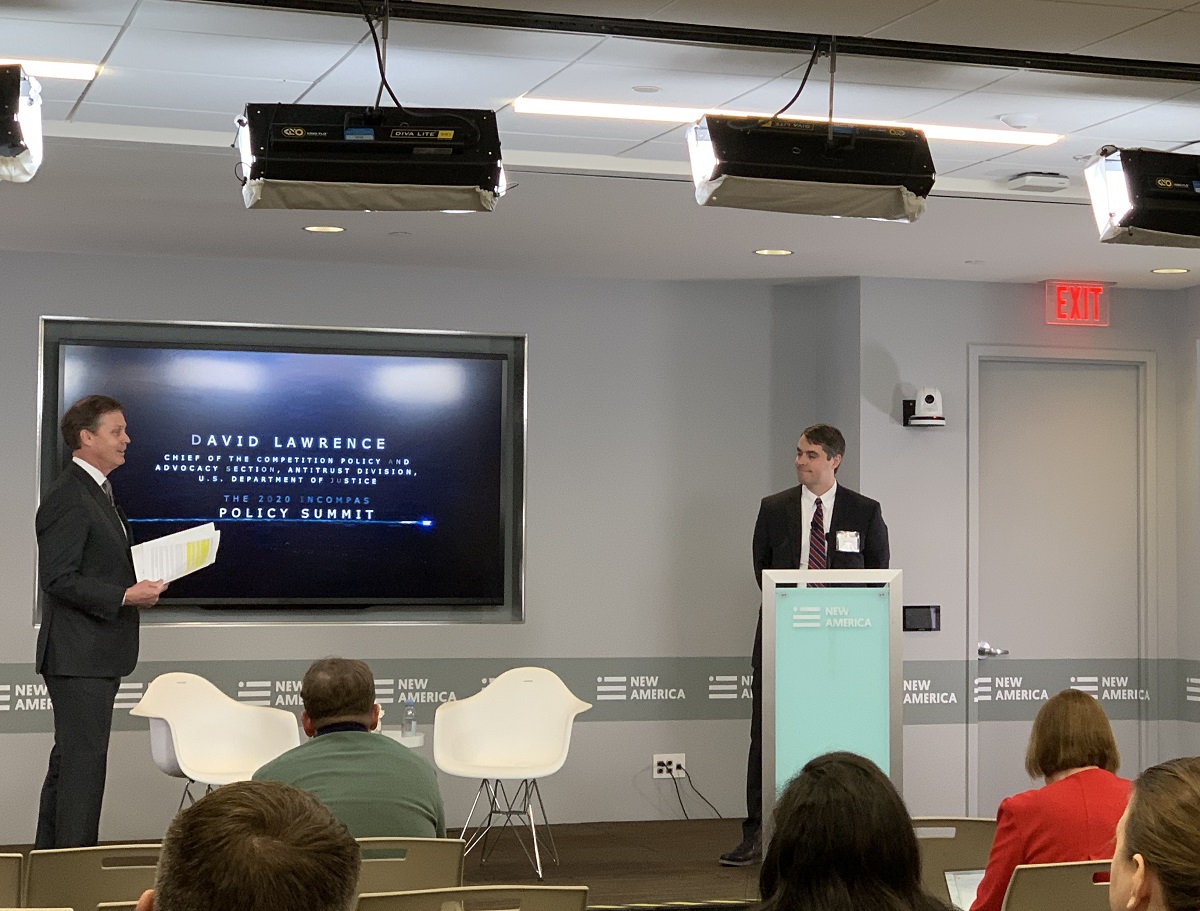 WASHINGTON, March 4, 2020 – David Lawrence, chief of the competition policy and advocacy section of the Justice Department’s antitrust division, called the telecommunications industry, relative to all other industries, “the goose that lays the golden egg.”

Lawrence praised competition in telecommunications policy as seemingly the only issue that Congress can agree on these days.

Lawrence recited two quotes, each one extolling the virtues of competition, and then asked the audience to attribute each quote to either Republican Federal Communications Commission Chairman Ajit Pai or former Chairman Tom Wheeler, a Democrat.

Hesitant hands and split results spoke to Lawrence’s point that both political parties believe in the doctrine of competition in the telecommunications space.

Most interestingly, Lawrence demonstrated how far healthy competition has come by juxtaposing the development of the iPhone with that of the “Clifton” phone.

In 1957, a namesake Texan rancher wanted a way to make calls while riding his horse. Pairing radio technology with duct tape and true grit, he made it from scratch. But not long thereafter, AT&T appealed to the government through its privileged relationship to block the development of Clifton’s phone.

It took 10 years of court battles and intervention by the FCC until Clifton was finally able to market his phone, Lawrence recounted.

Lawrence brought the crowd to 2007 and the release of the iPhone. This time the villain became the hero, or at the least a sidekick: AT&T partnered with Apple to be its exclusive carrier for the first generations of the iPhone.

In fact, AT&T provided Apple with “an enthusiastic assist” and even “worked with [them] on a new deployment technology,” said Lawrence.

The DOJ official concluded his anecdote with the following mantra: “Competitive markets are preferable to regulatory ones.”

What, by the way, was the golden egg laid by telecom’s prolific goose, according to Lawrence?

Perhaps the FCC can hatch an effective plan in the 5G race against China before it gets its own goose cooked.