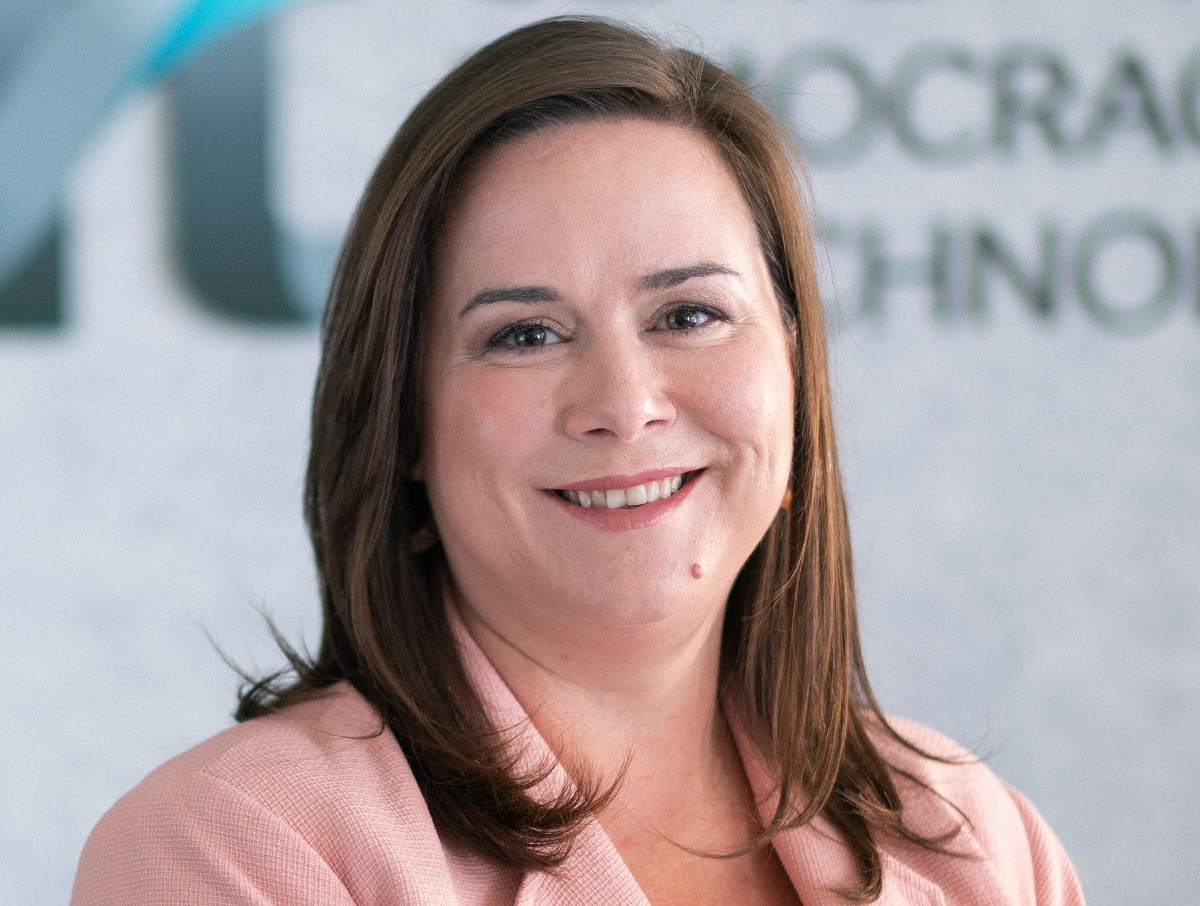 Photo of Michelle Richardson from the Center for Democracy and Technology

April 22, 2020 – With artificial intelligence coming up more and more frequently in every area of everyday life—from transportation, grocery shopping to Alexa and Siri—  it might be natural assume that the technology would be helpful in addressing the coronavirus.

“That at least so far hasn’t turned out to be true,” said Alex Engler, a Brookings Institution fellow of government studies.

There have been small pockets of COVID-19 relief in which AI has been helpful at the margins, such as in assisting the construction of some disease spread models.

And there are hypothetical projects where it could be helpful, like to improve the accuracy of COVID-19 testing in conjunction with CT scans and in modeling the protein structure of the virus.

But mostly, the media has been rife with misleading or inaccurate claims— Engler called them “snake oil”— about the ability of AI to address the crisis.

Engler spoke about the claim that AI and thermal sensors could sense the presence of COVID-19 in individuals as an example of misinformation in the media.

He sighed when fellow panelist Michelle Richardson, director of the Data and Privacy Project at the Center for Democracy and Technology, referenced an article claiming that AI is being used to tell whether or not citizens are wearing a facemasks.

The panel then turned to contact tracing and its hot new cousin: Proximity tracing.

Panelists Engler and Richardson debated the feasibility of Apple and Google’s proposed “proximity tracing” applications, in which the spread of disease isn’t tracked by individual locations but by the Bluetooth activation on devices that come within a certain distance of each other.

Individuals tested positive for the virus can then send an alert to every device that came into contact with that of the infected persons and tell them that they may have been exposed to the coronavirus.

Engler laid out the barriers: for proximity tracking to work: Americans would have to update their operating system, download an app, and consent to its privacy policy.

Then he laid out the numbers: 81 percent of Americans own smartphones, according to Pew.

Richardson identified more practical problems, such as the utility of the model on asymptomatics.

But Engler pushed back against that notion. Proximity tracing would be helpful for asymptomatic because it would give them “a good idea” of whether of not they are silent carriers and would inform them on how careful they should be in their interactions.