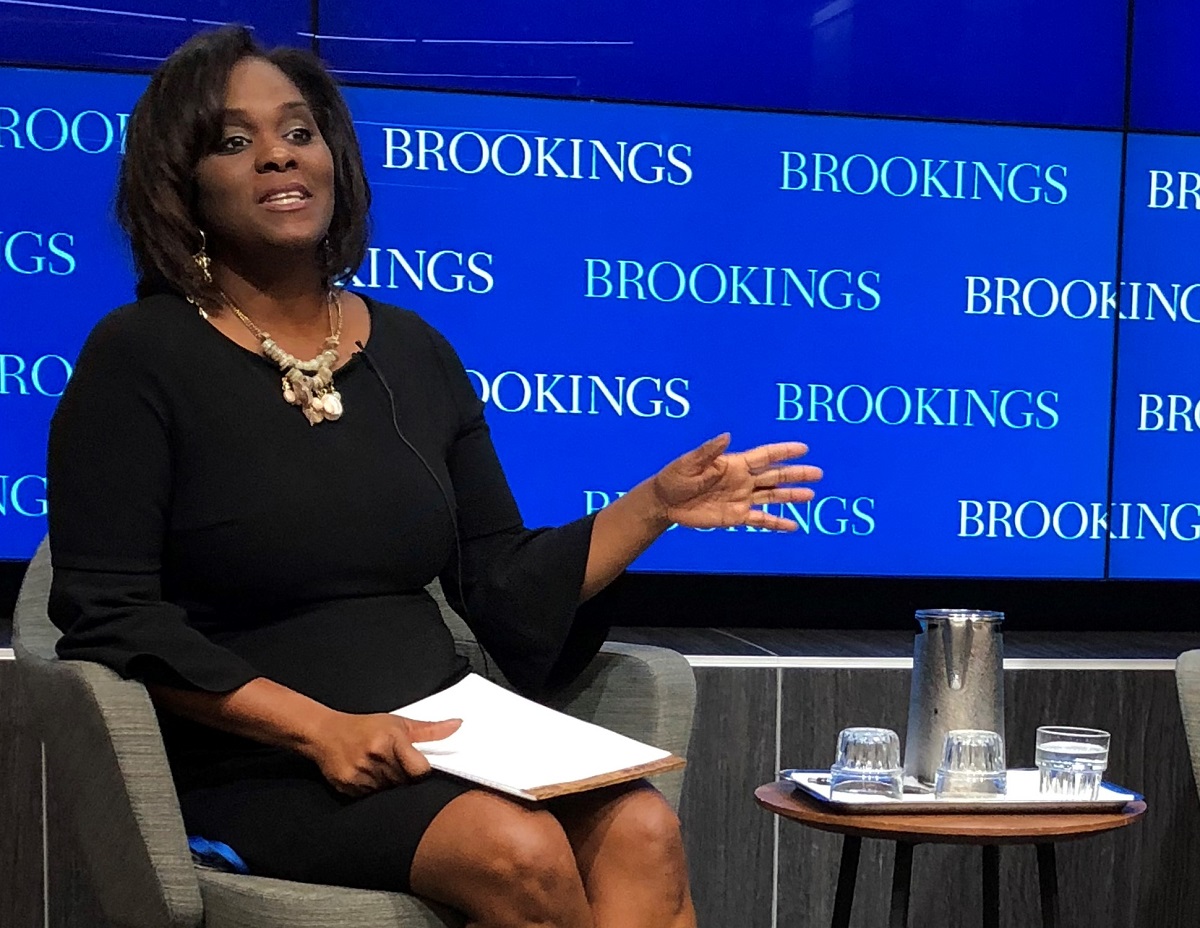 April 10, 2020 – Participants in a Brookings Institution meeting on Zoom expressed interest in an off-hand comment FCC Commissioner Jessica Rosenworcel made about deploying Wi-Fi-enabled buses to provide hot-spots for rural students.

Nicol Turner Lee, a fellow at Brookings’ Center for Technology Innovation, and Cathy Trimble, principal of the Francis Marion School in Alabama, asked why this practice couldn’t become more widespread.

Wi-Fi in school buses could be a short-term solution for giving students on the wrong side of the digital divide the internet they need to complete their homework, they said.

“As far as I’m concerned, let’s do it, and let’s do it right now,” Rosenworcel, a staunch advocate for eliminating the so-called “homework gap,” said of the idea, during the Wednesday webinar.

Rosenworcel elaborated on her encounter with a farmer in Coachella, California who came up with the idea of using buses to beam broadband after noticing that the tablets that were donated to the students in his district were useless without connectivity.

The practice caught on from there and spread throughout the nation.  In fact, one of the panelists had reported seeing these buses more than once. “My kids think I’m not getting enough sleep ‘cause I keep seeing this bus,” said Turner Lee.

Rosenworcel took her commitment to providing broadband to needy students to its extreme while talking about the release of the 6 GHz band for unlicensed spectrum. “Let me be clear: I want the FCC to solve the homework gap,” Rosenworcel said.

Trimble provided context for what the homework gap felt like on the ground. When her high school was forced to go remote due to the coronavirus, Trimble said that she and her teachers “spent an entire day” contacting students and their parents “to see who had access to Wi-Fi or who had access to the internet.”

Once a list of students who lacked broadband was compiled, she arranged for those students to receive “hard copy packets” of the week’s readings and homework assignments.

Nonetheless, Trimble’s school has persevered despite inadequate broadband. She proudly noted the 100 percent student graduation rate for seniors and 100 percent acceptance into college in a county where the median salary is $23,000 a year.

“If anybody ever makes an investment in this community, I promise you they’ll get an outstanding return from our outstanding young people,” Trimble said.

Trimble also scolded education officials in her county for slacking. She recounted to the panelists how when she first found out about the E-rate program, which is the largest extant fund for donating education technology to needy schools, she also found out that no one in her country had sent in an application. “We need someone advocating for us,” Trimble said.

She also related a story about how excited she and her colleagues were to begin a “Girls Who Code” chapter at her school after attending a seminar by Apple. Trimble organized the club and found support in some female students “only to find the devices were antiquated.”

Turner Lee then coined a term to describe the disparity that Trimble was describing: “broadband gentrification.”