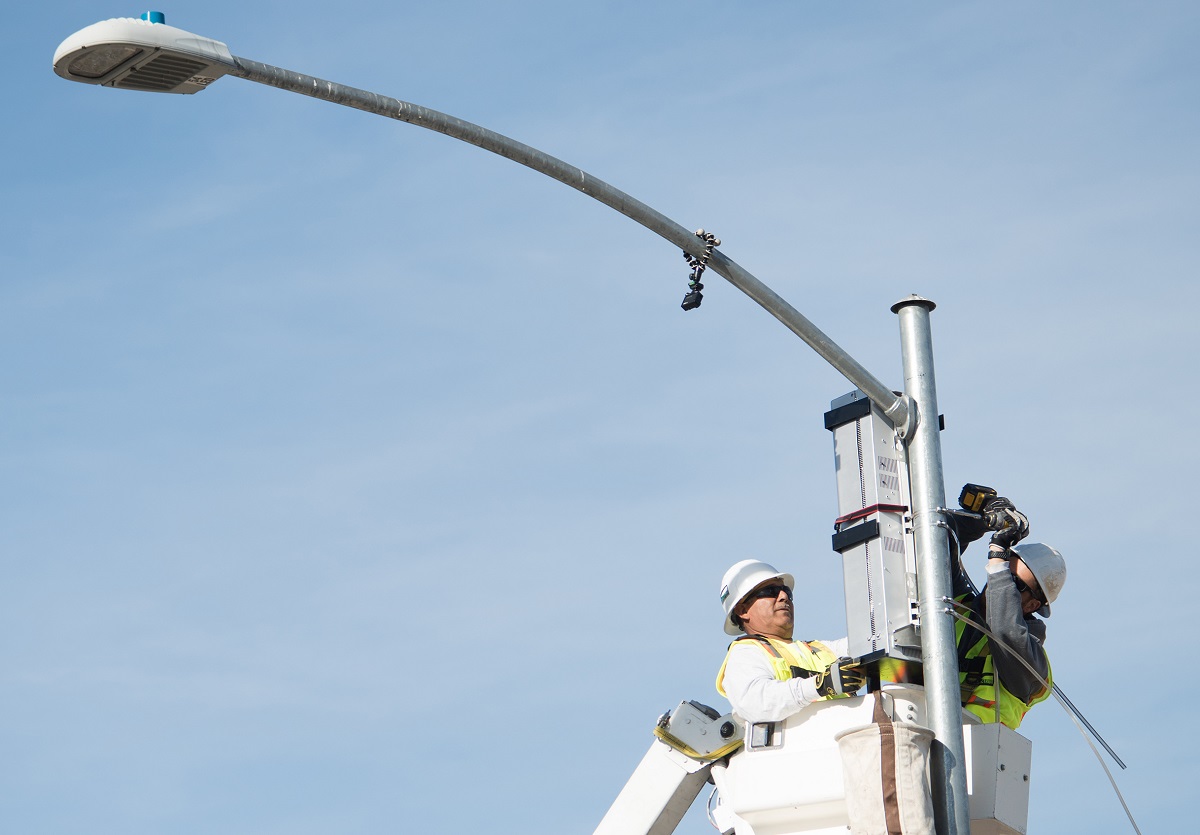 April 8, 2020 – Syracuse, New York, has made significant strides in implementing small cells technology to poles, according to a webinar hosted by smart city-accelerator US Ignite on Monday.

So-called “small cells” are the wireless transmitters and receivers that go on streetlights on poles in a city. They will make up the “smart city” infrastructure necessary to seamlessly transmit using 5G, the next wireless standard.

The transceivers are smaller than the conventional free-standing cell towers more typical of the 3G and 4G technological eras.

“We have a vision and a strategy in Syracuse called the Syracuse Surge,” explained Sam Edelstein, chief data officer for the city. The Syracuse Surge, Edelstein said, the execution of a commitment the city has to being one of the cities of the future.

Edelstein acknowledged that there is much ground to cover.

“Our internet connectivity in parts of the city is really horrible,” Edelstein said. “In the poorest census tracts, only 25 percent of the pop has broadband and at least one working laptop.”

Edelstein said that buildout contracts with the city’s main partner, Verizon Wireless, have been stalled by residents expressing health concerns. Specifically, in the wake of coronavirus panic, Syracusians have reignited the often discussed but unproven claims that 5G millimeter waves cause cancer.

Nonetheless, Syracuse officials had to convince Verizon to test every single device around the city for health effects – and to shut them down if there were issues.

Despite these setbacks, Syracuse has made auspicious progress in implementing small cells. In fact, the progress has been so good that city officials recently lowered the estimate for universal, 100 percent broadband city coverage from five to three years.

So far Syracuse has had five small cells installed and 41 permits issued for more. Edelstein expects hundreds more coming in the next couple years.

Syracuse is not the only city making headway with small cells speaking on the panel.

Joshua Pace, a spokesperson for Colorado Springs, mentioned on the webinar how the city installed its first batch of small cell poles at the end of 2019.

These “smart streetlights” can gather data like energy use and outages, and they have the ability to dim the lights to conserve energy according to residential needs. Pace expressed excitement for the rollout of more small cell technology.

Pace also said that another priority of his is to erect as few new poles as possible, and to keep the right of way areas clear. The poles are located in traffic intersections and public spaces.

Considering that smart cell poles will need to be at least 30 feet in height, an onslaught of new so-called “street furniture” can obscure the view of pedestrians and thus might pose a threat to the public welfare, Pace said. 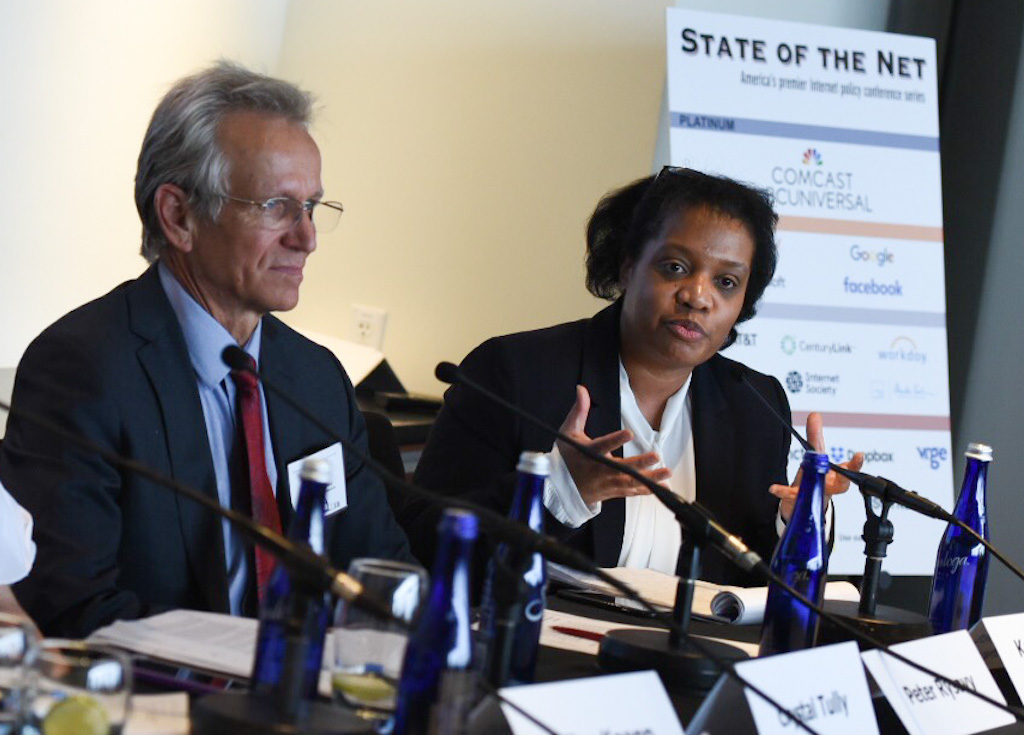