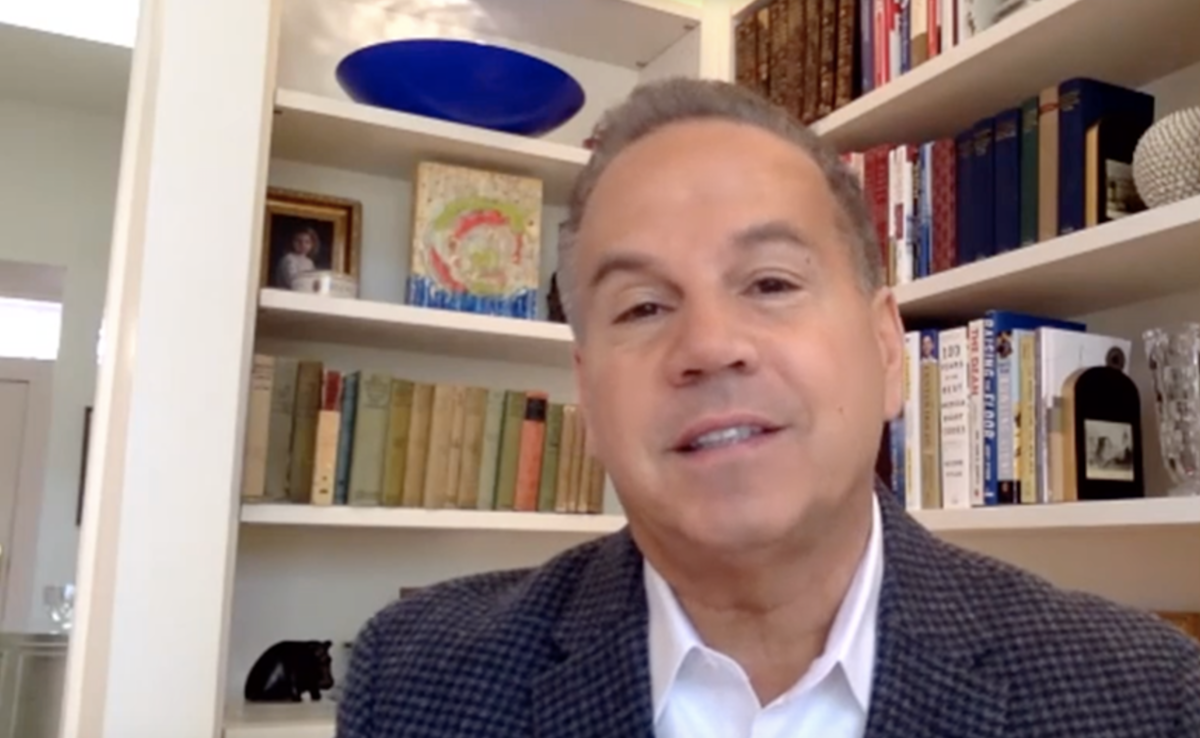 Screenshot of Rep. David Cicilline from the webinar

May 7, 2020 — Rep. David Cicilline, D-R.I., head of the House Judiciary Subcommittee on Antitrust, Commercial and Administrative Law, said Thursday that he will not lessen the intensity of his investigation into anticompetitive practices potentially committed by big tech.

Cicilline expressed concern about a post-recession landscape in which big tech companies “gobble up” all competitive opportunities.

“We have seen this movie before,” Cicilline said, referencing airline and banking industry consolidation in the years following the Great Recession.

Speaking on a Politico webinar, the congressman also drew parallels with current roadblocks in providing COVID-19 related healthcare, such as consolidation and infighting in the ventilator manufacturing industry.

Investors are out there “licking their chops” and being told that “there are great opportunities out there,” Cicilline said.

Cicilline also honed in on Amazon and its alleged anticompetitive practices, saying that he had received signals of “complete cooperation” from the heads of Facebook, Apple and Google but that Amazon CEO Jeff Bezos expressed hesitation about coming to testify before the subcommittee.

Cicilline said it is “hard to imagine” that he completes his investigation without hearing from the CEOs of each major tech company.

The business practices of Amazon are “central to this investigation,” Cicilline said. “It is our hope and desire that [Bezos] comes voluntarily, though we are prepared to use compulsive processes.”

Cicilline originally planned to have his investigation and report concluded by the end of March, but quarantine-induced obstacles pushed back the projected end date to the end of spring.

While he expressed hopes of introducing antitrust legislation before the end of the year, Cicilline admitted that its prompt passage remained an “open question.”

In light of the challenges caused by the coronavirus quarantine, Cicilline said he has explored possibilities ranging from remote hearings to meetings in physical chambers large enough to respect social distancing regulations.

“I do think we’re going to have to figure that out at some point to have actual hearings,” the congressman said.

Cicilline also isn’t bowing to pressure that he grant big tech some leeway on account of their contributions to the coronavirus pandemic, as catalogued in a Broadband Breakfast report.

“I think it’s terrific when comps behave that way,” he said, “[but] they’re two different issues.”

Even though many of the services offered by big tech are free, consumers pay for these services with “your eyeballs, your attention, your data,” Cicilline said, adding that he hoped that Joe Biden would be more aggressive in pursuing antitrust if elected.

The Rise, Reign, and Self-Repair of Zoom