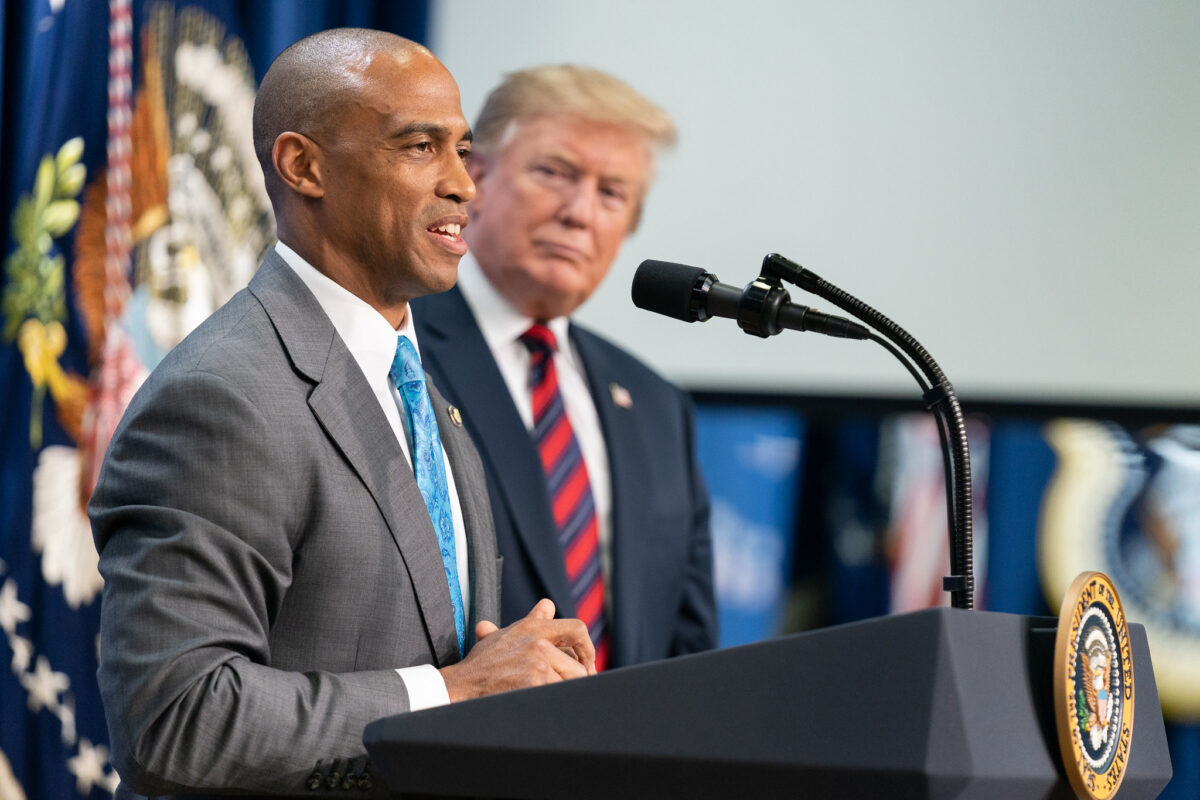 Opportunity Zones, low-income areas where private corporations can receive tax benefits to stimulate economic development, were created in 2018 as a result of the Tax Cuts and Jobs Act of 2017. There are currently Opportunity Zones in all 50 states.

Members of the cabinet spoke to President Donald Trump about the zones and said that their development was impressive, in spite of the economic turmoil caused by the ongoing coronavirus pandemic.

Scott Turner, Executive Director of the White House Opportunity and Revitalization Council, said that the efforts would continue amidst the current recovering economy.

“Yes, COVID is here, but our mission and the spirit is still the same, and now we’re just going to ramp it up,” he said.

The positive report on Opportunity Zones came the same day as Wall Street had its best day in six weeks, prompted in part by promising initial results in a vaccine trial.

Still, full economic recovery is expected to take some time, with Federal Reserve Chairman Jerome Powell saying in a CBS interview Sunday that “we won’t get back to where we were by the end of the year, it’s not likely to happen.”

Brooke Rollins, Director of the Domestic Policy Council, said that the Opportunity Zone efforts were among other successes of the administration.

Trump said that increased economic development had enabled the U.S. markets to bounce back from the virus’s effect on the economy, and for healthcare to thrive.

“Not only are the markets up tremendously, but we’ve had tremendously good and positive information on therapeutics, on cures, and on vaccines,” he said.

“Home prices in designated Opportunity Zones around the country keep showing strong gains, tracking the housing market boom now in its ninth year. Nearly half did even better in the first quarter of 2020 than the nation as a whole – a notable trend in some of the country’s most distressed neighborhoods,” said Todd Teta, chief product officer with ATTOM Data Solutions.

“As with other recent ATTOM reports, this one needs to be taken in the context of the looming impact of the Coronavirus pandemic, which could cut the legs out from under the housing market,” Teta added.

Apple Gets a Foot in Joe Biden’s Door. What Will It Mean for Silicon Valley? 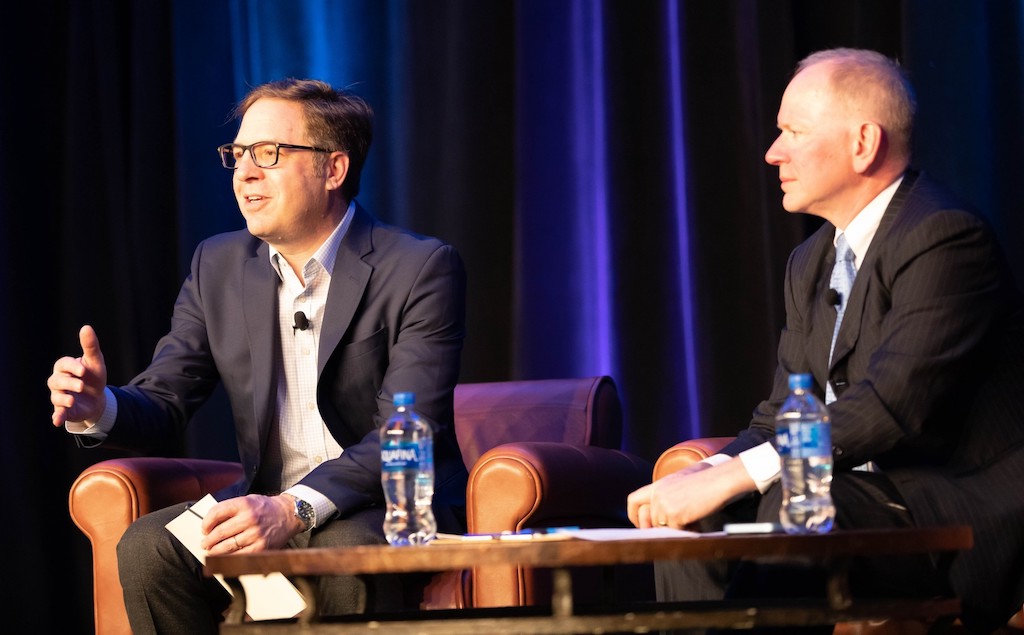 WASHINGTON, June 9, 2022 – Though the head of the National Telecommunications and Information Administration says he looks to “pressure” states with restrictive laws on municipal broadband builds to use infrastructure money for that end, some aren’t convinced that the federal government can get that deep into state affairs.

The “NTIA lacks the authority to require states that have adopted laws restricting municipal broadband systems to waive or otherwise disregard these state restrictions,” Randolph May, president of the Free State Foundation, told Broadband Breakfast.

“Perhaps NTIA can encourage (strongly or otherwise) states to do so, but it can’t condition their receipt of BEAD grants on states’ refusal to do so,” May added.

The comments come after NTIA administrator Alan Davidson said during Broadband Breakfast event in April that his office is looking to pressure some states to work around their laws to allow the money to go toward municipal broadband builds.

NTIA is  entrusted with handing out to the states $42.5 billion from the Infrastructure, Investment and Jobs Act.

Davidson added during a fireside chat with Broadband Breakfast Editor and Publisher Drew Clark at the Mountain Connect conference in May that the success of the Broadband Equity, Access and Deployment program will depend on getting “every state and territory on board.”

“I do think there will be a lot of deep directions to states,” he said about how the NTIA will administer the BEAD program.

On municipal broadband, Davidson said that the BEAD’s notice of funding opportunity is explicit in that it does not allow eligible entities to not consider public provider types out of hand.

“We are doing all we can to lean into the idea that we believe there is going to be a variety of approaches that communities play a huge role here,” Davidson said in the exchange with Clark. “You know states have their laws, we are going to try and do all we can under the law to pressure states, and to make sure that states are transparent where they are not able to meet them.”

The view on municipal broadband

Depending upon the party in the White House, municipal broadband is often considered a best practice by the Federal Communications Commission. Yet it has been outlawed or circumscribed in more than a dozen states.

The FCC understood this clause to include state subdivisions within the operational definition of the word, “entity.”

In Nixon v. Missouri Municipal League, however, the Supreme Court of the United States ruled in 2004 against a municipal broadband service that argued that Missouri’s attempts to stifle its work violated the Telecommunications Act of 1996.

The court held that a state’s own subdivisions did not constitute the “entities” protected in the Telecommunications Act. This decision disregarded the FCC’s framework and opened the door to challenges to municipal broadband efforts. Missouri was not the last state to restrict municipal broadband.

Not all states’ legislation designed to curb municipal networks looks the same, however. States with such legislation exist on a sliding scale.

Some states, such as Nebraska, ban public entities outright from providing broadband services on a retail or wholesale level. South Carolina presents so many obstacles to municipal broadband that such efforts are usually far too expensive or unwieldy to pursue.

The legislators that push these bans often argue that private internet providers are better equipped to provide these services to consumers, and that municipal efforts are a waste of taxpayer money. Advocates for this type of legislation also argue that municipal networks are inherently anticompetitive – as municipalities would compete with the private industry in addition to regulating it – in effect serving as both referee and player in the space.

A limited rollback of restrictions

Though some states have rolled back some restrictions in recent years – namely Arkansas and Washington – municipal efforts are still outright banned or heavily discouraged in 17 states.

In Arkansas, the shift appeared to come as a response to the Covid-19 pandemic. Senate Bill 74 was sponsored by Republican Arkansas State Sen. Ricky Hill and was signed into law by Republican Gov. Asa Hutchinson in February of 2021.

The bill recognized broadband as “necessities” and that citizens who lack broadband “also lack access to healthcare services, education services, and other essential services.” The bill amended the Telecommunication Regulatory Reform Act of 2013 to allow municipal entities to provide broadband services to consumers.

Data gathered prior to the pandemic and published in the International Journal of Digital Economy, Data Sciences, and New Media argues that restrictions on state and municipal broadband decreases broadband penetration by 1-2 percentage points and 3 percentage points, respectively.

“These results make a strong argument that state broadband policies are having a measurable impact on broadband diffusion across the U.S., including in rural areas,” the study’s authors concluded. 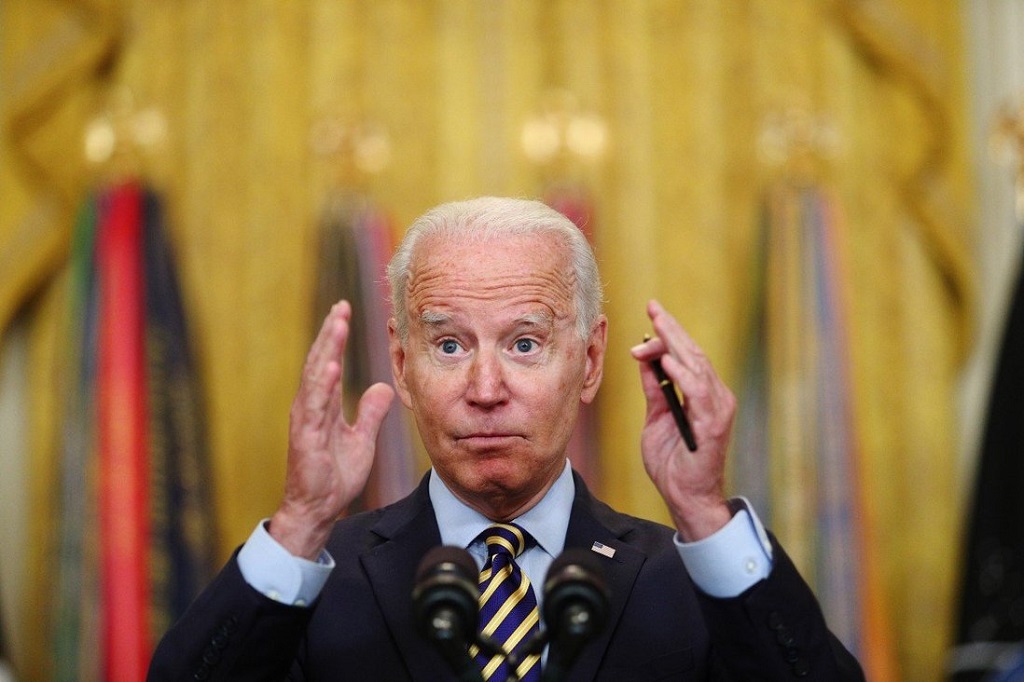 July 9, 2021—President Joe Biden on Friday announced his intent to sign an executive order addressing an array of 72 initiatives, including net neutrality, and generally taking aim at big telecom and tech companies to address competition in the economy.

The White House released a fact sheet on the goals and the actions to be taken to achieve them.

The order would, among other things, task the Federal Communications Commission with reinstituting pre-Trump administration net neutrality rules.

Under former President Barack Obama, the FCC in February 2015 enacted net neutrality rules promoting what his administration called “the open, fair, and free internet as we know it today.”

It pointed to the 200 million Americans that live in regions with only one or two internet service providers and stated that this contributes to inflated internet service prices up to five times higher than in areas with more than two ISPs.

The order also condemned relationships between landlords and broadband providers that block new providers from expanding or improving broadband infrastructure to unserved and underserved areas, and it urged the FCC to enact rules to ban such deals and relationships.

To improve price transparency, Biden also urged the FCC to implement a “Broadband Nutrition Label” and require that all broadband providers report their service plans and rates to the FCC for evaluation.

Additionally, the plan directed the FCC to address unreasonably high, early termination fees enacted by broadband providers. The Biden administration argues that these fees are often in place only to discourage consumers from switching to what may be a superior internet service.

Big tech a target, too

In addition to broadband policy, the order would also take aim at data collection and mergers by big tech companies. The factsheet specifically mentioned that the order would tackle “kill acquisitions” designed to stifle perceived competitive threats to tech companies and pointed out that federal regulatory bodies have not done enough to prevent these mergers.

The administration would adopt a policy to greater scrutinize potential mergers, according to the White House fact sheet.

Net neutrality advocate at the FCC

FCC Acting Chairwoman Jessica Rosenworcel has been a longtime advocate for strong net neutrality laws. Though her critics have argued that there have been precious few examples of companies throttling their consumers internet speed, Rosenworcel has supported initiatives that would classify internet service providers as “common carriers,” and would forbid them from interfering in a user’s internet speed or the content they view. 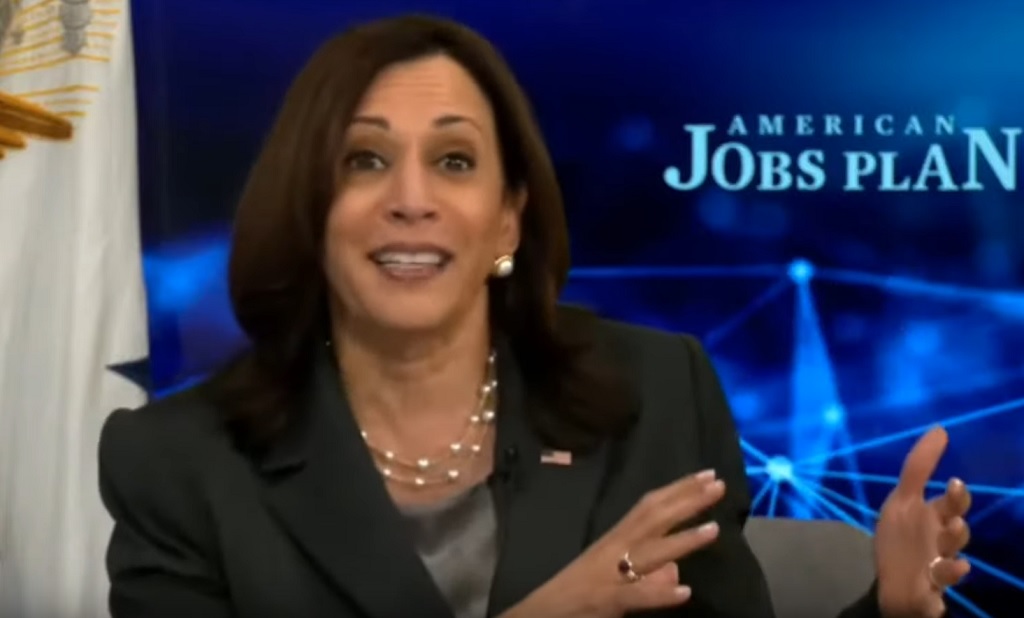 Screenshot from the White House listening session on broadband

May 24, 2021 – Highlighting the importance of broadband to the president, Vice President Kamala Harris on Monday compared the Rural Electrification Act of 1936 to what the Biden administration aims to do with expanding internet infrastructure.

Harris said that the New Deal-era measure, signed by President Franklin Roosevelt almost exactly 85 years ago on May 20, 1936, provided federal support for the installation of electrical distribution systems for isolated rural areas of the United States.

It was necessary, she said, because private power companies were unwilling or unable to create an energy infrastructure at a reasonable cost.

“We must act in the same way,” she said.

Six panelists shared their experiences with broadband infrastructure at the administration event. The discussion emphasized the vitality and the need for reliable connectivity for telehealth, remote working, and small business having access to betters speeds in order to survive.

Breaking down barriers to broadband

Harris explained the three barriers to broadband infrastructure that the Biden-Harris Administration aims to overcome. These are the lack of support in rural and indigenous areas, the lack of competition and affordability, and broadband equity. Equity, she said, included both racial and income disparities with broadband.

One noteworthy panelist was Kimberly Vasquez, a student-advocate from Baltimore. She created Students Organizing a Multicultural and Open Society, a program that seeks to provide connectivity for communities suffering from the pandemic.

Vasquez’ family struggled to make decisions allowing her to get better internet connectivity in order to get an education, versus being able to put food on the table.

Harris said she was excited by Vasquez’ initiative and said she sympathized with her struggles. Harris asked questions to elicit answers about the how difficult it is to obtain good quality internet connectivity during the pandemic.

“We know what we need to do,” Harris said. She said the event proved the fundamental nature of broadband infrastructure. “This is doable.”

Harris concluded by saying that internet connectivity is both a civil rights and economic issue. It must be tackled to increase competition and advancement in all areas of the country.

The White House listening session is available on YouTube.