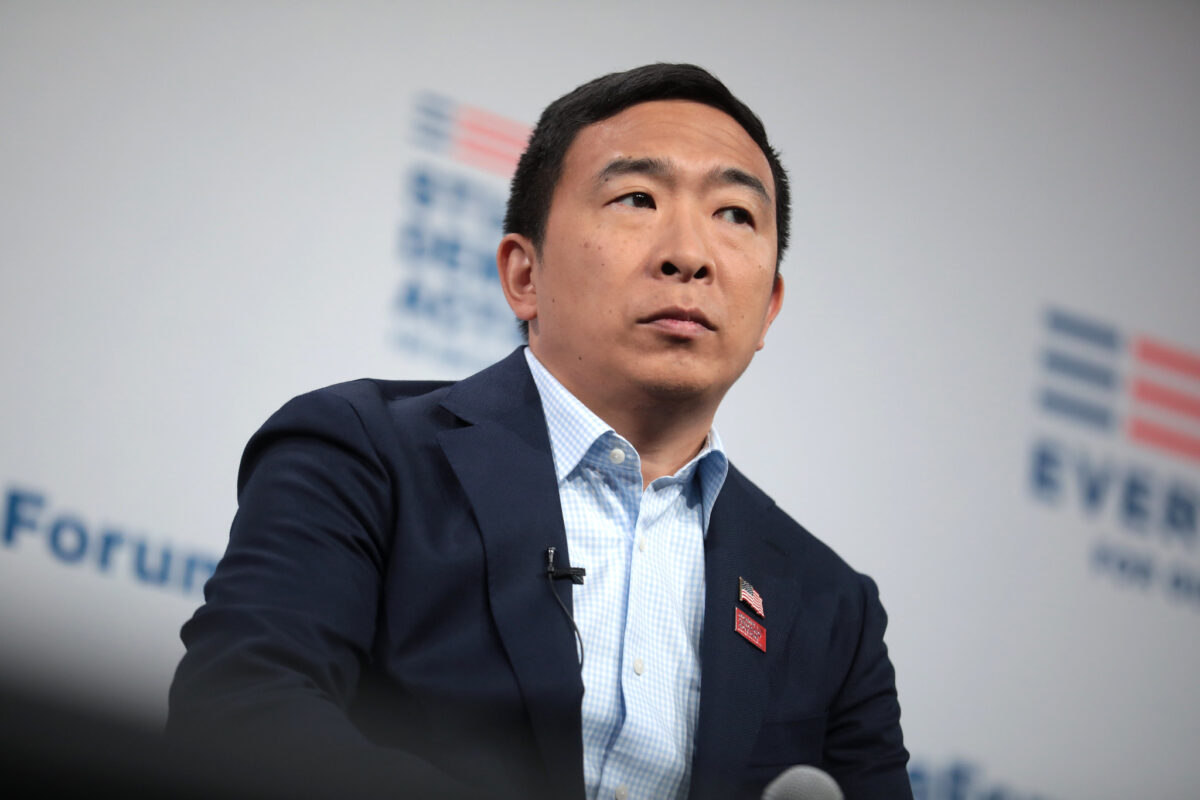 Photo of Andrew Yang, founder of Humanity Forward, in August 2019 by Gage Skidmore used with permission

The Transatlantic High Level Working Group on Content Moderation and Freedom of Expression, a project of the Annenberg Public Policy Center, published a report on Monday urging democracies to adopt a flexible regulatory framework to curb online hate speech and manipulated disinformation.

The group called for increased accountability and transparency over content moderation and attempted to offer a regulatory framework that could be adapted by government agencies.

The responses of different nations to the global protests against systemic racial inequality have been varied.

The European Commission is drafting the Digital Service Act, and France has enacted a law to penalize platforms that fail to swiftly remove hate speech.

Meanwhile, in the United States, bills suggesting platform regulations are pending in Congress, while President Donald Trump has issued an executive order attempting to curb the power of social media companies.

“The status quo in which technology giants govern much of the online information ecosystem without oversight is unacceptable,” said Marietie Schaake, co-chair of the Transatlantic Working Group.

In the post, Yang argued that big tech corporations are largely built off of the monetization of user data.

“Big tech companies and data brokers are selling our data every day,” he wrote. “We are increasingly becoming commodified and packaged for those who want to occupy out attention.”

In the piece, Yang supports the California’s Consumer Privacy Act, which enables users to fight for their data property rights.

The law encourages transparency, stipulating that every Californian has the right to know what personal information is being collected and sold. It even gives Californians the right to opt out of data sales.

Nevada has already passed a similar law, and other states are looking to do the same.

The Data Dividend Project aims to unite and empower users across the country to demand data rights. In the future, Yang hopes to pass legislation ensuring that consumers are the entities compensated for the use of their data.

Louis Fox, President and CEO at CENIC, the Corporation for Education Network Initiatives in California, published a report on June 14 detailing what internet and technology resources are necessary for students and families during the COVID-19 transition.

In the report, Fox found that one in four California households with children in grades K-12 do not have a desktop or laptop computer and a high-speed internet connection.

In a webinar held by Gigabit Library Networks on Friday, Fox will detail CENIC’s initiative to deliver gigabit broadband to all Californians by utilizing a mix of technologies to bring high-speed internet to students.

The panelists will discuss strategies for connecting all educational facilities and serving the needs of all learners, from K-12 schools to public libraries to higher ed.