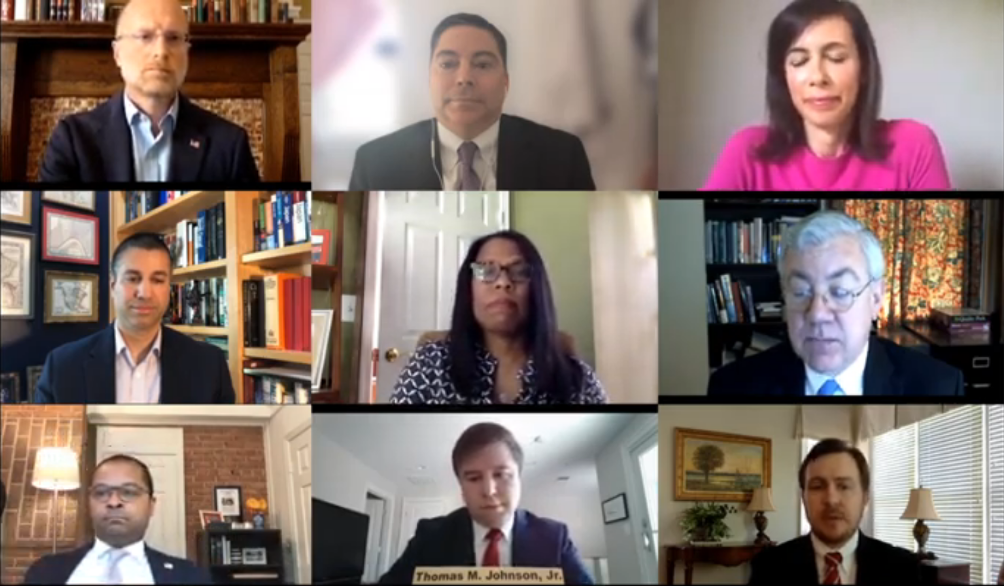 June 9, 2020 — The Federal Communications Commission moved to adopt five proposals at its June Open Meeting on Tuesday, dealing with issues such as the upcoming Rural Digital Opportunity Fund auction to the enforcement of illegal robocalls in the United States.

A measure to allow greater access to the 70/80/90 GHz bands passed unanimously.

Chairman Ajit Pai spoke favorably of the expansion, saying that the “spectral bands are either underused or unused entirely,” and that passing the proposal would help to “make productive use of these bands and enhance broadband connectivity.”

The shorter wavelengths of the 70/80/90 GHz band could accommodate higher broadband capacity and may replace or add to current fiber capabilities.

Both Rosenworcel and Starks objected to a proposed measure that would allow for municipalities to oversee the upgrades of existing 5G network sites.

Starks claimed that the measure “imposes new obligations on local governments at the worst possible time” and “may actually slow the growth of advanced wireless service rather than accelerating it.”

However, the measure passed, with the agency’s Republican majority saying that it would accelerate the deployment of much-needed broadband access technology.

“The pandemic has highlighted the need for all Americans to have broadband connectivity of all kinds as soon as possible,” Pai said.

Rosenworcel said that while she was concerned that the current television technology could not accommodate the next-gen capabilities, the coronavirus has shown that “we need all the ideas we can muster.”

The agency also voted to enact a fine of $225 million against Rising Eagle, which it claimed had made over 1 billion robocalls. The penalty is the largest in the agency’s history.

Pai called the move was a win for the American public.

“We are making it clear that scamming consumers and — as we saw in this case — tricking them into buying products under false pretenses cannot and will not go unchecked,” he said.

The meeting can be viewed here.

(Editor’s note: This piece has been updated to include additional information about the robocall action.)