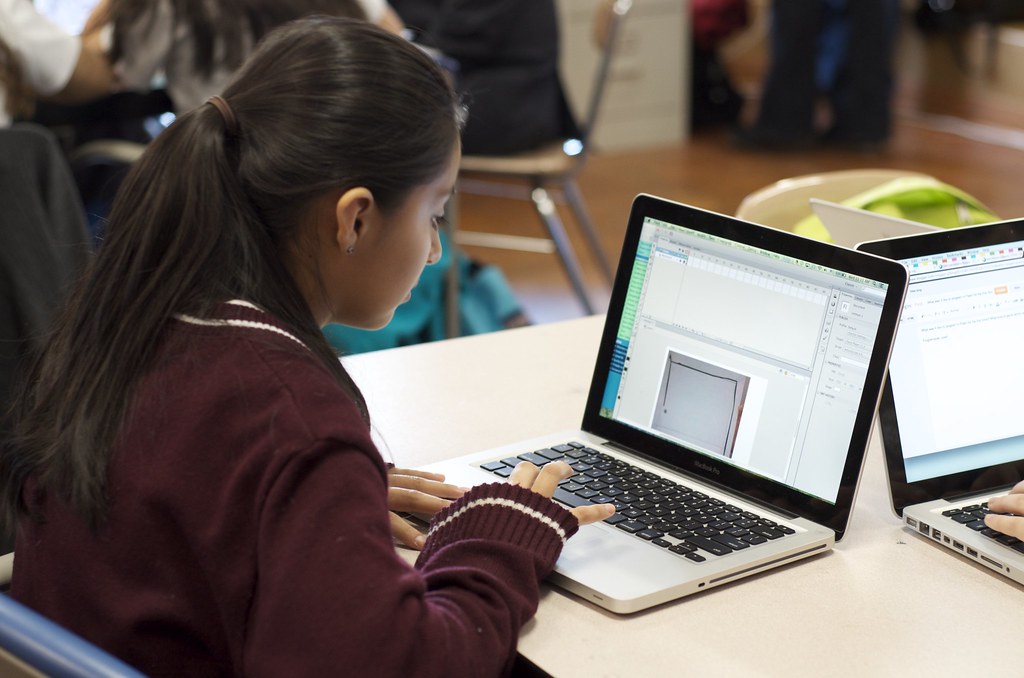 Photo of girl using computer by Globaloria used with permission

June 11, 2020 — A survey from the National Telecommunications and Information Administration, conducted in November 2019, is a crucial snapshot of internet usage in America prior to the impact of the coronavirus pandemic, revealing a continued gap in bandwidth access.  The report is the 15th edition of the agency’s Internet Use Survey.

The data revealed that the digital divide continues to disproportionally impact individuals based on race, income level and age group.

The digital divide especially affects low-income families; just 65 percent of households with incomes below $25,000 a year have access to internet, while 87 percent of those with annual family incomes of $100,000 have access.

The demographic which experienced the largest growth in Internet usage was seniors ages 65 and older, increasing by 5 points to 68 percent.

The survey revealed Americans are increasingly using a wider range of devices to access the internet.

The survey collected data on the popularity of different devices, which has changed dramatically since NTIA began collecting data on computing devices separately.

NTIA is working to gain insights into how the pandemic has impacted the digital divide since November.