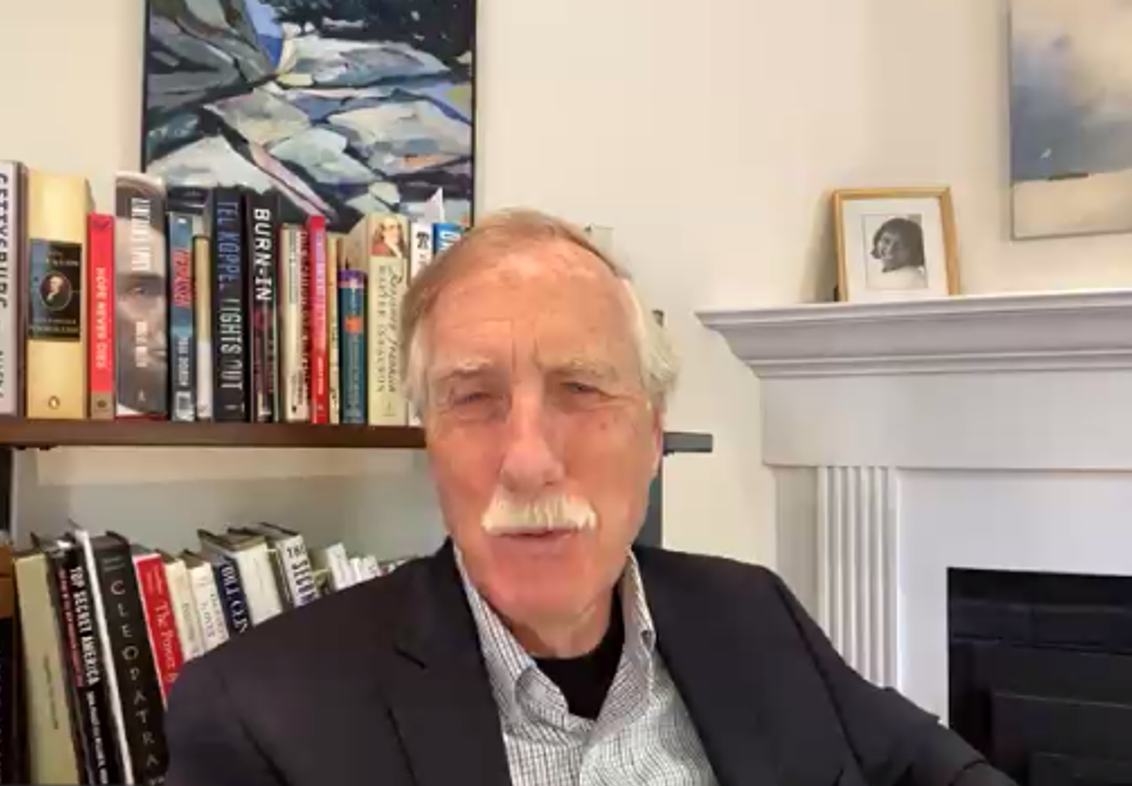 Screenshot of Sen. Angus King, I-Maine, from the webinar

June 15, 2020 — “Our election system is way more vulnerable than we think,” said Sen. Angus King, I-Maine, warning about the consequences of domestic and foreign malicious actors paired with the shortage of federal cybersecurity specialists in the United States.

Cybersecurity experts discussed current trends in security and the potential threats that loom over an increasingly digitized future in a panel on Monday, hosted by public policy think tank New America.

The panel was highly concerned with security vulnerabilities surrounding the upcoming 2020 election.

“The attack surface is potentially unlimited,” said  Rep. Mike Gallagher, R-Wis., adding that the creation of smart cities, popularization of the Internet of Things and digitalization of critical infrastructure have increased the risk of cyberthreats.

The panelists agreed that a paper-based system should be utilized in the upcoming election to maintain transparency and prevent foreign influence. Elections are all about trust, King said, and undermining confidence in the system could potentially incite violence.

“The president continues to use the word ‘rigged’ to describe mail-in ballots,” pointed out Nicole Perlroth, a cybersecurity reporter at The New York Times.

President Donald Trump’s continued spread of misinformation on the topic, such as asserting that mail-in ballots will lead to a vast increase of voter fraud, are made with no evidence, Pelroth said.

Trump has never publicly acknowledged the role Russian interference played towards him securing the office in the 2016 election, she added, and the idea of holding digital elections would be laughable in countries such as Ukraine, which have come to expect Russian interfere in elections.

Perlroth argued that Russia’s main intention in interfering is pushing distrust in the U.S., with the ultimate goal of creating so much infighting that the country is not able to investigate Russian maneuvers.

“The partisan battle we see playing out every day is partially the result of foreign actors,” said Perlroth.

The panelists were unsure which malicious actor would attempt to interfere in the upcoming election, but they maintained that it may be a domestic actor, a foreign actor or several domestic and foreign actors.

Perlroth identified China, Iran and Russia as the countries most likely to attempt interference.

“The next war will be in bits and bytes,” maintained King.

The panelists agreed that the number of malicious attacks online is likely to increase, as cyberwar is both an easy and effective way to bring the legitimacy of a nation into question.

Not only is the process efficient, but it is cheap. “Putin can pay 800 hackers for the price of one jet fighter,” King said.

“Right now, our advisories pay no price for attacking us,” he added. “I want them to have to think twice.”