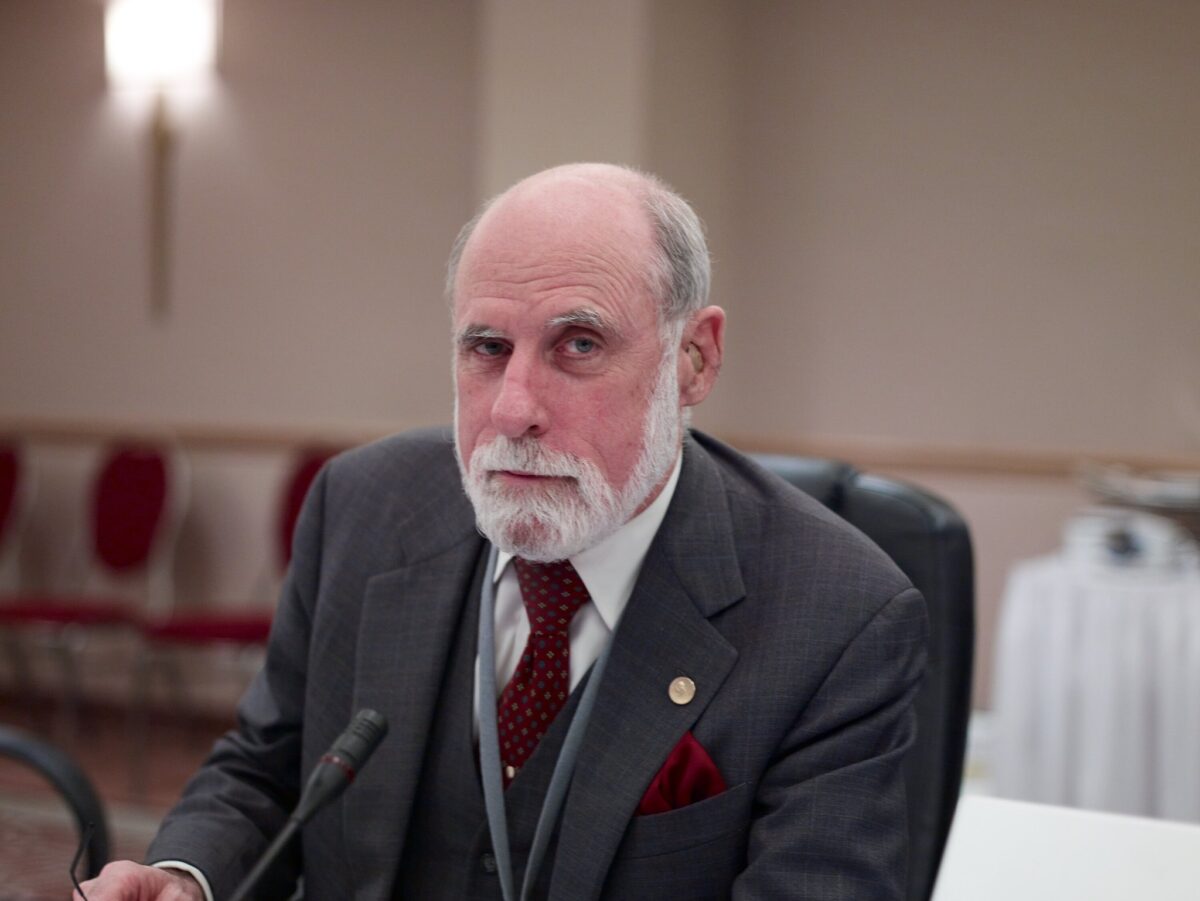 Photo of Vint Cerf by Joi Ito used with permission

Vint Cerf, who co-founded the TCP/IP protocols that underpin the internet, criticized the design of upcoming fifth generation networks in a recent op-ed.

Cerf, widely known as a “father of the internet”, said that he feared 5G networks will erode consumer privacy because they are designed to give telecommunications providers much more control over how consumers access and use the web.

Cerf argued that the design of these networks inherently gives more power to telecommunications providers, while raising privacy concerns for consumers.

Fifth generation networks use not only a higher frequency radio but also a completely different technical architecture that lets telecommunication see how their services are being used.

Further, the deployment of these networks will expand the market for Internet of Things technology, allowing for increased surveillance and more and more data to be gathered on the individual.

OneWeb receives $1 billion to bounce back from bankruptcy

Just a few months after global satellite communications company OneWeb filed for bankruptcy protection after being impacted by COVID-19, the U.K. government announced it will be providing $500 million and taking an equity share in the company, Fierce Wireless reported.

Bharti Global, part of a group that controls the third largest mobile operator in the world, Bharti Airtel, will kick in another $500 million.

Bharti Global’s markets will serve as a testing ground for OneWeb’s services, the mission of which is to connect unserved and underserved communities around the world.

The company’s relations with Bharti Global will be useful, as the company has a presence across South Asia and Sub-Saharan Africa, the precise environments where terrain requires satellite-based connectivity.

In its press release, the U.K. government announced that it will have a final say over any future sale of the company and over which countries can access OneWeb technology, due to national security concerns.

Prices for internet-streamed TV are going up

Between traditional cable and internet services, there’s more TV competition than ever. But instead of competition driving prices down, prices have steadily gone up over the past few years, The Verge reported.

YouTube TV recently announced that the platform will be raising its prices by nearly 30 percent, to $65 per month. Shortly after, FuboTV followed, announcing increases of its own, which put the lowest tier of their service at $60.

“The first era of internet-streamed TV, the one of cheap, innovative cable alternatives, is over, and what comes next is going to look a whole lot more like the traditional cable services it promised to replace, with prices to match,” wrote Chaim Gartenberg, news editor for The Verge.

The latest round of price increases are not without precedent. Prices for every major streaming service have been steadily increasing as services have added more channels or faced the harsh realities of rising carriage fees for the ones they already offer.

Companies are fighting with content monopolies like ViacomCBS, Disney, WarnerMedia, NBCUniversal, Fox Corporation and Discovery, which license out the rights to air their channels to cable providers and streaming services. The companies do not license their content cheaply.

Rather than competing with one another, effectively driving prices down for consumers, pricing rules are being dictated by content creators, hurting consumers and seemingly recreating the wheel.