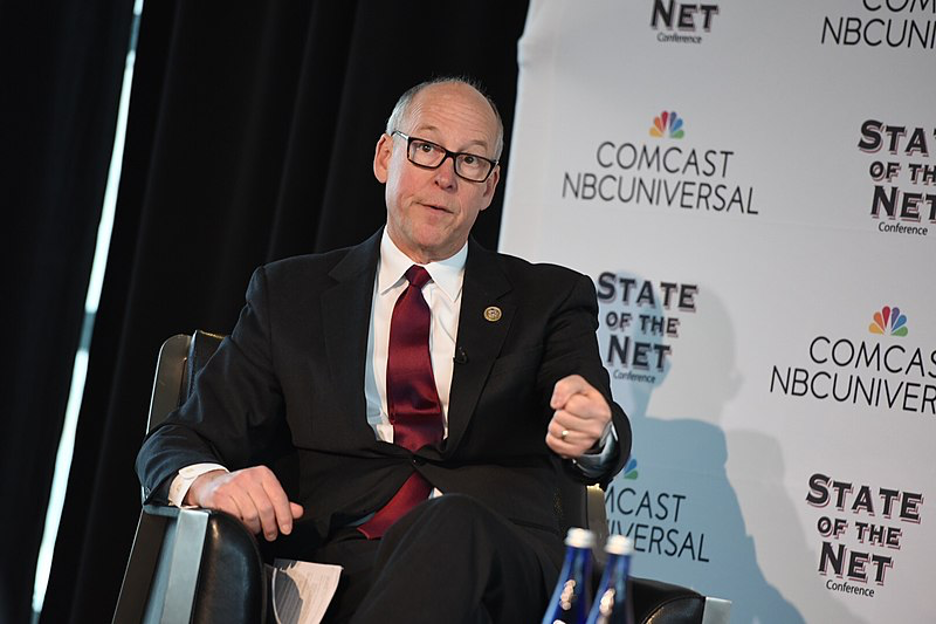 Photo of Rep. Greg Walden by the Internet Education Foundation used with permission

July 23, 2020 — The COVID-19 pandemic brought Washington D.C. together in many respects, including technology and health, according to Rep. Greg Walden, R-Ore., ranking member of the House Committee on Energy and Commerce.

Walden commended internet service providers for keeping Americans connected for a portion of the pandemic, under the Keep Americans Connected Pledge.

Walden thanked carriers for waiving fees and “leaning forward” to make sure people remained connected, although he argued this was not a sustainable model going forward.

While some believe carriers should be mandated to continue to assist Americans by subsidizing internet services through the pandemic, Walden said he didn’t think that made sense.

Instead, Walden said lawmakers “should focus America’s resources on connectivity.”

In an attempt to offer a more permanent solution, Walden, alongside Sen. Roger Wicker, R-Miss., chairman of the Senate Committee on Commerce, Science, and Transportation, released principles for a legislative framework on June 18, to expand broadband access and digital opportunity.

The Broadband Connectivity and Digital Equity Framework outlines crucial efforts that its authors say must be taken in order to close the digital divide.

It demands that students have access to broadband and necessary technologies to complete their homework remotely.

It stresses the need for establishing programs to keep individuals and families, even those experiencing economic hardship from COVID-19, connected.

Finally, it calls for promoting digital equity and working with the nation’s carriers.

“We don’t want to overbuild and compete where the private sector, where it is working,” Walden said.

When asked whether he believes it is the FCC’s job to rewrite Section 230 of the Communications Decency Act of 1996, Walden said it should be up to Congress, as they initially wrote Section 230.

Walden called for Congress to modernize the statue, saying he believed they “should not cede that decision-making to others.”

States Must Increase Accessibility of Both In-Person and Remote Voting, Say Brookings Panelists