July 6, 2020 — The role of a content moderator is to be both a judge and a janitor of the internet, according to Alex Feerst, general counsel at Neuralink.

The event was the first in a three part series on the power, impact and scope of Section 230.

Speaking at the beginning of the panel, Broadband Breakfast Assistant Editor Emily McPhie said Section 230 is what empowers websites to make content moderation decisions. McPhie said that Section 230 reforms would likely make it harder for platforms to moderate selective content.

The job of a content moderator has been altered and expanded through the years, Clark said.

Today, essentially all platforms moderate more content than anyone would ever imagine, Feerst said. Section 230 provides a baseline on top of which platforms can build rule sets, he added, which attempt to actively foster desired communities.

Content moderation is a difficult task, as it is nearly impossible to satisfy everyone at once.

Feerst argued intersubjectivity becomes an issue, as platforms attempt to mediate between all different types of opinions on what should be accepted and what should not.

Screenshot of panelists from the Broadband Breakfast Live Online webcast

Further, the panel of moderation experts found a disconnect between their day-to-day efforts and the general public’s understanding of the work they do.

“I would talk to people and felt very misunderstood, because people thought, ‘How hard can it be?’” Feerst said.

To combat this, Clara Tsao, interim co-executive director of the Trust and Safety Professional Association, said that she worked to create a community to provide support for content moderation professionals, while also working to train individuals and centralize resources.

Full-time content reviewers and contractors are subject to the poorest working conditions of the bunch, she said.

Although the work is taxing, Feerst emphasized the importance of humans doing this labor, rather than relying on a fully automated process.

Currently, artificial intelligence is used by moderators to draw in pools of questionable content for human review and final decision-making.

“Areas where there is automated decision making are few,” Feerst said. “I think that’s good — humans are far better at this than AI.”

“Not a lot of data around human versus AI content moderation exists,” Singh said. The evidence that does exist shows that automated tools are not as accurate in moderating content as humans, she added.

“It would be nice to do this at scale, but there really is not a way to do so,” Feerst said.

“The space is only going to get more complicated,” Tsao said, arguing that users should have a voice and be able to advocate for their own beliefs in the matter.

If platforms continue to hold so much speech, they must be willing to accept the costs of content moderation, Feerst said.

“It’s going to be expensive if you want to treat employees well,” he said.

Broadband Breakfast’s series on Section 230 will continue next Wednesday with a discussion of the statute in the context of an election year. 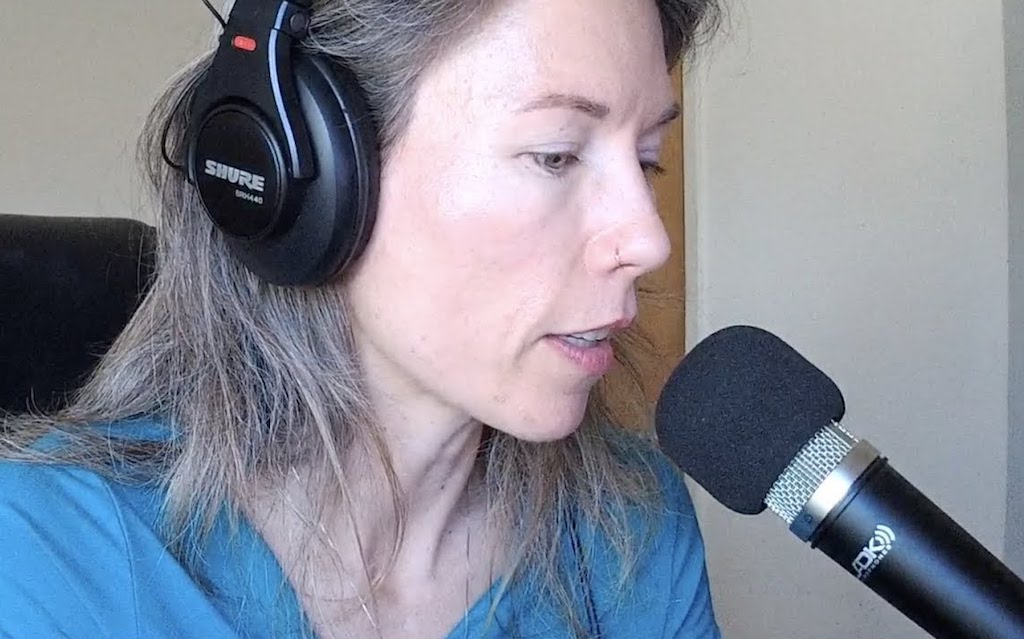 WASHINGTON, May 16, 2022 – A representative from a growing conservative social media platform said last week that she hopes Twitter, under new leadership, will emerge as a “sustainable” platform for free speech.

Amy Peikoff, chief policy officer of social media platform Parler, said as much during a Broadband Breakfast Live Online event Wednesday, in which she wondered about the implications of platforms banning accounts for views deemed controversial.

The social media world has been captivated by the lingering possibility that SpaceX and Tesla CEO Elon Musk could buy Twitter, which the billionaire has criticized for making decisions he said infringe on free speech.

Before Musk’s decision to go in on the company, Parler saw a surge in member sign-ups after former President Donald Trump was banned from Twitter for comments he made that the platform saw as encouraging the Capitol riots on January 6, 2021, a move Peikoff criticized. (Trump also criticized the move.)

Peikoff said she believes Twitter should be a free speech platform just like Parler and hopes for “sustainable” change with Musk’s promise.

“At Parler, we expect you to think for yourself and curate your own feed,” Peikoff told Broadband Breakfast Editor and Publisher Drew Clark. “The difference between Twitter and Parler is that on Parler the content is controlled by individuals; Twitter takes it upon itself to moderate by itself.”

She recommended “tools in the hands of the individual users to reward productive discourse and exercise freedom of association.”

Peikoff criticized Twitter for permanently banning Donald Trump following the insurrection at the U.S. Capitol on January 6, and recounted the struggle Parler had in obtaining access to hosting services on AWS, Amazon’s web services platform.

While she defended the role of Section 230 of the Telecom Act for Parler and others, Peikoff criticized what she described as Twitter’s collusion with the government. Section 230 provides immunity from civil suits for comments posted by others on a social media network.

For example, Peikoff cited a July 2021 statement by former White House Press Secretary Jen Psaki raising concerns with “misinformation” on social media. When Twitter takes action to stifle anti-vaccination speech at the behest of the White House, that crosses the line into a form of censorship by social media giants that is, in effect, a form of “state action.”

Conservatives censored by Twitter or other social media networks that are undertaking such “state action” are wrongfully being deprived of their First Amendment rights, she said.

“I would not like to see more of this entanglement of government and platforms going forward,” she said Peikoff and instead to “leave human beings free to information and speech.”

The acquisition of social media powerhouse Twitter by Elon Musk, the world’s richest man, raises a host of issues about social media, free speech, and the power of persuasion in our digital age. Twitter already serves as the world’s de facto public square. But it hasn’t been without controversy, including the platform’s decision to ban former President Donald Trump in the wake of his tweets during the January 6 attack on the U.S. Capitol. Under new management, will Twitter become more hospitable to Trump and his allies? Does Twitter have a free speech problem? How will Mr. Musk’s acquisition change the debate about social media and Section 230 of the Telecommunications Act?

Amy Peikoff is the Chief Policy Officer of Parler. After completing her Ph.D., she taught at universities (University of Texas, Austin, University of North Carolina, Chapel Hill, United States Air Force Academy) and law schools (Chapman, Southwestern), publishing frequently cited academic articles on privacy law, as well as op-eds in leading newspapers across the country on a range of issues. Just prior to joining Parler, she founded and was President of the Center for the Legalization of Privacy, which submitted an amicus brief in United States v. Facebook in 2019.

The debate on what government should — or shouldn’t — do with respect to liability protections for platforms continues. 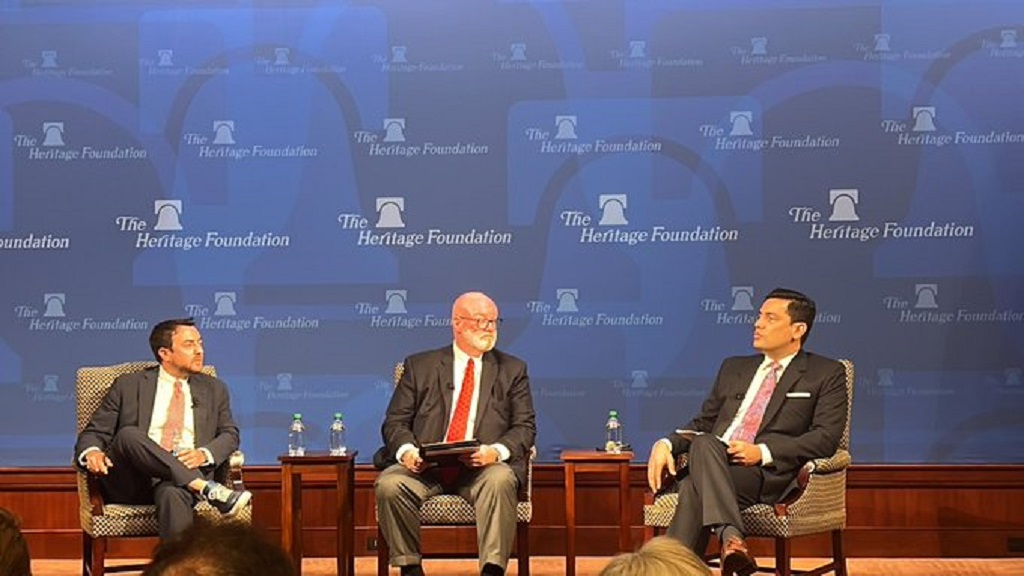 WASHINGTON, May 10, 2022 – A panelist at a Heritage Foundation event on Thursday said that the government should not make changes to Section 230, which protects online platforms from being liable for the content their users post.

However, the other panelist, Newsweek Opinion Editor Josh Hammer, said technology companies have been colluding with the government to stifle speech. Hammer said that Section 230 should be interpreted and applied more vigorously against tech platforms.

Countering this view was Niam Yaraghi, senior fellow at the Brookings Institution’s Center for Technology Innovation.

“While I do agree with the notion that what these platforms are doing is not right, I am much more optimistic” than Hammer, Yaraghi said. “I do not really like the government to come in and do anything about it, because I believe that a capitalist market, an open market, would solve the issue in the long run.”

Addressing a question from the moderator about whether antitrust legislation or stricter interpretation of Section 230 should be the tool to require more free speech on big tech platforms, Hammer said that “Section 230 is the better way to go here.”

Yaraghi, by contrast, said that it was incumbent on big technology platforms to address content moderation, not the government.

In March, Vint Cerf, a vice president and chief internet evangelist at Google, and the president of tech lobbyist TechFreedom warned against government moderation of content on the internet as Washington focuses on addressing the power of big tech platforms.

While some say Section 230 only protects “neutral platforms”, others claim it allows powerful companies to ignore user harm. Legislation from the likes of Amy Klobuchar, D-Minn., would exempt 230 protections for platforms that fail to address Covid mis- and disinformation.

Correction: A previous version of this story said Sen. Ron Wyden, D-Ore., agreed that Section 230 only protected “neutral platforms,” or that it allowed tech companies to ignore user harm. Wyden, one of the authors of the provision in the 1996 Telecom Act, instead believes that the law is a “sword and shield” to protect against small companies, organizations and movements against legal liability for what users post on their websites.

Additional correction: A previous version of this story misattributed a statement by Niam Yaraghi to Josh Hammer. The story has been corrected, and additional context added. 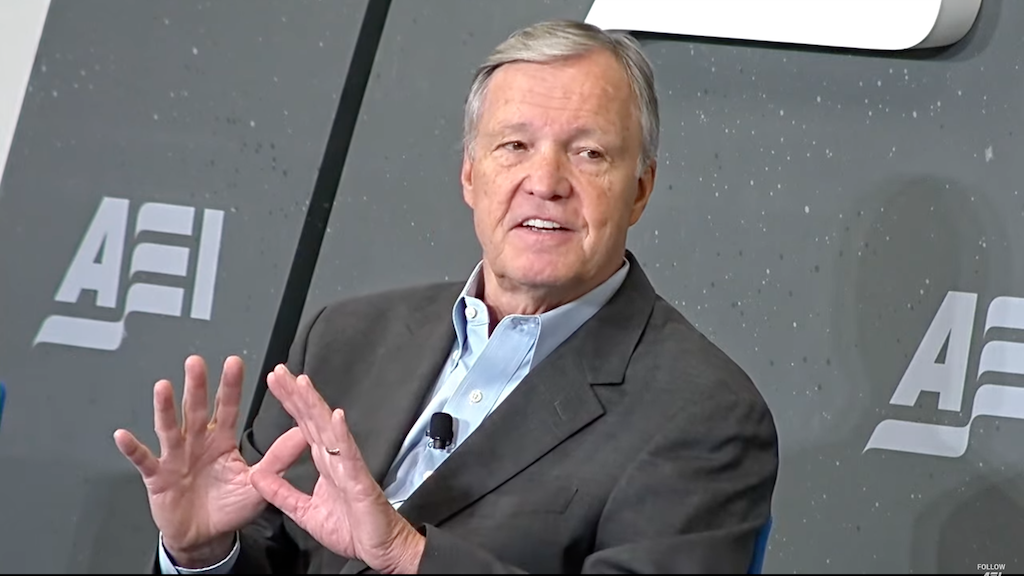 “If we’re going to have some content moderation standards, the government is going to be, usually, the worst person to do it,” said Chris Cox, a member of the board of directors at tech lobbyist Net Choice and a former Congressman.

These comments came during a panel discussion during an online event hosted by the American Enterprise Institute that focused on speech regulation and Section 230, a provision in the Communications Decency Act that protects technology platforms from being liable for posts by their users.

“Content moderation needs to be handled platform by platform and rules need to be established by online communities according to their community standards,” Cox said. “The government is not very competent at figuring out the answers to political questions.”

Late last year, experts said that it is not possible for platforms to remove from their site all content that people may believe to be dangerous during a Broadband Breakfast Live Online event. However some, like Alex Feerst, the co-founder of the Digital Trust and Safety Partnership, believe that platforms should hold some degree of liability for the content of their sites as harm mitigation with regards to dangerous speech is necessary where possible.