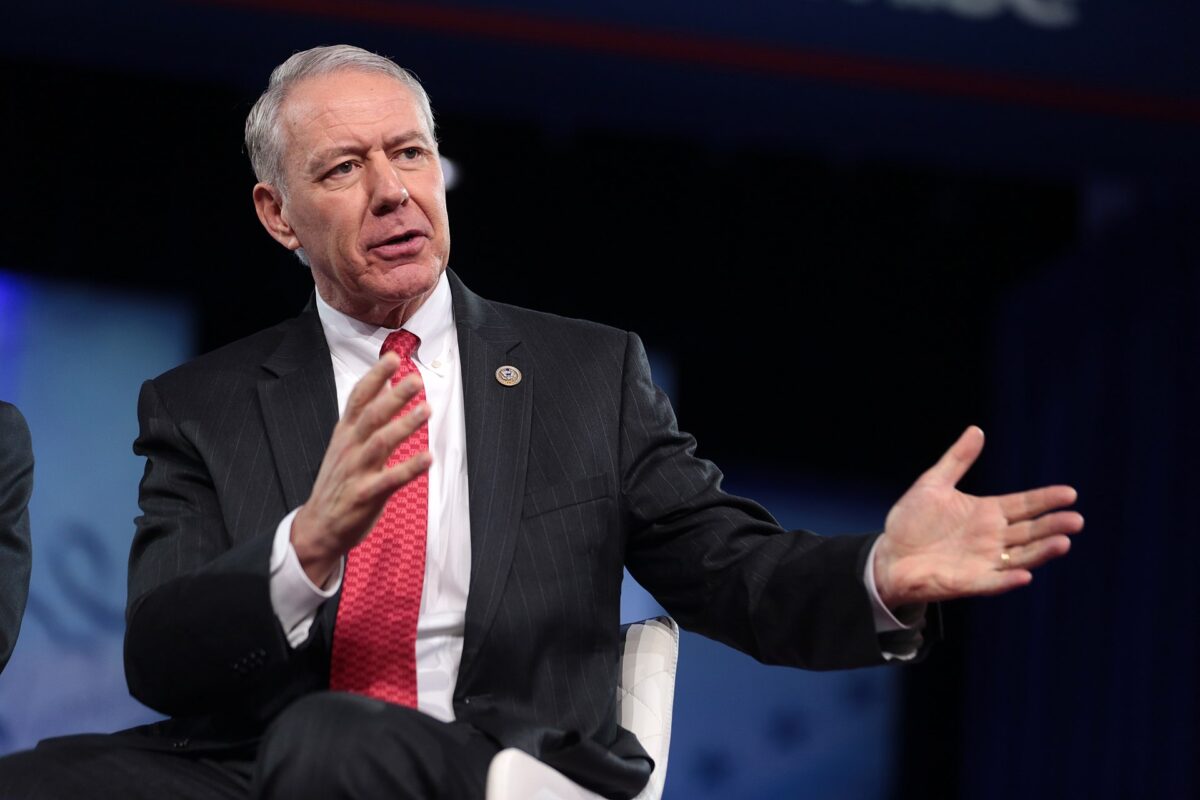 Photo of Rep. Ken Buck in 2017 by Gage Skidmore used with permission

July 21, 2020 — The House voted to ban TikTok, an app owned by Chinese tech giant ByteDance, on federal devices due to concerns that the personal information of U.S. representatives could fall into the hands of Chinese government officials, Politico reported.

In response to growing national security concerns, TikTok stated that they are fully committed to protecting users’ privacy and would not hand over any user data to the Chinese government, if asked.

The Senate is expected to pass a similar bill on Wednesday, mirroring the House National Defense Authorization Act amendment and banning TikTok use on Senators’ federal devices.

While the majority of representatives voted in support of the NDAA amendment, many pointed to the fact that it fails to solve many existing threats to national security.

In a recent blog post, Ann Treacy, a librarian who follows rural broadband in online postings, questioned if 2020 was time to set new speed goals, as the federal definition of broadband was updated in both 2010 and 2015.

Treacy argued that the agency should revisit speed goals, especially due to the acceleration in bandwidth demands from the COVID-19 pandemic.

No later than 2026, Minnesota is aiming to connect all businesses and homes to access at least one broadband provider with download speeds of 100 Mbps and upload speeds of 20 Mbps.

“We don’t know what’s going to happen in the future, but it seems getting the most broadband we can is one way to prepare,” Treacy wrote.

The United States Department of Agriculture announced that it is investing more than $16 million to provide broadband service in unserved and underserved rural areas in Mississippi.

In rural Mississippi, the Tallahatchie Valley Electric Power Association will use a $16 million grant to deploy a fiber-to-the-premises network to connect 2,082 people, 331 farms, 32 businesses, a post office and six fire stations to high-speed broadband internet in five counties.

This investment is one of the many made available through $100 million in grant funding allotted to the FCC’s ReConnect Pilot Program through the Coronavirus Aid, Relief, and Economic Security Act.

“The need for rural broadband has never been more apparent than it is now — as our nation manages the coronavirus national emergency,” said U.S. Secretary of Agriculture Sonny Perdue. “Access to telehealth services, remote learning for school children, and remote business operations all require access to broadband.”

The Federal Communications Commission’s reallocation of intelligent transportation service spectrum was not arbitrary and capricious, the court held. 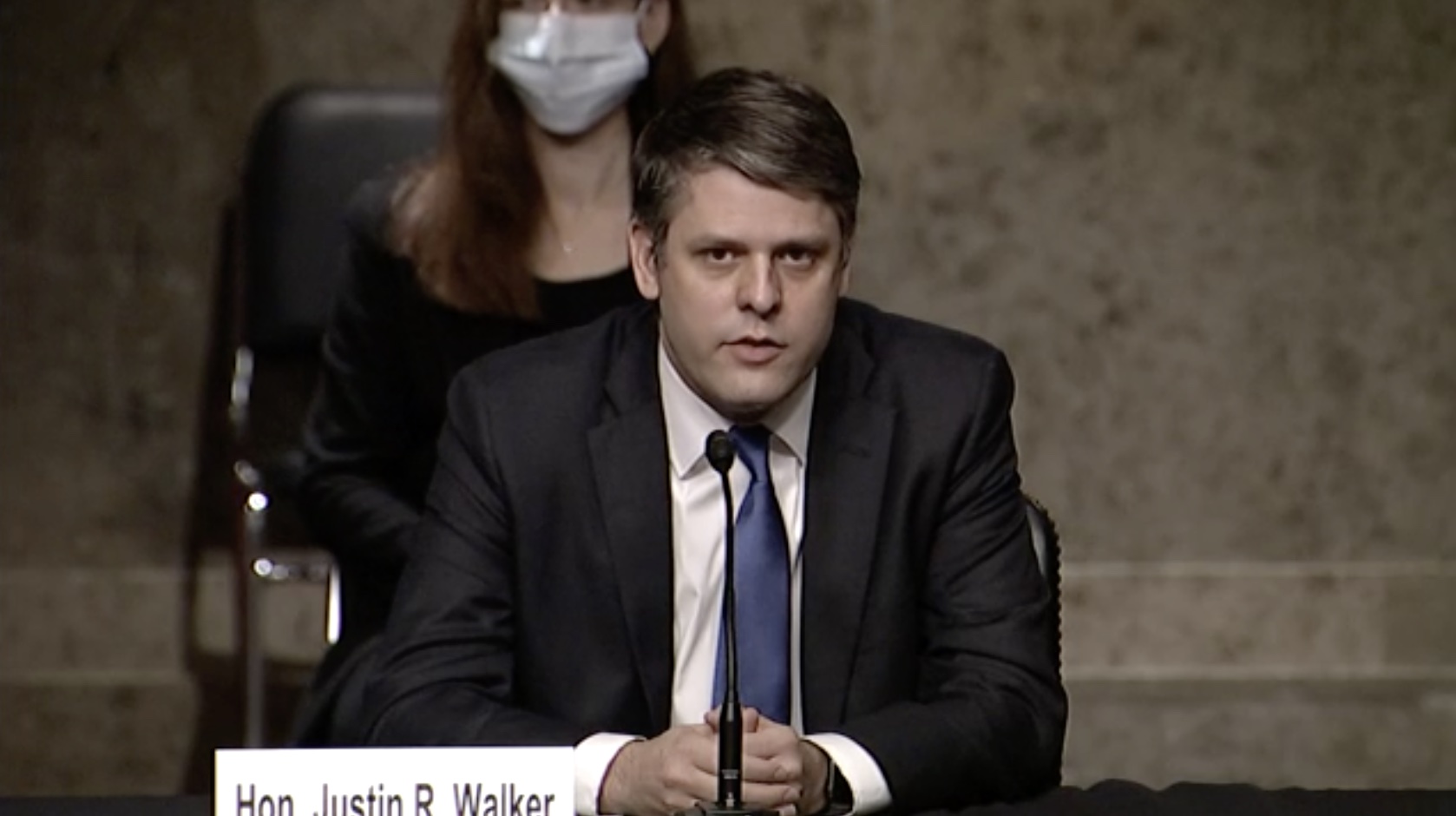 August 12, 2022 – The D.C. Circuit Court of Appeals on Friday affirmed the the Federal Communications Commission’s authority to reclassify radio frequency spectrum and make more of the 5.9 GigaHertz band available for broadband communication.

In 2020, the Federal Communications Commission reallocated a part of the radio spectrum from use by intelligent transportation systems to use by unlicensed transmission devices such as Wi-Fi routers.

In a unanimous running by a three-judge panel, Judge Justin R. Walker wrote: “Several groups that want to retain their old use of the reallocated spectrum argue that the FCC’s reallocation was arbitrary and capricious. It was not.”

In the relatively brief 15-page decision in ITS America v. FCC, the court upheld the FCC’s manner of changing a band’s usage.

In 1999, the FCC gave the auto industry 75 MHz of spectrum exclusively for “Dedicated Short-Range Communications” for the purpose of improving public safety. After more than 20 years of waiting for the industry to deploy DSRC, in 2020 the FCC approved an Order to phase out DSRC and replace it with a new, more efficient technology called Cellular Vehicle-to-Everything.

Supporters of the FCC, including non-profit groups like Public Knowledge, argued that 30 MHz of spectrum the auto industry retained is more than sufficient for collision avoidance and safety purposes. Rather than allowing the auto industry to retain excess spectrum for commercial uses such as location-based advertising, the FCC repurposed the lower 45 MHz for unlicensed use which will enable next-generation Wi-FI.

“By reaffirming the FCC’s decision, the D.C. Circuit will ensure that our airwaves are being put to their best and most efficient use,” said Kathleen Burke, policy counsel at Public Knowledge.

The Federal Trade Commission on Thursday announced proposals to go after businesses that collect and analyze personal-based information, and that don’t deploy the strong forms of data security.

“Firms now collect personal data on individuals at a massive scale and in a stunning array of contexts,” said FTC Chair Lina Khan. “The growing digitization of our economy—coupled with business models that can incentivize endless hoovering up of sensitive user data and a vast expansion of how this data is used—means that potentially unlawful practices may be prevalent.”

The agency’s press release went on to blast companies that “surveil consumers while they are connected to the internet – every aspect of their online activity, their family and friend networks, browsing and purchase histories, location and physical movements, and a wide range of other personal details.”

The measure has not yet passed the House, where Energy and Commerce Committee Chairman Frank Pallone, D-N.J., said in Thursday response: “I appreciate the FTC’s effort to use the tools it has to protect consumers, but Congress has a responsibility to pass comprehensive federal privacy legislation to better equip the agency, and others, to protect consumers to the greatest extent.

“Ultimately, the American Data Privacy and Protection Act is necessary to establish comprehensive national statutory privacy protections for all Americans and I’m committed to getting it passed and signed into law.”

Bonfire Engineering and Construction on Thursday released a new episode of its “Beer and Broadband” podcast.

Nick Dinsmoor and Brian Hollister of Bonfire, hosts of the informal program, structured the roundtable series as a way to bring together leaders in the broadband and infrastructure space to share their thoughts without egos, agendas, or selling.

A new bill would provide grants to providers who can quickly build middle-mile infrastructure along existing electrical grid system. 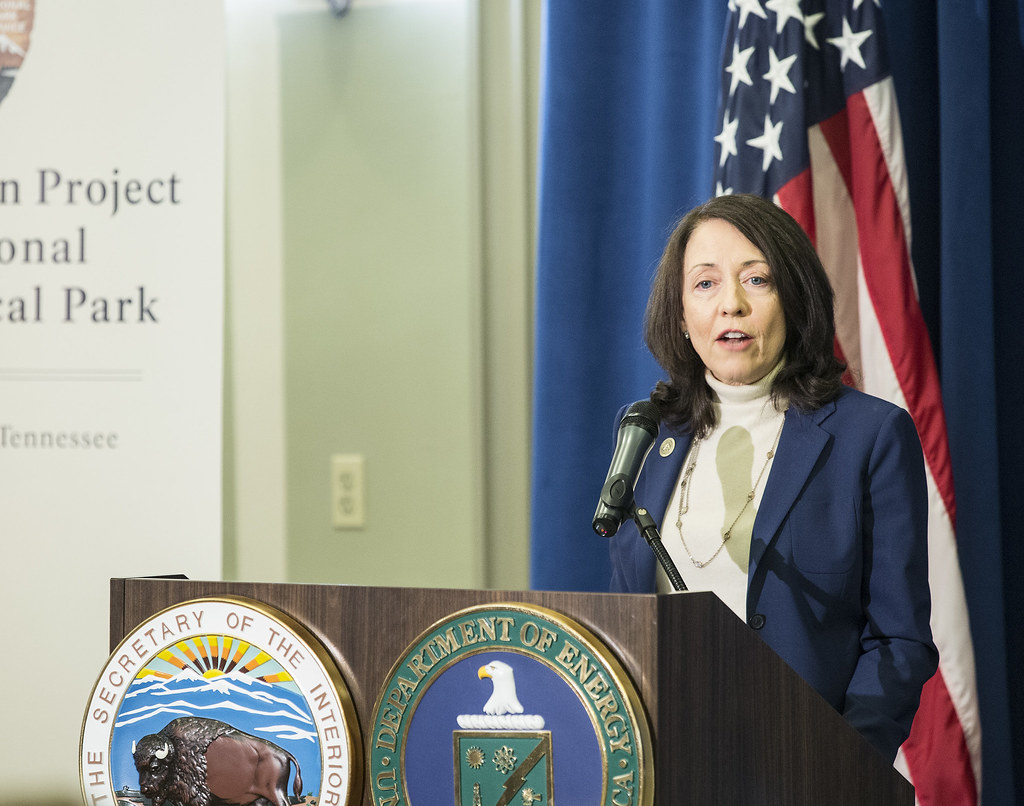 August 10, 2022 – A bill introduced in the Senate last week would make grants available to those who can build middle mile fiber infrastructure along existing municipal rights-of-way and use existing assets to reduce the financial, regulatory and permitting barriers to broadband buildouts.

The Grants to Rapidly Invest and Deploy Broadband Act is intended to use existing electrical infrastructure to quickly expand broadband infrastructure to the 120 million American households that don’t have adequate connectivity, according to a Wednesday press release from Senate Commerce Committee Chairwoman Maria Cantwell, D-Wash., who co-introduced the bill with Sen. Shelley Moore Capito, R-W.Va.

The legislation specifically notes that it would like to fund those that have existing partnerships with last-mile providers to connect homes and business and ensure that the technology is scalable for more advanced services, including accelerating 5G wireless infrastructure and making affordable gigabit broadband speeds.

The bill would also require that the network would support the security of the electric grid by installing a private communications network for grid operators.

“Building out fiber along our nation’s existing grid will provide the communications capacity needed to modernize our energy system, make our grid more cybersecure, and bring affordable high-speed internet to tens of millions of hard-to-reach households,” Cantwell said in the release. “It’s a triple win solution for consumers because it leverages existing rights-of-way and private sector ingenuity and investment to deliver cleaner electricity, stronger cybersecurity, and more accessible broadband services.”

Telecommunications company Ting Fiber announced Tuesday that it has secured $200 million in financing from Generate Capital, which the company said will help it deploy next-generation communications infrastructure to municipalities across the country.

“We chose Generate because we wanted more than just a financing partner. We wanted their project management expertise, sustainability expertise and the wide range of capital solutions they offer – all of which will help Ting as we continue to rapidly scale our operations,” said Elliot Noss, CEO of Ting and its parent Tucows.

The financing will be used to accelerate Ting’s network deployment and to take advantage of its move from coaxial to fiber technology.

Some of the financing, which was signed on Monday, will be forwarded as Ting achieved operational milestones, it said.

The board of directors of broadband and energy engineering and consulting firm Finley Engineering announced Wednesday that Ty Middleton will be the company’s next president and CEO.

Middleton will replace Mike Boehne, who is retiring after being in the job for 10 years, according to the press release.

The release notes that Middleton has experience in the cybersecurity, software-as-a-service, and telecommunications sectors, the latter of which he has 30 years experience.

“Middleton has led high-growth, customer-centric, technology-fueled businesses from start-ups to Fortune 150, including time at MCI Telecommunications, Qwest Communications, and CenturyLink,” it added.

Phillips told Politico that he is leaving the competition watchdog this fall. 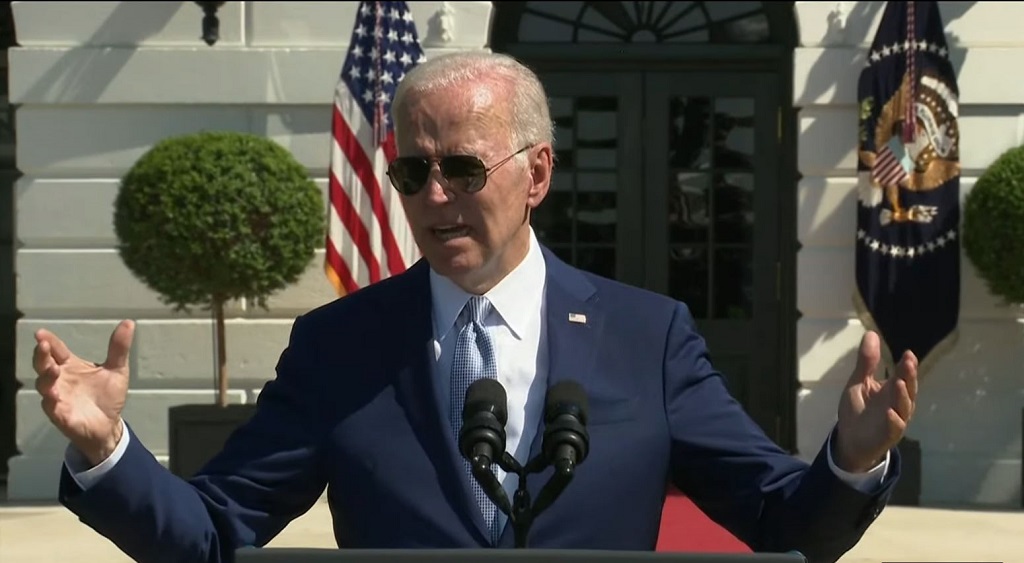 August 9, 2022 – Federal Trade Commissioner Noah Phillips is stepping down from the competition watchdog, according to reporting from Politico.

The Republican commissioner – one of two on an agency with three Democrats – said he told President Joe Biden that he intends to resign this fall, according to the report.

Phillips has been critical of the direction the agency has taken under chairwoman and Big Tech critic Lina Khan, who was appointed by the president to lead the agency.

Phillips has expressed concern about the impact of antitrust rules on consumer prices, criticized the release of a report by the FTC that warned about the dangers of artificial intelligence to combat online harms, alleging that the commission did not consult outside experts, and broadly warned last year about the overall direction of the agency to turn away from the traditional way it viewed competition.

Others outside the agency have also expressed concern that the commission’s tilt, plus pieces of antitrust legislation before Congress, could harm the country’s global competitiveness in the tech industry.

President Joe Biden on Tuesday signed into law legislation that would provide billions in incentives for the nation to invest in its own semiconductor manufacturing.

In comments delivered before the signing, Biden said the goal of the “once in a generation investment” is to help the country “lead the world in future industries and protect our national security.”

The Chips and Science Act of 2022, which passed the House late last month, is a broad bill with a specific provision that includes $52 billion to incentive domestic manufacturing of chips that power a range of technologies, including phones, watches, cars and laptops, as well as grants for the design and deployment of 5G networks.

Nations during the pandemic have struggled with getting a steady supply of the chips for products, thus contributing to a supply shortage on many important technologies. This triggered increasing concern about the country’s reliance on others for basic technologies.

Currently only 12 percent of global chips are made in the U.S., which is down from 37 percent in the 1990s, according to Senator Michael Bennett, D-CO.

Alaska getting $50 million in broadband grants

Two native entities in Alaska are getting $51 million for high-speed internet, the National Telecommunications and Information Administration announced Monday.

The grants from the Commerce agency’s Internet for All program will go to Doyon Limited and Ahtna Intertribal Resource Commission to provide connectivity to 581 unserved households across villages in the Doyon region and in eight tribal governments in the Ahtna region for “activities including telehealth, distance learning, telework, and workforce development.”

“The digital divide on our tribal lands, especially in remote Alaska, is stark,” said Commerce Secretary Gina Raimondo in a press release. “The necessary investment through the Biden-Harris Internet for All initiative provides real change to these communities to participate in the digital economy, whether it’s education, health or jobs.”

The release said NTIA head Alan Davidson is visiting Alaska this week and said it is “humbling to see first-hand how these grants will positively impact the daily lives of Alaskan Natives who have been disconnected for far too long.”