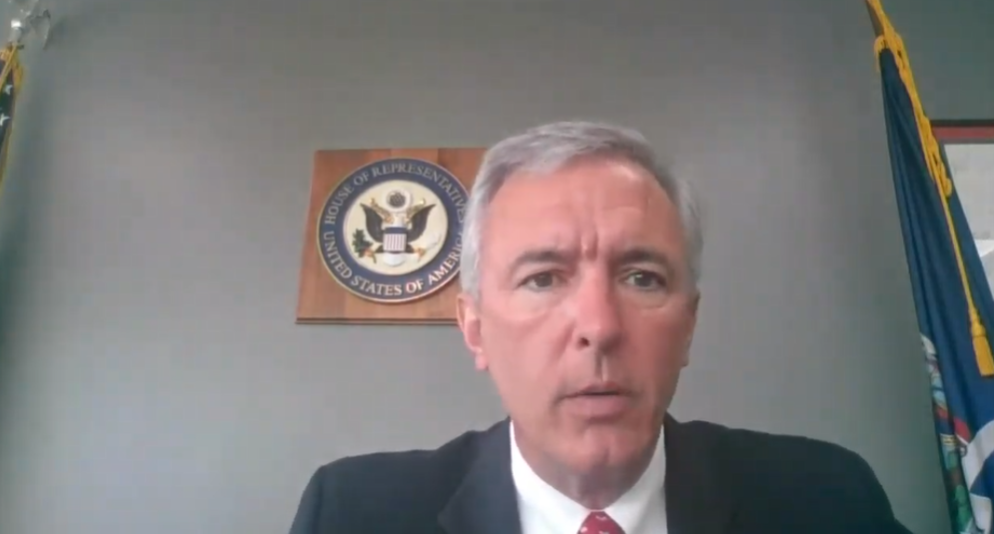 Screenshot of Rep. John Katko from the webcast

July 20, 2020 — There are no shortage of news headlines warning of the dire results of the lack of a strong U.S. cybersecurity initiative.

In this climate, it doesn’t take much to imagine the ways in which the upcoming U.S. election could be interfered with.

In a hearing on Friday, the Homeland Security Committee joined members of the Cyberspace Solarium Commission to discuss implementing strategies outlined in the commission’s Solarium Report, a national cyber defense strategy which consists of over 80 recommendations which could help implement an approach to deter cyber interference.

“The realities of 2020 make it evident we need a clear mission,” said Rep. Jim Langevin, D-R.I., stating that the players in the cybersecurity community lacked a leader and an understanding of their roles and responsibilities.

Senator Angus King, I-Maine, co-chair of the Cyberspace Solarium Commission, said the main questions the commission had to grapple with when creating the strategy were what the strategy should be and what the organizational structure should look like.

Part of the commission’s proposed strategy is implementing harsher consequences for actors behind cyberattacks.

“A policy that makes it clear that If we are attacked, we will respond, would provide a strong deterrent for cyber attackers,” King said.

“Our advisories currently don’t compute the cost of attacking us and that has to change,” he added.

Rep. John Katko, R-N.Y., said the nation’s top priority should be strengthening and clarifying the role and vastly increasing the funding of the Cybersecurity and Infrastructure Security Agency, the nation’s current cyber risk advisor, established when President Donald Trump signed the Cybersecurity and Infrastructure Security Agency Act of 2018 into law.

Members of the commission requested that CISA be given additional resources and authorities needed to fulfill its role as the national risk manager.

Rep. Mike Gallagher, R-Wis., co-chair of the Solarium Commission, said it is important to elevate and empower existing organizations, rather than start from scratch.

A further problem that needs undertaking is the reorganization of cybersecurity initiatives, which members said are currently scattered across the government.

King argued that the creation of a National Cyber Director position in the White House could resolve this organizational issue, and be further beneficial, by providing a single individual to hold accountable.

In order to promote national resilience, members of the commission recommended that Congress develop and maintain a continuity of economy planning process to turn to in times of cyber crisis.

“It’s important that we think through the unthinkable now, so we don’t have to think on the fly in the wake of a major attack,” Gallagher said.

The passage of the Coronavirus Aid, Relief, and Economic Security Act would also be a step in the right direction, as the act provides attention and funding to privacy and data security precautions.

Assistant Editor Jericho Casper graduated from the University of Virginia studying media policy. She grew up in Newport News in an area heavily impacted by the digital divide. She has a passion for universal access and a vendetta against anyone who stands in the way of her getting better broadband.

Despite Increasing Risk, Companies Are Still Not Prioritizing Cybersecurity 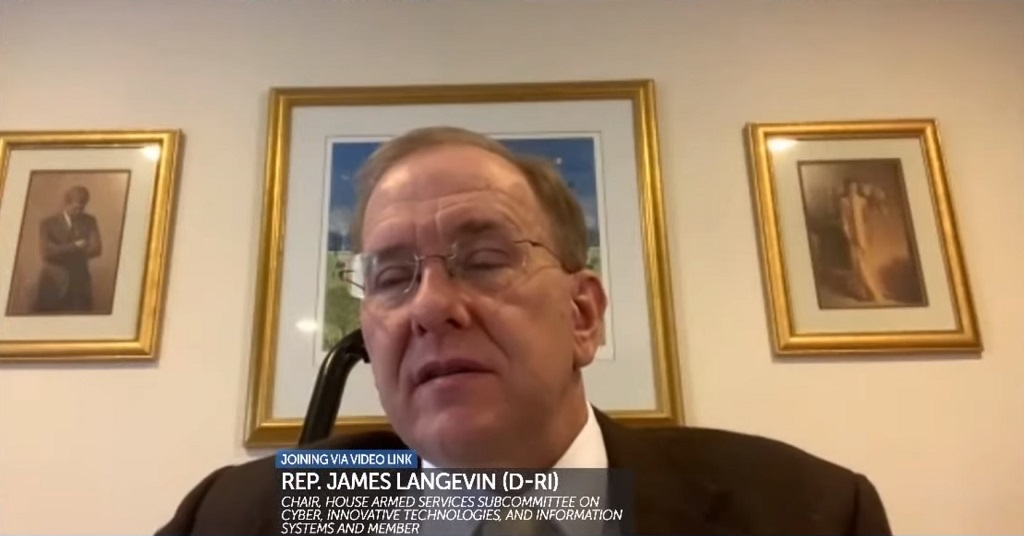 March 10, 2021 – Experts said Tuesday that cybersecurity should be one of the top priorities for every business, but many businesses still don’t consider it as such.

“I was not that surprised to see 50 percent of executives count it as a high priority,” said Chad Kliewer, the information security officer of Pioneer Telephone Cooperative, at a Tuesday webinar hosted by the Center for Strategic and International Studies.

“Let’s be honest, its not a moneymaker for most people,” he added.

Rep. James Langevin, D-R.I., who is chairman of the House Cyber, Innovative Technologies and Information Systems Subcommittee, was joined by several members of both the public and private sectors discussing cybersecurity for small and medium-sized businesses in the critical infrastructure industry. They used US Telecom’s recent 2021 Cybersecurity Survey as a backdrop for that discussion.

According to the survey, 26 percent of employees, versus 50 percent of executives, consider cybersecurity a high priority. Kliewer expressed disappointment about that gap, saying that for his company, he spends a lot of time focusing on employees and ensuring that they’re all informed on cybersecurity.

One challenge to be addressed to get businesses up to speed on cybersecurity is education and awareness.

Jeff Goldthorp of the Federal Communications Commission suggested on the webinar the possibility of federal agencies to providing “fairly robust and rich and large set of guidance and practices” to a smaller segment of the industry that “has a different set of needs or where the scale is smaller,” he said.

Ola Sage, CEO of CyberRx, expressed similar concern. There could be several reasons why employees don’t make cybersecurity as high a priority as executives, she said, including lack of mechanisms to communicate that message across the company, or employees believing that cybersecurity isn’t their personal responsibility. It comes back to the question of education and awareness, she said.

Langevin said cyber criminals often go after a broad range of targets, hoping to hit the easiest victims. “These criminals go after entities really with the weakest cybersecurity hygiene, which often unfortunately means small businesses,” he said. “Ransomware is rampant right now, and its hitting a lot of small businesses in addition to hospitals or school systems,” he said.

Langevin said cybersecurity monitoring is about “risk management,” which is an ongoing process.

The influence of foreign nation-state adversaries

The webinar came in the wake of other cybersecurity panels and congressional hearings on the recent SolarWinds cyberattack that infiltrated thousands of American companies and federal agencies. The hack is currently being blamed on Russia.

Langevin touched on the influence of foreign nation-state adversaries. “I want to make something perfectly clear: countries like Russia actively aid and abet cyber criminals,” he said.

“We’re really living in a golden age of cyber crime because there are countries, again, that allow and encourage criminals to operate within their borders,” he said. “While some of the talk of norms and the need for stronger cyber diplomacy may seem esoteric, I can really assure you that it is increasingly relevant to stopping the constant stream of intrusions targeting small businesses around the country,” he said.

“It is not just the case that if you are a company that has highly sensitive [intellectual property] or provides critical infrastructure that you are the only type of company at risk. We are now seeing adversaries, including criminal groups, that will launch what I call indiscriminate attacks targeting anybody in this country with a vulnerability,” he said.

“Every company in America is at risk,” he said, adding they need to “take urgent steps to manage vulnerabilities in their IT infrastructure.” 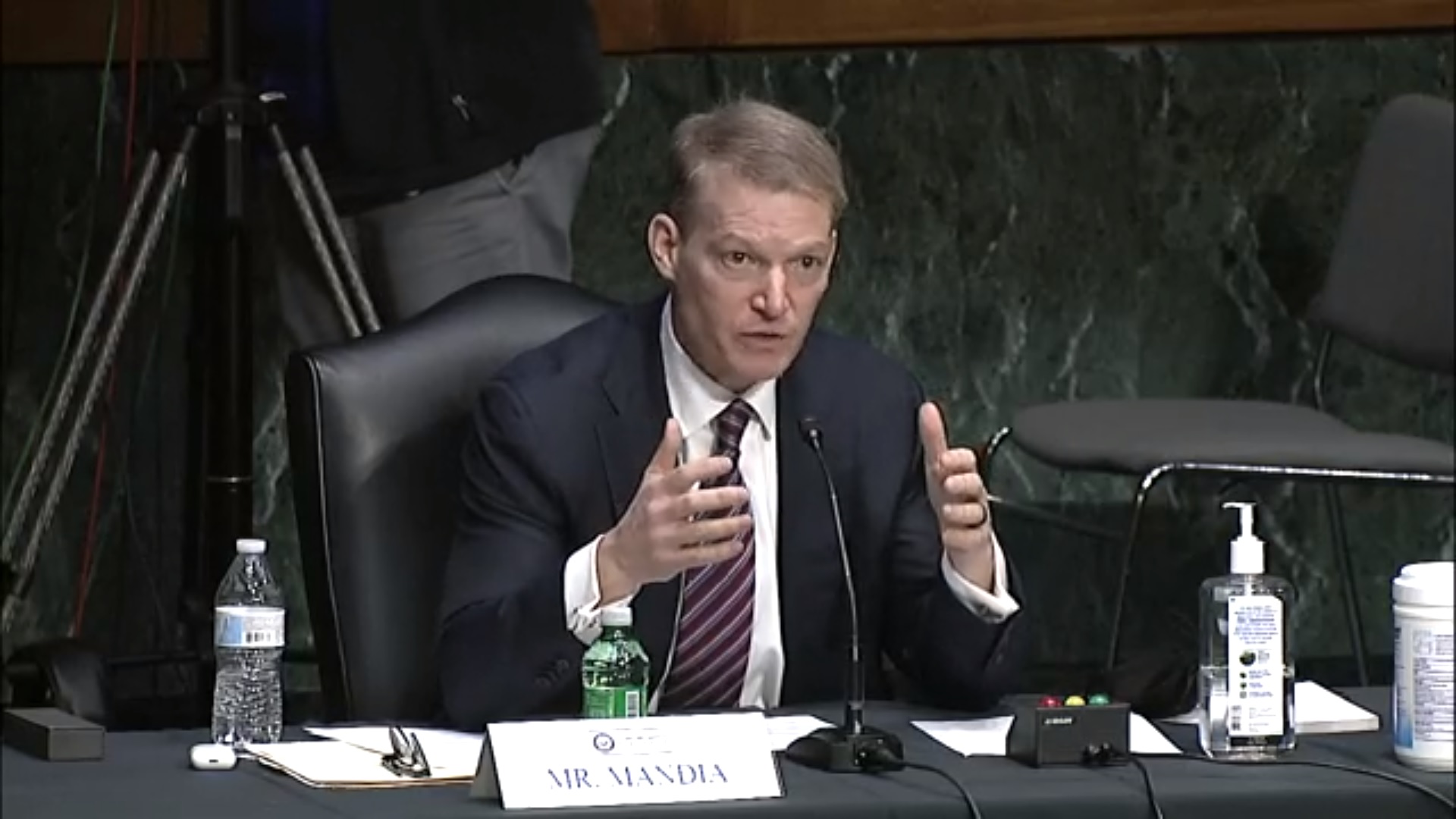 Screenshot of FireEye CEO Kevin Mandia from the hearing

WASHINGTON, February 24, 2021 – In the first public hearing on the topic since the SolarWinds cyberattack in December, industry leaders testified Tuesday before the Senate Intelligence Select Committee that there are still unanswered questions about the attack.

Those questions include who did it, how they did it, and what they wanted.

Although the attack colloquially assigns SolarWinds as the victim, many companies were affected, and it was the cybersecurity firm FireEye that first announced they had been infiltrated.

The hack, which occurred between March and June 2020 and targeted several companies and federal agencies, has been widely attributed to Russian intelligence. FireEye’s CEO Kevin Mandia and Microsoft President Brad Smith, both whom testified at the hearing, said the adversary was likely the Russians, but did not want to give an irrefutable affirmation.

“We all pretty much know who it is,” said Mandia.

Although there is not yet definitive proof, we are confident from the evidence that this was the Russian intelligence agency, said Smith.

As Broadband Breakfast reported Tuesday, SolarWinds’ CEO Sudhakar Ramakrishna said that the attack was very sophisticated and required extensive expertise, as it occurred in the software update supply chain environment.

The other witnesses agreed. Mandia explained that FireEye found the implanted code from thousands of hours of examining detailed assembly code that requires specialized knowledge to understand.

Although we’ve seen many cyberattacks in the past, the scale of this attack was new, said Smith. The level of expertise we saw here required at least a thousand very skilled, capable engineers, he said.

Mandia said that this attack has been in the works for a long time. “This has been a multi-decade campaign for them. They just so happen to—in 2020—create a backdoor SolarWinds implant,” he said.

SolarWinds still does not yet know how the attacker penetrated the company’s supply chain environment, but has narrowed it down to a few possibilities, said Ramakrishna. He did not elaborate on details, emphasizing that the investigation was still under way.

Various senators asked what needs to be done now that the world knows about the attack. The witnesses said they need better partnerships between the public and private sectors, especially a confidential way to report cyberattacks to the government.

They also said that nations need to agree on “ground rules” for engaging in cyberwarfare. During war, we agree not to bomb ambulances or hospitals, and in the digital space there needs to be equivalent off-limit targets, said Smith. These should include software updates, because the entire world and every type of infrastructure, both digital and physical, relies on them, he said.

The House Oversight and Homeland Security Committees are scheduled to hold a similar hearing Friday. 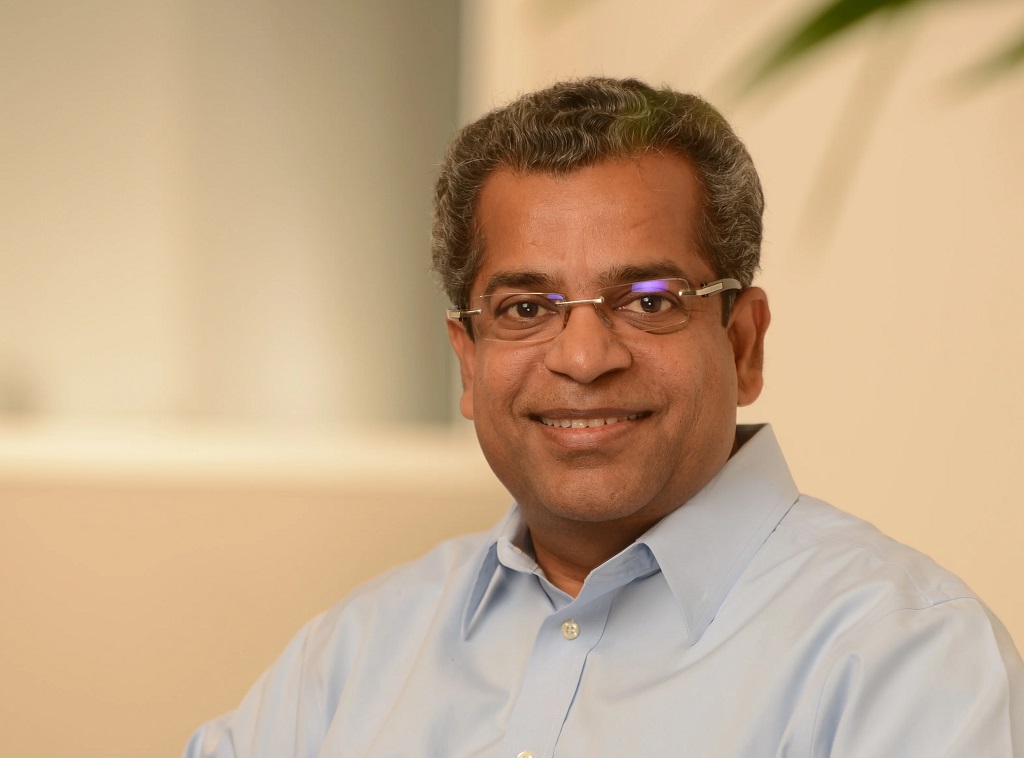 February 23, 2021 – The data breach suffered by SolarWinds in December illustrates the need for better communications between industry and government, according to the CEO of the information tech company.

CEO Sudhakar Ramakrishna said Monday that it is important that the industry shares information because cyberattacks cannot be dealt with alone.

Ramakrishna and Suzanne Spaulding from the Center for Strategic & International Studies talked Monday about what SolarWinds and the industry had learned in the two months since the malicious attack.

“I see this as an organizational commitment to the community,” Ramakrishna said. “Why would a victim of a hack be out there talking about it? It is our obligation to do so,” he added.

Ramakrishna said there are three aspects of cyberwarfare that the community can improve on.

First, there needs to be more public and private partnerships between companies and governments to resolve these issues, which should also include protection and possible incentives for hacked victims to come forward publicly.

Second, the community needs to set better standards for itself, to reach for excellence instead of just compliance. We should do more than just check off the necessary boxes to meet requirements, he said.

Third, there needs to be better communication methods with government agencies, he noted. Ramakrishna lamented that dealing with different agencies slowed down their ability to find solutions and led to an “asymmetry of information” between the company and the government. He suggested there could be one government “clearinghouse” that communicates with companies and then disseminates the information to the necessary agencies.

The SolarWinds cyberattack, which many believe was Russian in origin, breached several prominent entities, including federal agencies, through a supply-chain software update in early 2020. Although SolarWinds initially thought up to 18,000 of its customers may have been affected, they’re learning that that number is actually much less than that, Ramakrishna said.

Neither he nor Spaulding could definitively say what the perpetrators wanted from the attack, but speculated that they had many objectives, including a few likely “prized assets,” according to Ramakrishna, and gathering details about the environments that they hacked.

Ramakrishna stepped into the CEO position at SolarWinds on January 4, and said he wasn’t expecting a malicious cyberattack to be the first priority of his new tenure, but said that he was prepared for circumstances like this from his previous experience.

He, as well as former SolarWinds CEO Kevin Thompson, will now testify in front of the U.S. House Oversight and Homeland Security Committees on Friday about the attack. to be held on Friday.