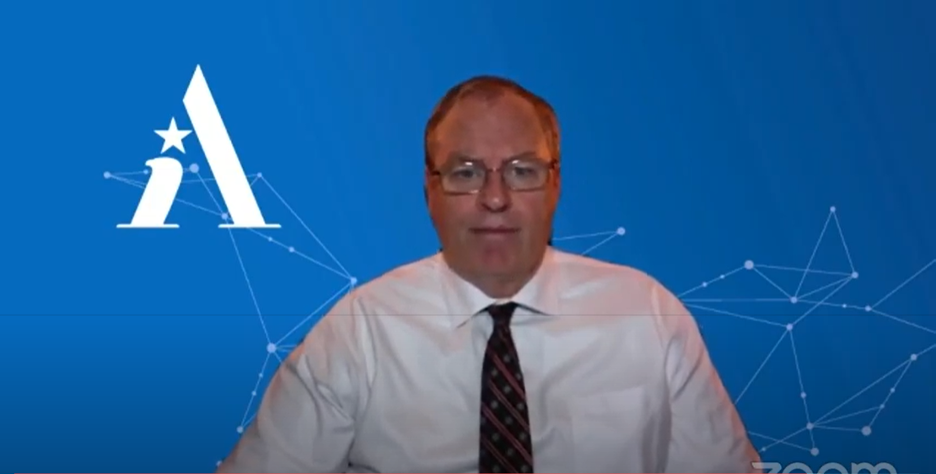 Screenshot of Bob Work, vice chair of the NSCIA, from the webcast

July 21, 2020 — The National Security Commission on Artificial Intelligence held its first live-streamed meeting on Monday, following a recent federal court ruling that required the commission to comply with the Federal Advisory Committee Act by opening its meetings to the public and regularly publishing its records.

NSCIA Chair Eric Schmidt opened the meeting, in which commissioners were set to deliver and vote on recommendations outlined in their Quarter 2 Report, by praising transparency and thanking the public for their interest in the work being conducted.

Screenshot of NSCAI members from the webcast

The recommendations focused on creating systemic initiatives to increase AI research and development initiatives across the country.

The report found that government AI strategies are currently threatened by bureaucratic impediments and that “the U.S. government is not adequately leveraging basic, commercial AI to improve business practices and save taxpayer dollars.”

“Departments and agencies must modernize to become more effective and cost-efficient,” it continued.

“AI can help the U.S. Government execute core national security missions, if we let it,” the report stated.

Members recommended that the Department of State incorporate AI-related topics into technology training modules in order to increase the overall digital literacy of people working in the government.

The commissioners proposed that the Department of State and Congress expedite efforts to establish the Bureau of Cyberspace Security and Emerging Technology, which would work to align national security responsibilities related to cybersecurity and emerging technologies with the department’s international security effort.

The challenge of bridging the technology talent gap in U.S. government can be solved by systematically incentivizing the development of AI and tech skills, panelists said.

It’s important for the government to “tap into the expertise of those who would like to be cyber defense agents, but for whatever reason cannot be, due to barriers,” said José-Marie Griffiths, president of Dakota State University.

The commissioners recommended the government move to create a National Reserve Digital Corps, modeled after the Reserve Officer Training Corps.

They further recommended creating a U.S. Digital Service Academy, a new academy to train future civil servants in digital skills in order to fill gaps in the current digital workforce.

The commissioners recognized that American colleges and universities are not meeting the demand for undergraduate student interest in AI and computer science generally, noting that American AI talent often depends heavily on international students and workers.

Former Federal Communications Commissioner Mignon Clyburn spoke to the importance of training and recruiting AI talent in non-discriminatory ways, saying that “talent comes in many forms and in many places — always be mindful to be inclusive.”

The commissioners recognized the importance of creating a framework that develops AI ethically and responsibly, voting unanimously to recommend that government agency’s deployment of AI solutions always align with American democratic and institutional values. 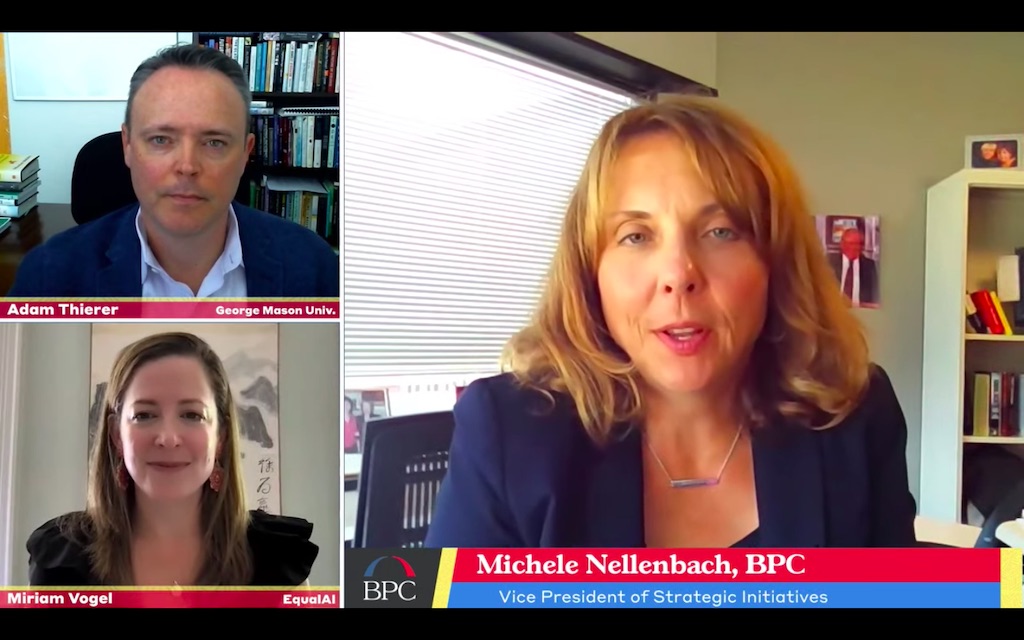