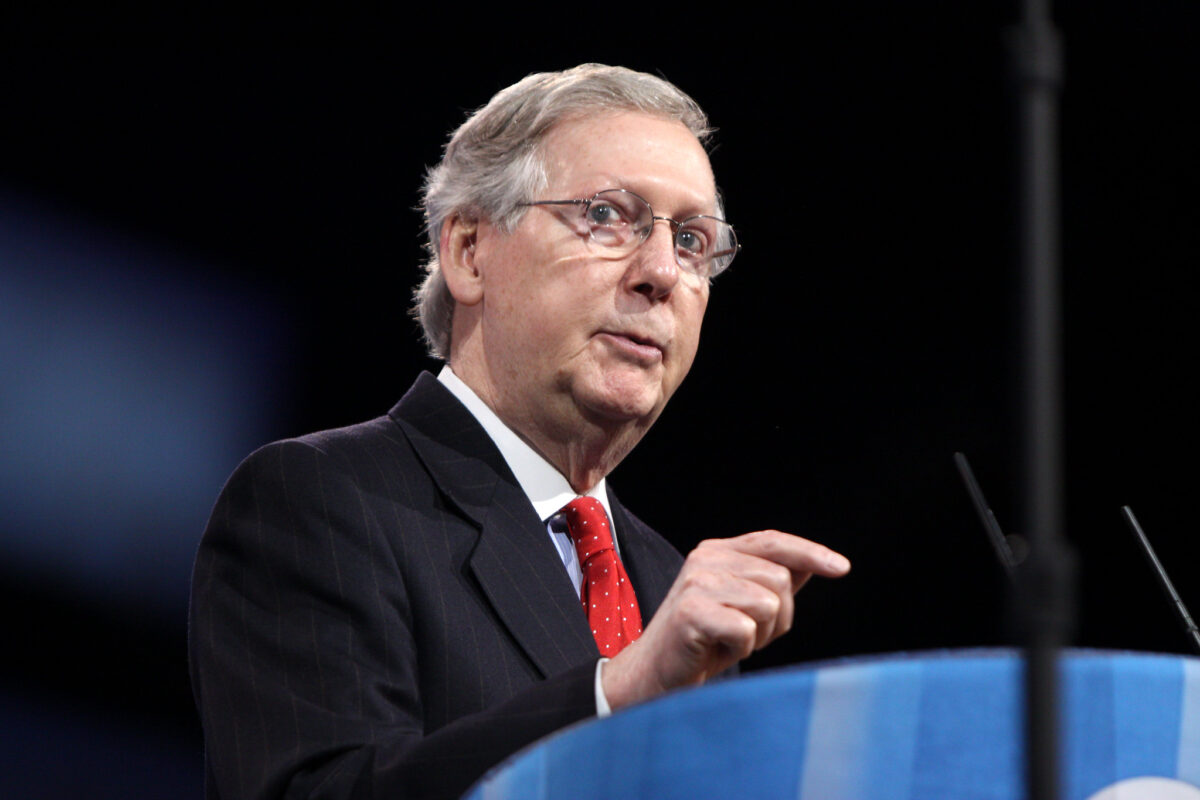 The Senate’s Health, Economic Assistance, Liability Protection and Schools Act is a $1 trillion answer to the $3 trillion Health and Economic Recovery Omnibus Emergency Solutions Act passed by House Democrats on May 15.

The passage of the HEALS Act will lead to difficult negotiations between Republicans and Democrats, as the parties diverge dramatically on what efforts should be included in coming relief bills, NPR reported.

The Senate’s proposed bill is on a completely different track.

The HEALS act would provide another round of stimulus checks to Americans, but slash the $600 weekly unemployment assistance, set to end July 31, to about $200 a week.

The bill would provide around $100 billion to help schools and colleges physically reopen, as well as $16 billion for virus testing.

Both Republicans and Democrats have spoken out against the bill.

Sen. Ron Wyden, D-Ore., called the unemployment assistance proposal “a punch in the gut and a slap in the face” for jobless Americans.

“Children are hungry, families cannot pay the rent, unemployment is expiring and the Republicans want to pause again and go piecemeal,” Pelosi said.

“We have stood ready to negotiate for more than two months,” she continued, urging senators to come to her office “and get the job done.”

Rep. Anna Eshoo, D-Calif., along with three colleagues, wrote a letter to the Federal Communications Commission on Thursday highlighting the lack of transparency surrounding the implementation of the agency’s COVID-19 Telehealth Program.

Although FCC Chairman Ajit Pai previously said the agency would submit monthly reports detailing how the program’s funds would be allocated, no such reports have yet been published.

The lack of transparency was raised at a May 19 briefing of the House Subcommittee on Communications and Technology and at a June 24 oversight hearing before the Senate Commerce Committee.

The letter claimed that the FCC’s lack of transparency was one of the reasons applicants from several states did not receive funding, despite being seriously impacted by the crisis and eligible according to the program’s rules.

A task force created by Wisconsin Gov. Tony Evers aims to help expand broadband access across the state and into rural indigenous reservations.

The new task force will advise the governor and legislature on broadband policy and develop strategies for expanding high speed internet statewide.

The shortcomings of rural broadband were especially apparent this past spring, as students transitioned to learning at home during the pandemic.

According to members of the task force, up to 60 percent of rural indigenous students did not have access to adequate internet service to do their homework.

In response, Evers approved a budget of $48 million earlier this year for a two-year broadband expansion grant program.