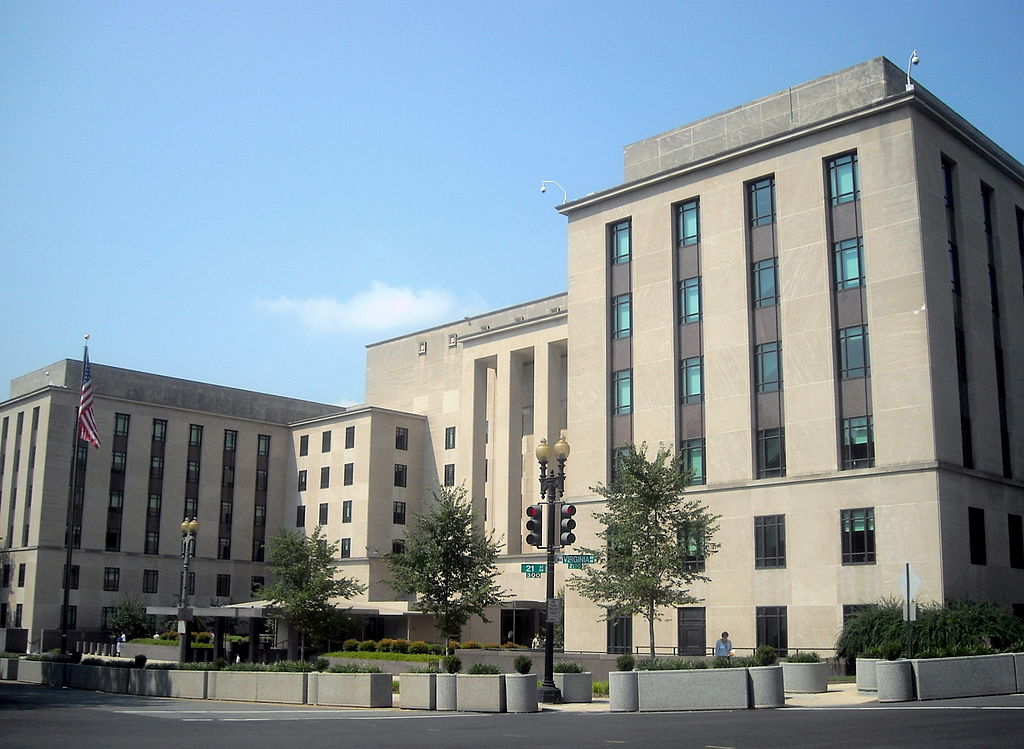 Photo of U.S. Department of State Headquarters by APK used with permission

In a webinar sponsored by the Government Executive Media Group, Charles Chen, director of the Artificial Intelligence and Emerging Technology Office at the U.S. Department of State, emphasized the importance of utilizing artificial intelligence tools.

The technologies offer the capabilities to strengthen the security of data and critical infrastructure. For these reasons, many federal, civilian and defense agencies have already integrated artificial intelligence technology into their operational strategies.

The U.S. Department of State, commonly referred to as the State Department, is a federal executive subdivision responsible for carrying out U.S. foreign policy and international relations initiatives.

The State Department realized that artificial intelligence held the power to allow the department to more effectively meet their goal of representing U.S. diplomatic and economic interests in the international community, Chen said.

The State’s Technology Engagement Team, which defends against foreign disinformation and propaganda by leveraging technologies and smart policies, is planning to use a platform called the “Disinfo Cloud” as a testbed to rapidly identify, assess and implement artificial intelligence solutions to counter propaganda and misinformation.

The State Department’s Artificial Intelligence and Emerging Technology Office has a slew of active projects involving AI, including attempting to consolidate and centralize data lakes, monitoring practices of telecommunications systems remotely and exploring automation and predictive analysis for numerous bureaus.

Further, the State Department is establishing a secure cloud-based platform to improve IT service delivery by implementing an Identity Management System solution for all departments, which will allow users to transition to cloud collaboration platforms, modernizing the department’s digital architecture.

The State Department is also exploring the use of AI to improve form processing and to clean data in HR systems. AI algorithms would be particularly useful as they can automate tedious processing tasks, organize unstructured data and route information to appropriate places, Chen said.

While the State Department is attempting to build robust 21st century systems, there are challenges in its way. A public tech workforce shortage has existed for some time, meaning that government AI systems are decades behind that of private entities.

Public-private collaboration is the only option for the State Department if it wants to have any hope of catching up to private sector AI capabilities, Chen said.