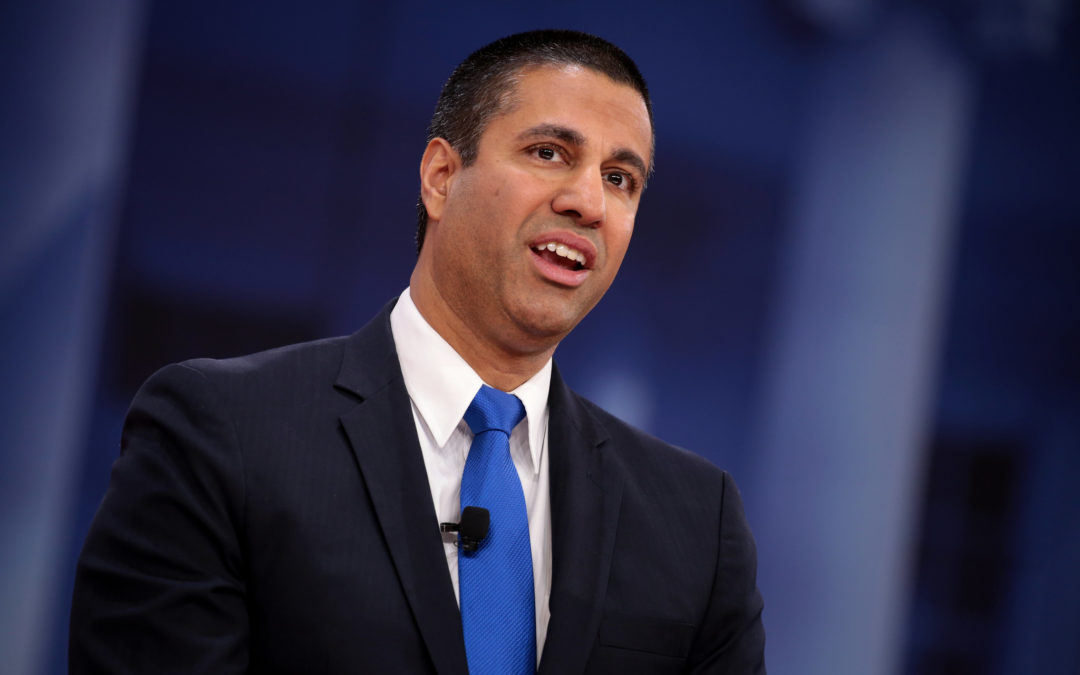 Pai said (PDF) he was particularly excited about the FCC’s recent policy move to give tribes priority access to spectrum in the 2.5 Gigahertz (GHz) band. “We voted to give tribal entities an exclusive window to obtain access to available 2.5 GHz band spectrum to serve rural Tribal lands,” said Pai.

The window was initially open for 182 days, during which the FCC received hundreds of applications. In July, the agency decided to extend the window by an additional 30 days, until September 2, to give tribes impacted by the pandemic more time to file their applications.

On Monday, Energy and Commerce Committee Chairman Frank Pallone, Jr., D-New Jersey, and Communications and Technology Subcommittee Chairman Mike Doyle, D-Pennsylvania, released a joint statement responding to the Defense Department’s submitting a request for information on the creation of a government-owned and operated, nationwide 5G network.

“The Department of Defense’s RFI on the creation of a government-owned and operated 5G network will do nothing but slow the deployment of this critical technology,” said the Energy and Commerce Committee’s press release.

“The plan appears specifically crafted to enrich President Trump’s cronies and undermines the careful and complicated work done by the FCC and the NTIA to allocate this spectrum for commercial use.”

“Worse still, our government appears to be backtracking on President Trump’s commitment last month that ‘the American wireless industry will be able to build and operate 5G networks.’  The confusion he and his Administration are creating will surely set us back in the race to 5G.”

The statement comes after just last week, every FCC Commissioner, including Chairman Pai, claimed to oppose a nationalized 5G network.

Mobilitie, a private wireless infrastructure firm, is installing a 5G wireless network inside Chicago’s premier civic center, the Daley Center. The project will provide the Daley Center with a neutral-host network with voice, data and streaming connectivity available throughout the building.

Mobilitie’s deployed a neutral-host networks for other government venues, as well as city-wide small cell networks. They designed a system for the Daley Center that aims to meet the demands of employees and visitors today, and supports the use of future technologies.

On Monday, Librarian of Congress Carla Hayden announced the appointment of Shira Perlmutter as the new Register of Copyrights.

As the head of the U.S. Copyright Office, Perlmutter will oversee the Office’s administration of major areas of copyright law, such as registration by copyright owners and various statutory licenses, as well as the advice the Office provides to Congress.

The non-profit group Public Knowledge applauded the selection. “We are excited to hear that the search for a new Register has concluded, and congratulate Perlmutter on being named the next Register. We look forward to working with her to protect and advance the rights of everyday users, fans, and consumers online,” said Meredith Rose, senior policy counsel at Public Knowledge.