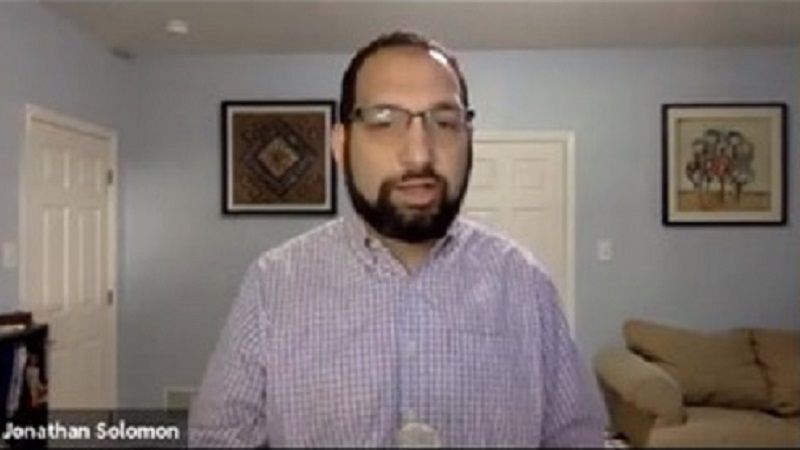 Screenshot of Jonathan Solomon from the Broadband Communities Virtual Summit

September 26, 2020 – The next wave of 5G has the potential to revolutionize education and democracy, said Jonathan Solomon, solutions architect for Amazon Web Services, in a question and answer session at the Broadband Communities Summit on Wednesday with Bob Knight, executive vice president of Harrison Edwards.

“There is a basic connectivity problem that needs to be overcome,” said Solomon, speaking of the digital divide. “But when we do overcome this, classroom experiences will go to the next level.”

Solomon said that virtual reality, augmented reality and so-called “mixed reality” would be a large part of this change.

For example, instead of dissecting a real frog, which can be messy and make some students sick, a virtual dissection could be performed by students remotely using special glasses, and without needing a frog and the dissecation equipment.

”Glasses are a good way to start, but I think there needs to be more than that,” he said.

Just as many people have been clearing rooms in their houses for Zoom calls, Solomon projected that “an immersive room could be in the future.” If this were to happen, Solomon said broadband providers would need to support it, which would include making graphics processing units more ubiquitous, as they are required for these immersive experiences.

These experiences will be enabled by multiaccess edge computing, which allows for synchronous interaction even if parties are far away from each other – and Solomon highlighted this as a core competency of AWS Wavelength, Amazon’s newest up and coming technology.

Wavelength, an extension of the Amazon Web Services cloud, is fully managed within a carrier’s network, as opposed to a more remote region. Wavelength allows developers to “deploy applications directly in the network, connected to the network itself, and also leverage the capabilities of AWS and the resources back in the region,” explained Solomon.

While government can be slow to adapt to new technologies, the pandemic has fostered greater civic engagement. In the move towards a more virtual society, feeling secure to vote has become a major concern.

Solomon responded that Amazon would continue to participate in democracy by providing governments with the tools and technology needed to do “whatever [they] want to do.”

The Cloud Continues to Revolutionize Industry, With Businesses Transitioning at a Rapid Pace

The Cloud Continues to Revolutionize Industry, With Businesses Transitioning at a Rapid Pace 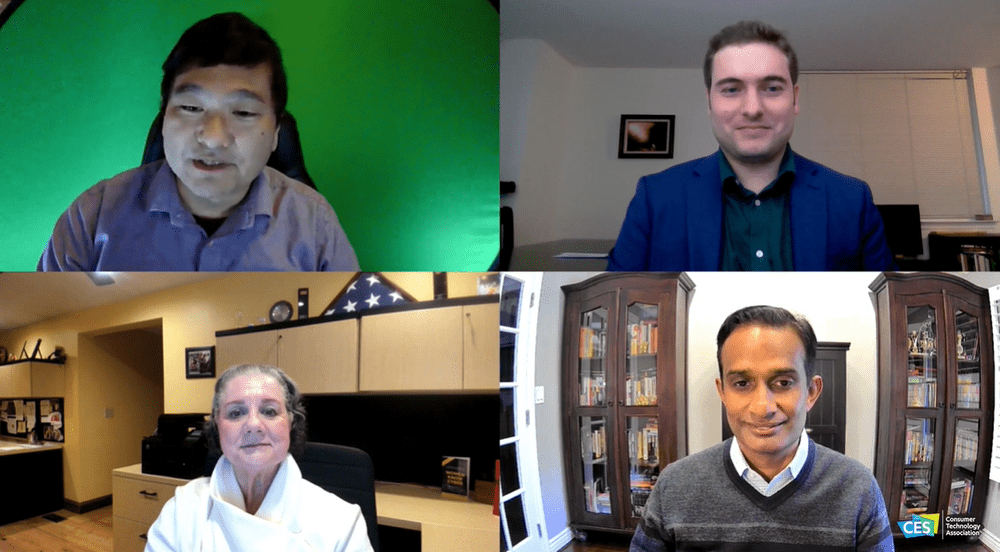 January 19, 2021 —“Cloud technology has fundamentally taken a different form during the COVID-19 pandemic,” said Karthik Narain, cloud first lead at Accenture, adding that businesses are transitioning to the cloud at rapid paces.

Investments in and usage of cloud computing have surged 57 percent due to the impact of the COVID-19 pandemic, said a panel of experts contributing to the Consumer Technology Association’s annual Consumer Electronics Show.

According to Narain, moving a business’ operations to the cloud is a significant commitment, but one that increases efficiency and scalability. Businesses and governments alike have more flexibility to scale up or scale down with cloud computing power, he said.

The value of cloud technology to businesses is also seen in the company’s return on investment.  Balancing the pros and cons associated, Narain said one concern businesses may have about cloud technology revolves around security risks that may arise, such as ensuring new and existing cloud consumers’ data is securely kept. Yet, he maintained that cloud providers are well-equipped to handle this issue.

Companies can explore cloud computing technology as a testing ground, without committing too much early-on when deciding to move to the cloud, said Edna Conway, vice president and chief security and risk officer for Azure at Microsoft.

When it comes to cloud adoption rates, some estimates predict as low as 20 percent of companies will adopt it in the coming years, while others are as high as over 60 percent.

Conway says that the variance in adoption predictions is no cause for concern, as it merely depends on the rate at which industries move towards it. For example, the healthcare sector is integrating cloud services slower than the retail sector.