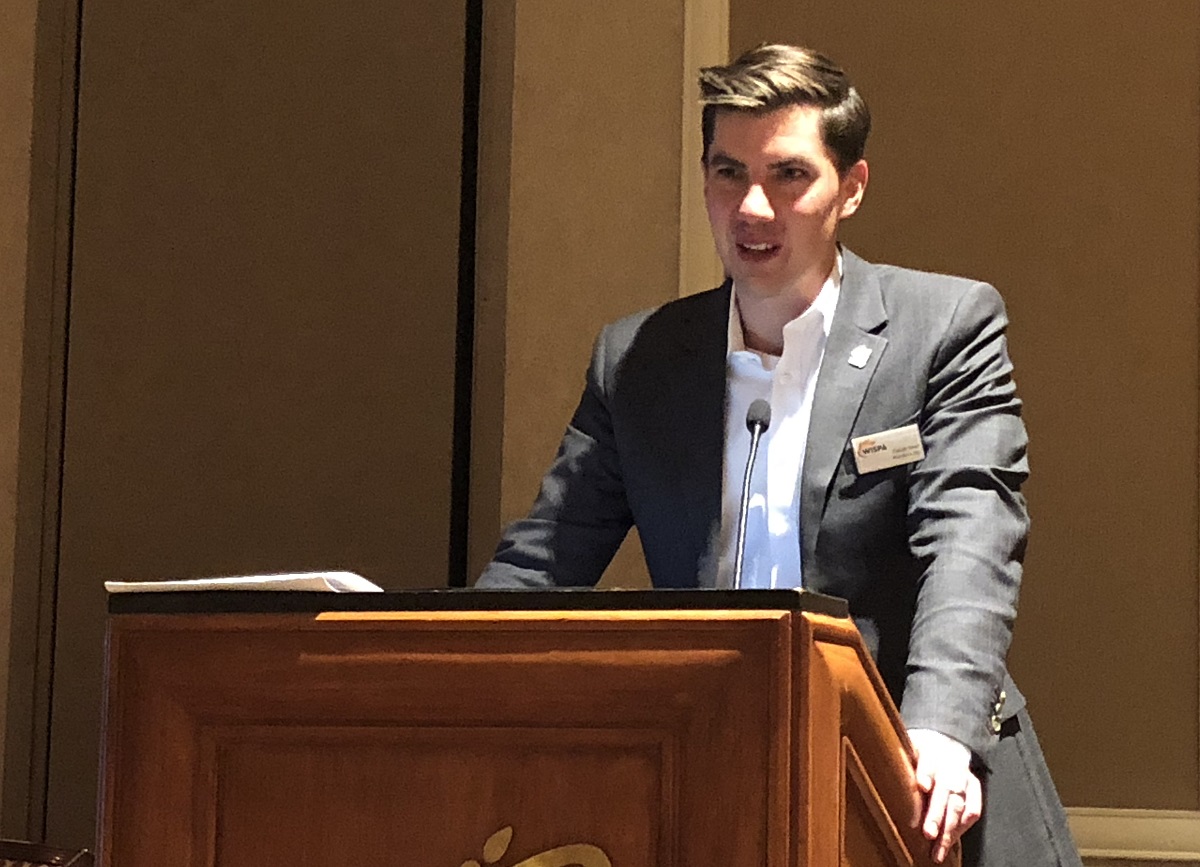 FCC Chairman Ajit Pai shared his plan Tuesday (PDF) to make the 3.45-3.55 GigaHertz (GHz) band available for commercial use in the United States, setting aside 100 megahertz for commercial 5G use.

“With this 3.45 GHz band proposal, the upcoming C-band auction of 280 megahertz of spectrum, and the recently completed auction for Priority Access Licenses in the 3.5 GHz band, the Commission is on track to make a wide swath of 530 megahertz of continuous mid-band spectrum available for 5G,” said Pai, who heads the Federal Communications Commission.

This plan would also work to fulfill congress’s MOBILE NOW Act, which calls for the agency to “make new spectrum available for flexible use,” and work with the Commerce Department’s National Telecommunications and Information Administration to determine the feasibility of this band’s commercial use.

The law also calls for new rules “to enable commercial use and coordination between federal and non-federal users.”

The White House and Defense Department on August 10 announced operations in the band could make space for commercial 5G operations.

The rural broadband association NTCA raised concerns to the FCC (PDF) about the intercarrier compensation rates associated with 800 numbers.

The association is concerned about additional costs on rural local exchange carriers.

NTCA therefore urged the FCC “to make explicit in any upcoming order with respect to 8YY traffic that, in the absence of mutual agreement, no party may force a change to any RLEC’s existing interconnection points that define financial responsibility for interconnection and transport of calls pursuant to any tariff, contract, or other arrangement even if the intercarrier compensation rates applicable under such vehicles may be altered by a Commission order.”

If the FCC did decide to make changes to interconnection responsibilities, reductions in access revenues would follow.