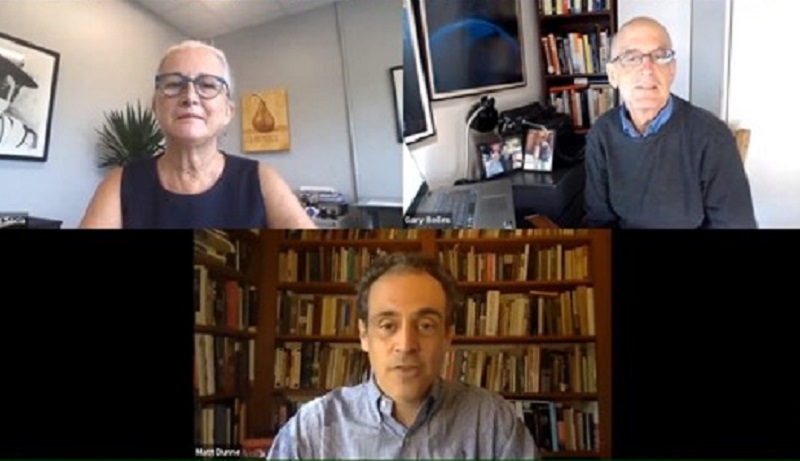 September 24, 2020 – The pandemic is not a pause, but a reset on the future of work, agreed panelists Gary Bolles, a chair at Singularity University, and Matt Dunne, founder and executive director of the Center on Rural Innovation.

“Many are talking about this pandemic as a pause, but I see this as a reset,” said Bolles, speaking at the Broadband Communities Summit on Wednesday that was moderated by Deb Socia, CEO of the Enterprise Center in Chattanooga, Tennessee.

Bolles said he saw the country currently in phase two.

Elaborating on the areas of a reset, Dunne said that there has been an “automation acceleration, particularly in low-cost labor, but especially to minimize contact.”

There has also been a digital reset in that “the implications of a digital divide have really been laid bare,” he said.

In the workplace reset, with many companies hiring remote workers – and this is particularly impacting rural America, where the lack of broadband has made a particularly strong impact.

“Rural America is unique because it’s either zero or one. Either they’ve got great coverage, or they’re relying on crappy [digital subscriber lines],” said Dunne.

In contrast, Bolles did not think that broadband coverage was binary, saying that just because you have “some” access to broadband, doesn’t mean you’re “in.” He said that you can’t just “run a highway” of broadband everywhere and expect that to finish the job, because every place needs different things.

Both agreed that states should not prohibit municipalities from building broadband.

“Some states that have laws in place that prevent some communities from building out their own broadband networks,” said Bolles. He called for federal rules to permit communities greater autonomy in decision-making.

Bolles defined success as having vision painted at national level and states given more leeway to do what they need to.

Government Support Necessary to Bridge the Digital Divide, Say AT&T and Others