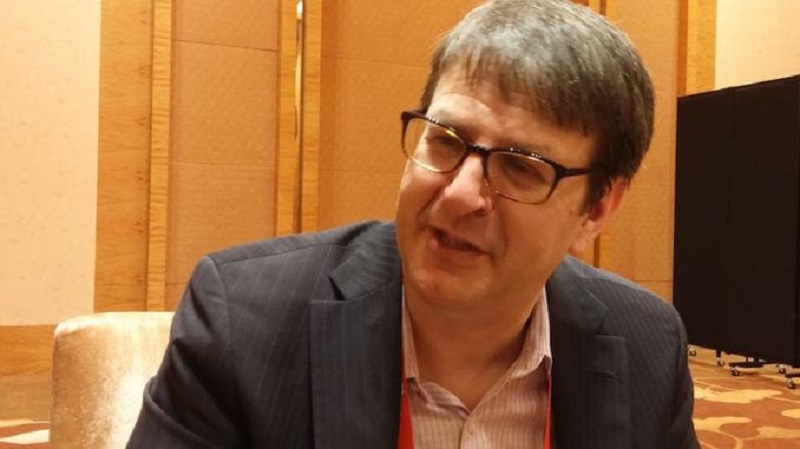 Simington is the representative to the government advisory committee of the Internet Corporation for Assigned Names and Numbers from the Commerce Department’s National Telecommunication and Information Administration.

In the White House announcement, the administration highlighted Simington’s private sector experience as senior counsel for Brightstar Corporation, as well as his work in areas involving “secure supply chains.”

Simington has negotiated “deals with companies across the spectrum of the telecommunications and internet industry, including most of the world’s leading wireless carriers” and  “spearheaded numerous international transactions in the devices, towers and services fields and forged strong relationships with leading telecom equipment manufacturers,” the White House said.

He has also worked on NTIA’s American Broadband Initiative, the Trump administration’s rebranding of the agency’s longstanding work in broadband policy.

Simington is unlikely to continue O’Rielly’s “light touch approach to telecom policy,” favored by some Republicans. Simington also allegedly participated in the drafting of the administration’s social media executive order, reported Makena Kelly for the Verge, who highlighted the prospect of Simington’s appointment six days ago. That would “be a victory for Republicans who want to see the FCC take a larger role in regulating social networks,” she wrote.

In August, O’Rielly made a speech opposing changes to Section 230. Trump withdrew O’Rielly’s nomination shortly thereafter, leading to the termination of his service when Congress adjourns this year.

UDP is increasingly being used in new data transport methods, but also has use across the internet as a communication protocol for time-sensitive transmissions.

“Today’s consumers expect their broadband service to deliver speed, low latency and seamlessness,” said Robin Mersh, CEO at Broadband Forum, adding that consumers have been speed testing more under COVID-19, and that speed, latency, and jitter are key network metrics.

In a blog post for AEI, visiting fellow Daniel Lyons highlights one aspect of the net neutrality case Mozilla v. FCC in light of whether California’s SB-822, passed in 2018, is preempted by federal law.

Although the Communications Act distinguishes between federal and state authority “in different places for different technologies,” Lyons notes that Section 332(c) is the relevant section for mobile services.

“The key restriction is that states may not regulate rates charged for mobile service,” said Lyons, “though they are allowed to regulate ‘other terms and conditions’ of commercial mobile services.”

Cellco Partnership v. Hatch invalidated a “Minnesota law preventing wireless providers from changing a customer’s rate without getting the customer’s affirmative consent,” he notes. In that case, the Sixth Circuit Court of Appeals ruled that the law affected rates even though the state argued that it was a consumer protection measure covered by “other terms and conditions.”

The appeals court clarified that the safe harbor for states applied to “’neutral application of state contractual or consumer fraud laws,’ not industry-specific measures that directly affect rates.”

By contrast, notes Lyons, SB-822 has a number of restrictions that regulate wireless rates: Paid prioritization and blocking are prohibited, fixing a “rate of zero for access to premium internet content and inhibit[ing] wireless companies from offering plans that include limited internet access at a lower rate.”

Additionally, several provisions of SB-822 are stricter than the FCC’s open internet order. SB-822 prohibits zero-rating for a fee, as well as “payment from an edge provider to wireless providers to deliver traffic to consumers,” which effectively sets direct interconnection agreements at zero. SB-822 prohibits providers from adding specialized services to their networks if they negatively affect broadband performance.