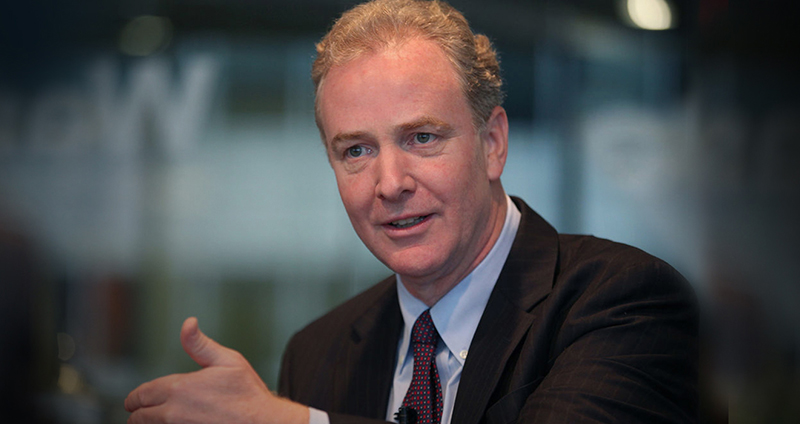 Photo of Sen. Chris van Hollen from his website

“We have a homework gap that is leading to a learning gap that will lead to an opportunity gap for 16 million children,” Markey said during a Thursday press briefing.

Before the pandemic, the digital divide was 9 million students. Now it’s doubled, they said.

Markey, who as a member of the House of Representatives played a key role in the creation of he Erate program in the 1996 Telecom Act, directly criticized Ajit Pai, chairman of FCC. He said “he is misinterpreting the E-rate to say that he cannot spend E-rate money to ensure that kids get it at home. He can! The FCC can do that. He is making an explicit decision not to use that money. He is turning the FCC into ‘failing to connect children,’— that’s what FCC stands for in the middle of this crisis.”

Van Hollen agreed with Markey, and said that Commissioners Jessica Rosenworcel and Geoffrey Starks have been very clear that the FCC does have the authority to use e-rate money to fund students. “Chairman Pai is the one that continues to drag his feet on this issue.”

Van Hollen continued,“This is the fastest way to get help on this issue. [Chairman Pai] could do this today.”

Van Hollen also criticized Senate Majority Leader Mitch McConnell’s emergency relief program proposal for not including any funding for students while at the same time providing a provision for highmillionaires to get tax breaks for their kids, kids who were already in a secure position.

Randi Weingarten, president of the American Federation of teachers, lamented “The E-rate program could have easily been used throughout this pandemic.”

“You don’t have to create a new program,” said Weinbarten. Designating how the subsidy should be directed “should not take more than a nanosecond. Most of the suburban and urban areas have [internet] access, it just has to be turned on and subsidized.”

Weingarten suggested partnering with major cable companies like Comcast or Spectrum so that every single parent with a school-aged child pays no more than $5/month for an internet bill.

“They can’t hide behind the fact that they give us lip service,” Ernest Logan, president at American Federation of School Administrators, AFL-CIO, said of the FCC. “This is a fight for our children.”