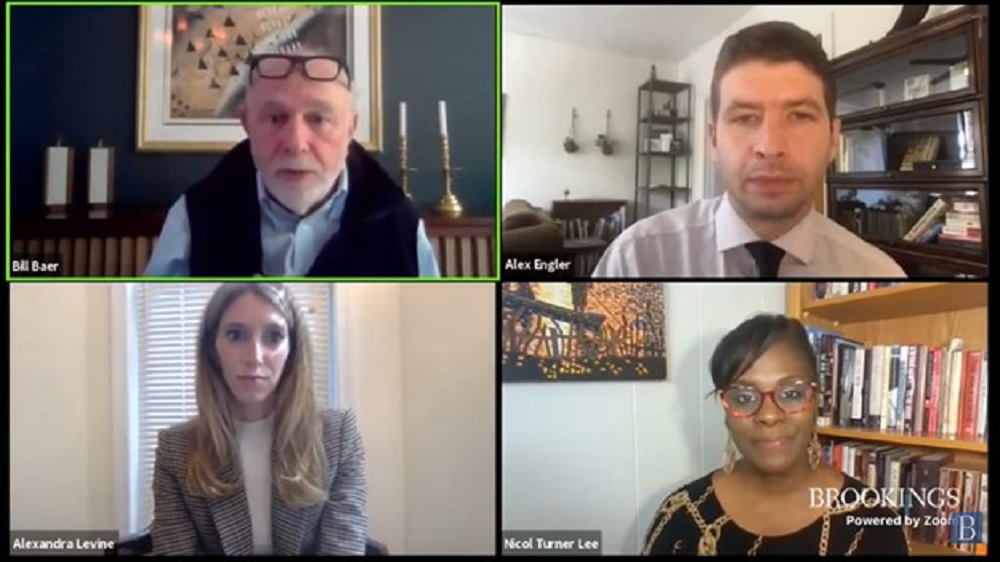 Bill Baer, an expert in antitrust law and visiting fellow of governance studies at Brookings the Institution,  recounted how surprised he was that so many Republicans actually supported greater antitrust enforcement.

Now, he said, they would actually allow law enforcement to go after abusive behavior and inappropriate acquisitions by large firms. Baer recently testified before the House Judiciary Antitrust Subcommittee.

He predicted that this – with an election of Biden – might produce a “perfect storm” that would involve substantive changes to antitrust law for the first time since the early 1950s.

These issues will probably not be addressed till late spring or summer 2021. Though relevant, antitrust won’t be the first item on the docket of either a Biden administration or a new Trump administration. Still, Baer predicted that we may see legislative changes before law enforcement changes, which is very unusual, he said.

The latter would likely be a “hot potato” to be sorted out between the new head of the antitrust division and the new chair of the FTC, because even if a lawsuit were premature and on shaky grounds, there may still be a need for it, said Baer.

On predicting which administration would be friendlier to Silicon Valley, Nicol Turner Lee, senior fellow of governance studies and director of the Center for Technology Innovation at Brooking’s Institution, said that while Congress will ultimately determine which party dictates the agenda, an administration of Biden and Vice Presidential candidate Kamala Harris would have to do something to address the current perception that they are “cozy” with Silicon Valley companies.

Panelists agreed that if Biden won the election, passage of a federal privacy bill may be made more urgent. Turner Lee suggested that there may be structural changes with Harris looking at tech policies around hiring and discrimination, as well as improving algorithmic accountability.

Alex Engler, Rubenstein fellow of governance studies at Brooking’s Institution, predicted that Biden would probably try to push for regulation of facial recognition and systems for bail release, while Trump would be unlikely to address these things.

Engler also predicted that under Biden, changes to Section 230 would likely be more incremental, saying “It’s not just keep it or scrap it.”

Turner Lee agreed with Engler, and added that often people don’t think about if the social media problems they’re facing are due to Section 230, algorithmic amplification or something else.