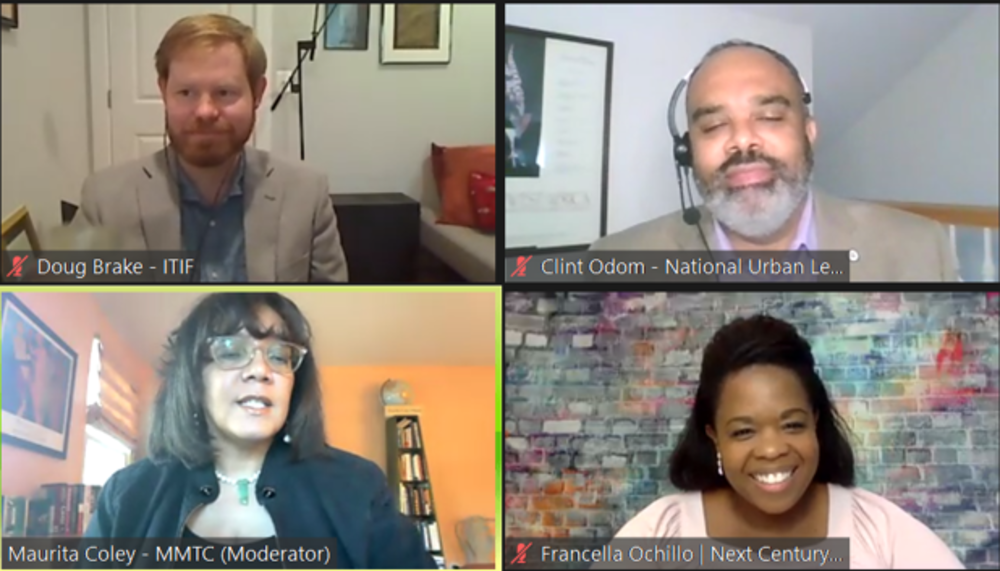 October 15, 2020 — Millions of Americans remain unconnected today, even as broadband connectivity remains vital to countless aspects of our daily lives, including health, work, and education.

At a “fireside chat” hosted by ALLvanza, a Latino advancement group, panelists asserted that tackling the digital divide was more important than ever. Persistant homework gaps disproportionately affect students coming from low-income, minority, and rural communities. That is likely to turn into a long-term education and opportunity gap.

Federal Communications Commission Commissioner Jessica Rosenworcel began the conversation detailing a scene that has become all too normal around the country today: A photograph that went viral of two young girls, sitting back-to-back, with laptops in hand, attempting to complete their schoolwork outside using the Wi-Fi from a Taco Bell in California.

“We have tools to help fix this issue and we could use them right now,” said Rosenworcel.

She called for upgrading the FCC’s E-Rate program to meet the moment of extreme desperation created by the pandemic. Further, Rosenworcel said the agency should reorient the FCC’s Lifeline program, traditionally created to make voice services more affordable for qualifying low-income consumers, around broadband accessibility.

“We need to stop the homework gap from becoming an education gap,” championed Rosenworcel.

“There is real opportunity for the FCC to be leaning on the E-rate program right now,” said Doug Brake, director of broadband and spectrum policy at ITIF, during the panel discussion following Rosenworcel. “There is a good size pot of money that could be getting into the hands of teachers,” he said, adding “it’s shameful we’re not doing more to address that.”

“We are essentially deciding who gets to participate in the digital ecosystem and who gets to receive the opportunities provided by it,” said Francella Ochillo, executive director of Next Century Cities. According to Ochillo, “76 percent of African Americans and Hispanics could be shut out from jobs projected to be available in 2045.”

Federal resources currently being filtered towards increasing broadband access at schools and libraries can help solve the gap, said Ochillo, but she contended that this is still not enough.

“Currently local and state governments are relying heavily on the generosity of private sector stakeholders,” said Ochillo. She advised “you have to get broadband to the home. Winter is coming and I don’t want to see ‘Susie Q’ out in the cold.”

The session was moderated by ALLvanza’s Rosa Mendoza.