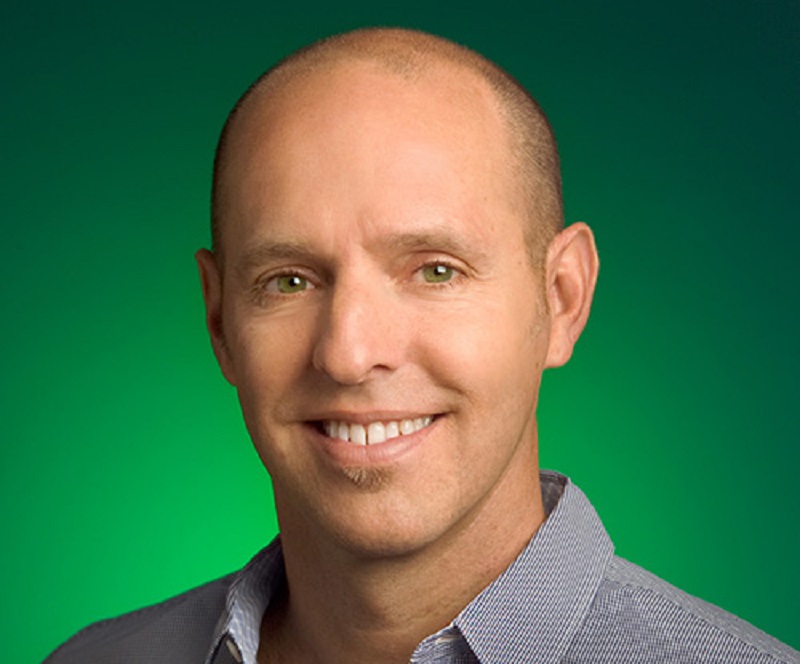 October 20, 2020 – There are many viable options for deploying fiber that should be explored, stressed John Burchett, head of public policy and community affairs at Google Fiber, as part of Fiber Broadband Association’s “Connecting Consumers” event series on Wednesday.

After four years of pausing on new markets and building a more sustainable business model, Google Fiber is ready to come out of the shadows, said Burchett.

Google Fiber is currently ramping up construction in their current markets, as well as exploring ways to leverage third parties for faster, more affordable fiber deployment. In the past Google Fiber has focused on organic builds—where the company would do everything from dropping the fiber to homes to marketing their services.

West Des Moines, Iowa, a suburban sister city to the state’s capital to the east, is the company’s most recent focus. The city’s preparedness and initiative made them an ideal candidate for Google Fiber, said Burchett.

West Des Moines wanted to build a network composed of fiber conduits that extended to every home. They brought in Google Fiber as their anchor tenant, just as malls often secure stores like Macy’s to bring in other vendors.

However, in West Des Moines, Google is constructing the conduit drop all the way to the house. That requires permission from the homeowner.

While households will not be required to sign up for Google Fiber just because they have the infrastructure installed, it does mean that any provider they choose can build out quickly to the customer. Burchett estimated it will take two years to build out the whole of West Des Moines.

Burchett mentioned another viable model in Alabama. There, Huntsville Utilities installed a dark fiber network and Google Fiber leased it out, helping the city finance the project.

While models like West Des Moines and Huntsville minimize the capital needed up front, operating margins are less because rent is paid all the way through, said Burchett. He urged organizations to consider this tradeoff, acknowledging that every place might have a different preference.

He said the company hopes to catalyze a movement of third network providers. They believe that to get good broadband the country will need more competition, which will require buildouts of a third network in addition to incumbent cable and telecommunications companies.

“We’re trying to show that it’s financially viable to come in as a competitor,” said Burchett.

That said, Burchett clarified that Google Fiber’s business model would not likely work in small communities because setting infrastructure, sales, maintenance, and service levels were difficult to do in isolation. However, Burchett allowed that if there were smaller communities nearby, for instance 10-15 miles outside Google Fiber’s build in Kansas City, it might make sense to build out to them.

Google Fiber also has various incentives for providers to cover as many people as possible. For instance, in West Des Moines, providers will get a reduced fee if they agree to pull fiber everywhere and not cherry pick the most profitable parts of the city. Google Fiber also incentivizes building out multiple dwelling units by paying per household passed. 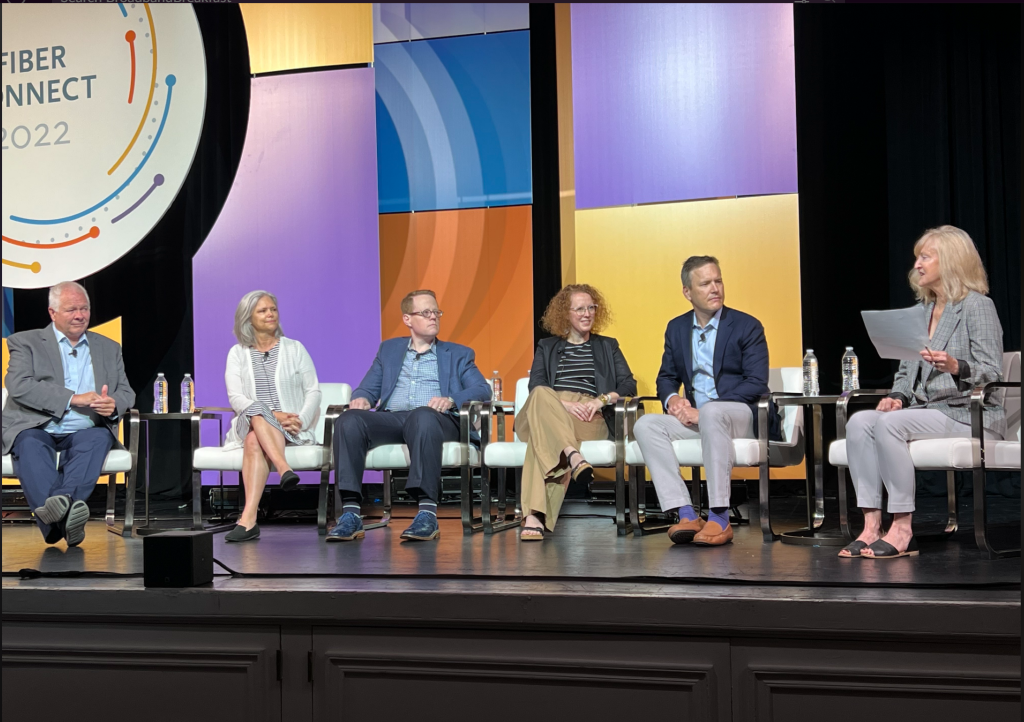 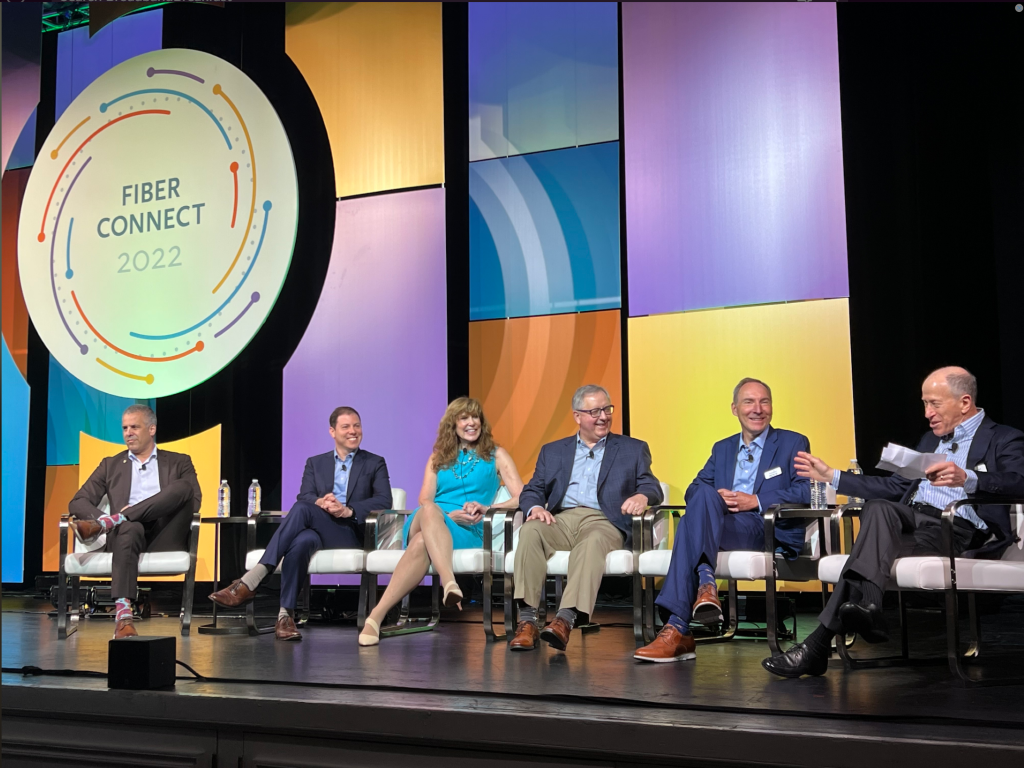 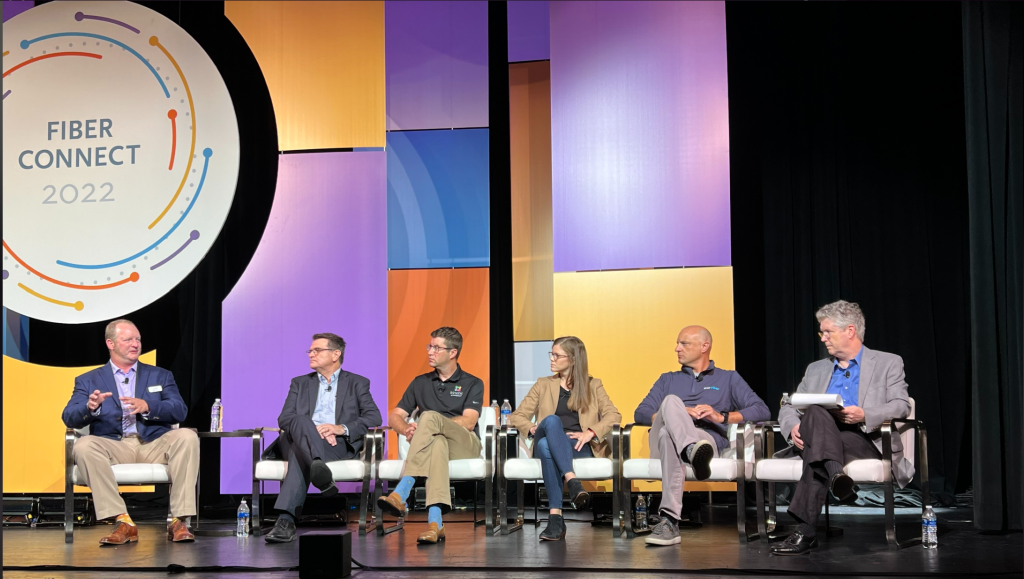