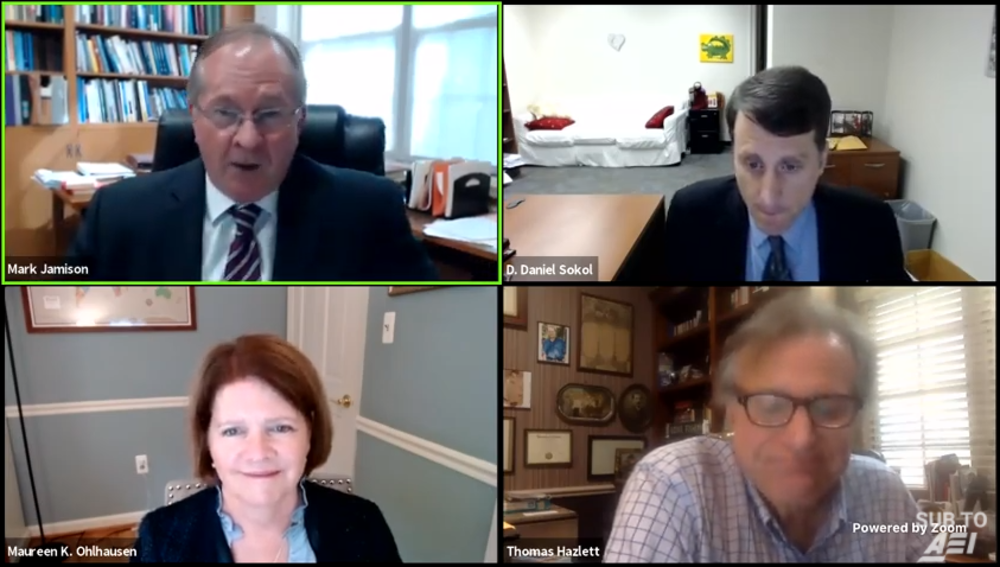 “If you believe that there should be a much more politically motivated approach to antitrust, then you’ll agree with the report,” said Daniel Sokol, professor in the Levin College of Law at the University of Florida.

Sokol called the report a partisan act similar to the Federal Communications Commission’s December 2017 net neutrality reversal. It would be “extremely naïve and short sided to think this is somehow different,” he said.

Comparing the House report to the Federal Trade Commission’s “big data” report issued in 2016, Sokol said that in the FTC’s report all the submissions were cited and there was nuance and synthesis.

“That’s not what we get here,” he said, where “around 375-pages of the House docket focus on news stories and submissions from professors,” without providing any sourcing.

“I was asked by the House Judiciary Committee to submit a paper to the proceeding,” said Thomas Hazlett, professor of economics at Clemson University and former chief economist at the FCC. Yet, according to Hazlett, none of the papers and sources gathered by the Committee were listed in the document. “While reading, I didn’t see any effort to incorporate the diversity of views that the Committee collected in good faith,” said Hazlett.

“The more you don’t have transparency in a report, the more it looks like a political document rather than something that’s weighty,” said Sokol. “Not a single one of the papers was cited. Maybe the staff looked at it, but they should have shown their work.”

“There is only a single page out of the 375-page analysis that actually mentions platforms may help competition,” said Sokol.