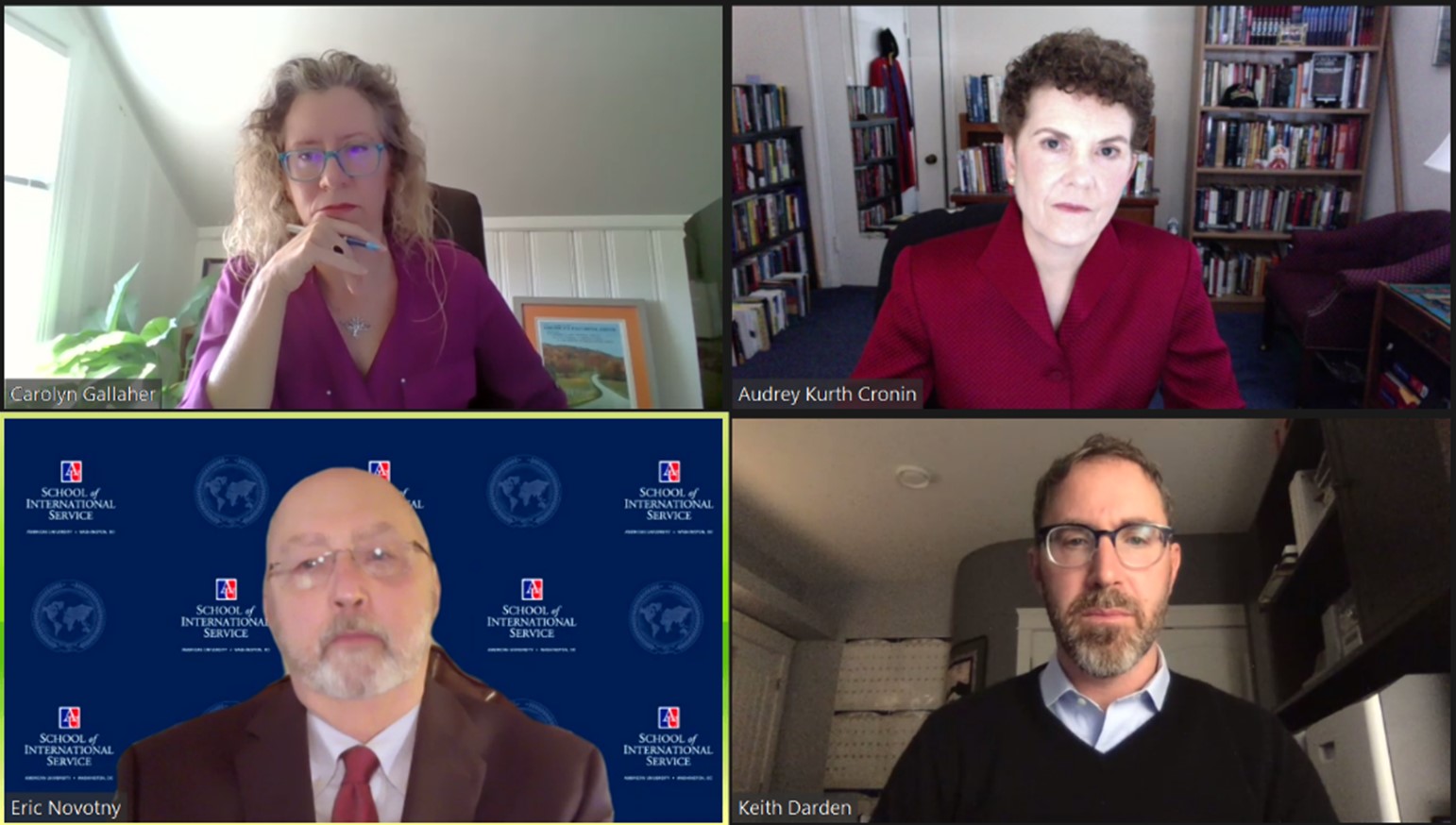 October 20, 2020 – Threats to this election are of historic proportion, claimed Audrey Kurth Cronin, founding director of the American University Center for Security, at a panel discussion on the impact of foreign and domestic players’ interference on democracy.

There have been many threats to the 2020 November elections, including cybersecurity attacks from foreign and domestic players. Speaking on an October 6 panel, Cronin also said she was concerned about foreign money slipping into our campaigns.

She was also critical of Section 230 of the Communications Decency Act, and said it needed to be narrowed so as to restrict tech platforms’s freedom in transmitting information.

Keith Darden, associate professor at the university’s School of International Service, disagreed with Cronin on Section 230. He said platforms like Twitter have been doing the right thing in shutting down fake accounts and monitoring misinformation. Moreover, it is not the government’s role to shut down speech. He said that private sector has done more for cybersecurity than the Trump administration.

Eric Novotny, program director for U.S. foreign policy and national security program at university, compared misinformation to credit card fraud, and said that we needed to accept a little bit of fraud so that everyone could use credit cards. Controlling fraud instead of removing it should be the policy focus, he said.

Panelists also discussed ballot-casting for this election. Cronin was concerned about the aspersions cast on the mail-in system, and even worried that the Trump administration would announce the election results before all the ballots were counted.

When asked how to solve this problem, she said media should do their best to focus on the counting of the ballots, but ultimately it was up to government would need to mobilize from within to combat election misinformation from leaking.

Cronin also pointed to troubling parallels between the U.S. and Russia. Elections get violated when incumbents call upon the military to keep them in office. There’s a dangerous tendency to substitute protest for electoral action.

However, he admitted the advantage of mail-in ballots was that it made voting more accessible for those who were far away from a voting station. He also suggested the creation of a bipartisan central electoral commission to protect against voter fraud.

Novotny felt these concerns would be a much bigger problem if the election were narrowly contested.