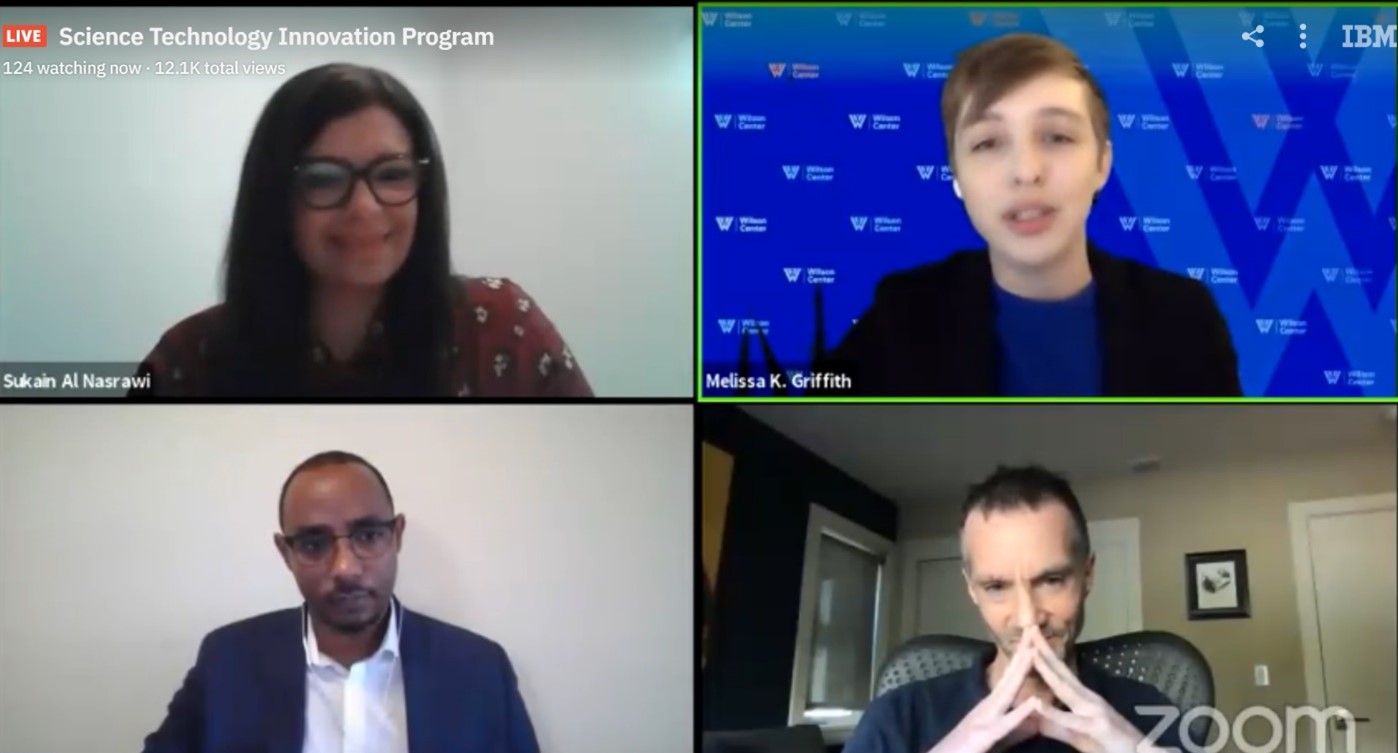 November 3, 2020 – The digital divides of language and gender are too often overlooked in considering matters associated with the digital divide, particularly globally, said panelists at a Wilson Center event on Friday.

“The biggest internet barrier to entry is translation,” said University of California at Berkey Professor Steven Weber, who is currently working on a paper to determine to what extent language is a digital barrier.

Weber, while acknowledging the benefits of language diversity, referenced the biblical Tower of Babel story, saying that when God confounded the people’s languages, he did so for the express purpose of creating transaction costs and economic friction.

Machine learning systems drive this machine translation. Most are supervised machine learning systems that use training data sets labeled by human beings, or existing translations. This means that low-resource languages like Swahili or Urdu end up with poor algorithms because they lack documentation—in fact, Weber said, a five order of magnitude difference exists between the best and the worst algorithms.

Weber is concerned that language documentation and translation is going to map onto areas of privilege versus areas without privilege, creating a “flat world” for high resource driven languages and a greater barriers for low resource languages.

United Nations social affairs expert Sukaina Al-Nasrawi is concerned about the digital divide in Arab regions. She said the numbers show a significant difference in developing and using digital tech between developing and developed countries.

While Arab regions are performing comparatively better in the information communication technology development, she said they are still behind the world average in basically every category except mobile tech.

Al-Nasrawi urged a focus on economic and political participation, and stressed that connectivity provides opportunities that can “steer the wheel of women’s empowerment,” even if only by changing attitudes.

Weber pointed out that throughout history whenever a new technology is introduced, the first few iterations do not always benefit people. He offered the railroad, which helped those living at crossroads and devastated the towns it passed by, and shipping containers, which benefitted people living in places like Los Angeles, but increased shipping expenses in places that were “on the grid.”

Though the Arab region may eventually be able to close all their digital divides, Al-Nasrawi said that if development continues at this pace the region will need more than 140 years to bridge this gap, “which is alarming.”

Zena Kebede, technical program manager of Microsoft’s Airband initiative, advocated for more innovation in the private sector and government partnerships to bridge this gap. He stressed that government involvement was key because in many countries they are usually the first stakeholders to invest in connectivity because others are unable to do so.