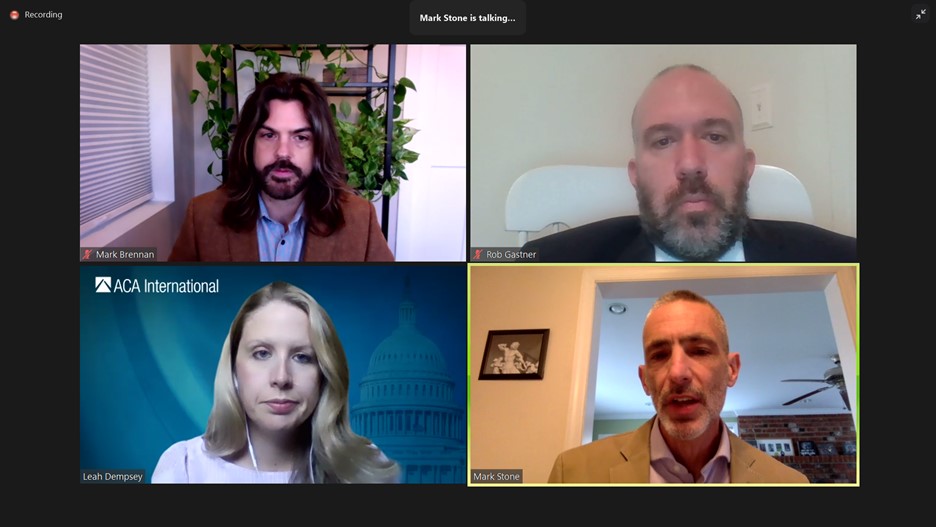 December 7, 2020 – The issue of autodialed telephone calls, including robocalls, will be back on the agenda of the Supreme Court on Tuesday for the second time in seven months.

In oral arguments in Facebook, Inc. v. Duguid, the court intends to resolve a split among the circuit courts as to whether the Telephone Consumer Protection Act applies broadly to calls made on many types of dialing equipment – or is limited to calls made on equipment from the early 1990s.

If Facebook prevails, TCPA litigation is likely to be significantly curtailed. The matter builds upon the July 6, 2020, decision in Barr v. American Association of Political Consultants Inc. in which, by a 7-2 vote, the court said that because the TCPA’s exception for collecting government debts violated the First Amendment, the TCPA was preserved with the exception excised.

Discussion about limits on the number of automatically dialed phone calls

Panelists at a November 19 event of the Federal Communications Bar Association generally came down on the side of the autodialers: They agreed that there should not be a broad frequency limit on calls.

This limit was suggested in a recent proposed regulation of the Federal Communications Commission that was intended to clarify some of the many and convoluted exemptions of the TCPA.

Leah Dempsey, senior counsel and vice president federal affairs of ACA International – which represents collection companies – said her members advocating against any limits on the amounts of calls.

Because of restrictions by other regulatory agencies overseeing telemarkers, having a broad frequency limit would lead to unintended consequences, she said.

Mark Stone, FCC deputy bureau chief of the Consumer and Governmental Affairs Bureau, said he agreed: The quantity of calls was not “probative as to whether or not it [was] an autodialer.”

Dempsey also mentioned some challenges the TRACED Act poses for a company’s ability to make calls subject to the TCPA. A lot of the industry has been seeing their calls blocked, and according to an industry survey, a lot of the calls were being blocked by either the carrier or a third party. She suggested that if callers were going to be notified of blocks to their calls notification would need to be timely—ideally within 24 hours.

Finally, Panelists also talked about the reassigned numbers database. Ten years after its establishment, the issue is still a mess, said panelists.

Under TCPA, callers need prior express consent under the called party. There are several items of ambiguity here, such as what “call party” means under TCPA.

Additionally, when callers perform their due diligence to get consent but then find that by the time they place the call, the phone number they’ve called is no longer assigned to the same consumer. There’s been debate about who is liable at that point, panelists explained.

Of the courts that have examined this issue, most have decided that it is the caller’s responsibility to ensure the call party was the correct one. However, the D.C. Circuit Court disagreed, creating a conflict to be resolved by the Supreme Court.

Panelists at the FCBA event supported the FCC’s new national reassigned numbers database designed to help callers compile the data they need to avoid making erroneous calls. That said, Dempsey said if the database doesn’t work, she hopes to get more clarity on the issue overall.

The Future of Work Relies on Technology and Broadband

Broadband Breakfast Interview: Waves Wants to Connect Entrepreneurs with Each Other

A resurgent pandemic is giving a company that remotely connects entrepreneurs with each other increasing popularity. 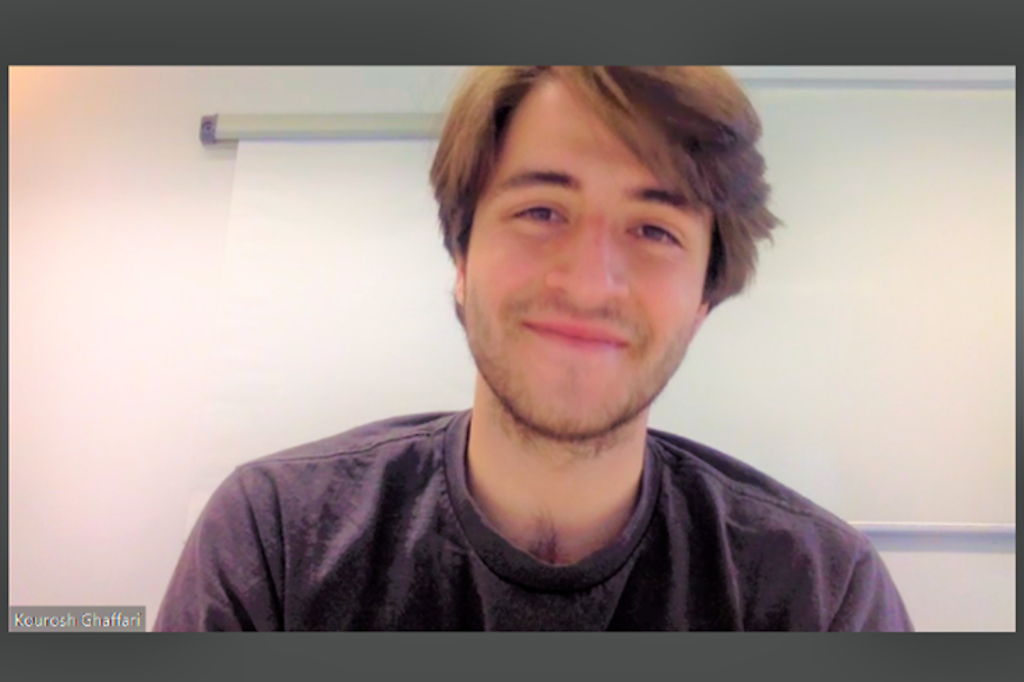 August 5, 2021 – As a resurgent pandemic places continued uncertainty on the workplace, despite increasing vaccinations, a new entrepreneur networking startup launched during the pandemic called Waves is growing.

Based out of London, England, and co-founded by Kourosh Ghaffari and Michelangelo Valtancoli, Waves connects entrepreneurs from all backgrounds with other entrepreneurs who share similar interests.

Broadband Breakfast interviewed Ghaffari to learn how Waves came to be and where he sees it going.

Geared toward early-stage student entrepreneurs, members of the “Wave community” are grouped into “waves,” or people with similar entrepreneurial aspirations. Then they are given curated content, weekly calls, and daily chats for free.

‘Micro communities that are personalized to you’

Waves currently has a few “Wave” groups made, but is rapidly growing its membership as new members joining are put on a waitlist until the right “Wave” comes along for them to be put in. After three weeks, members are switched out into new Wave groups to continue socializing and connecting with new entrepreneurs that can grow their knowledge.

For example, EdTech entrepreneurs will be connected with others who have knowledge in EdTech. Virtually all communication is done online using popular messaging platforms like WhatsApp, Zoom, Slack, or Google Hangouts as the pandemic continues despite rising vaccinations.

“After testing Waves on nearly 600 users in just four months, we have closed out testing round,” said Ghaffari. Waves is now focusing on developing its business model to include business to business (B2B) clients who want to activate and engage their users, he added. Waves already booked its first client and is post-revenue heading toward profitability, he said.

Ghaffari said he and Valtancoli started a podcast called “Almost Founders” that shares “practical content about early-stage entrepreneurship with a successful founder every week.”

The two co-founders saw their podcast community grow to a few hundred members, and wondered how they could keep listeners and supporters in more manageable groups. This is to keep from losing people during high growth periods.

He and Valtancoli found that groups of 10 people were the ‘goldilocks’ size to keep people involved on a personal level of connection while still having a big enough network to reach out to.

Telework Can Be Mainstay If Broadband Gets Up to Speed

Experts say telework is here to stay, so long as broadband disparities are fixed. 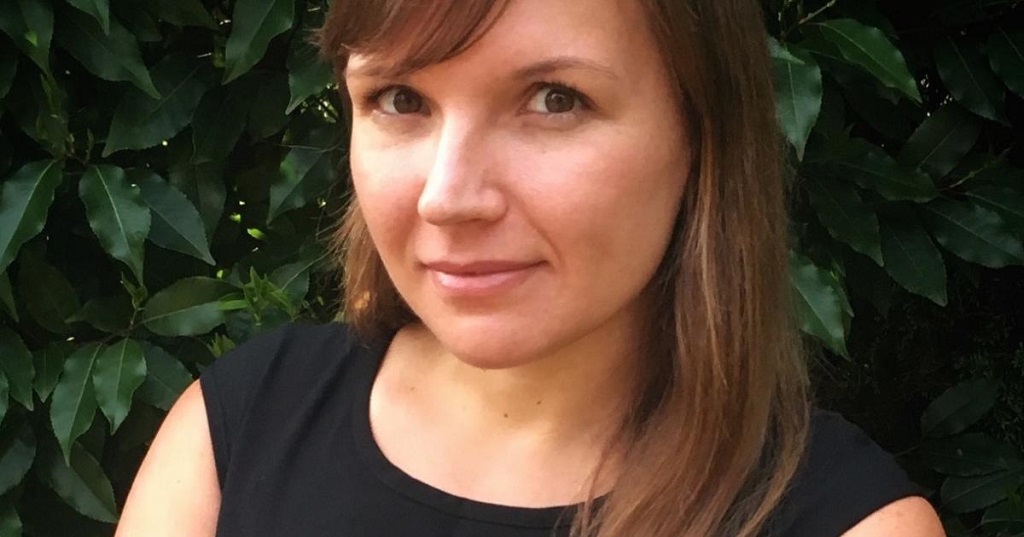 July 15, 2021 – As companies across the United States begin to open again, offices are preparing to make a crucial decision: to go virtual or implement a hybrid model.

But the decision may not be as clear-cut because connectivity has to be there to make a virtual work environment work, say observers, and some don’t have those advantages.

“They do not have the same job opportunities as those who do have access to broadband,” said Shelly Steward, director of the future of work initiative at the Aspen Institute during a virtual summit on Tuesday.

“If we want telework to be the future, this is critical to the process.”

Covid-19 provided an opportunity for companies to take the risk and redefine employees’ positions in order to provide the flexibility needed to work from home. “It was a forced experiment,” said Steward.

Steward said there are both benefits and challenges to digitizing the workforce. She said that telework allows for less routine and mundane work and that employees have said they feel safer and are more likely to be prepared if something comes up.

Resilience, Steward explained, was the benefit of digitalization. More money and time has gone into training and preparing employees for any kind of disruption, so they can continue to work. If there’s a natural disaster, another pandemic, or just a day-to-day life crisis, they will be prepared.

Michael Bailey, vice president at the Washington Department of Revenue, said during an event on the hybrid workforce at the summit that resilience was not “just in people but the organizations themselves.”

Companies were pushed to become flexible and accommodating in the process of shifting as many people as possible to home-based telework during the crisis.

However, during this shift, they were able to see the possibilities of positions remaining at home. Workers began to prefer working from home, emissions and office costs were reduced, and many people were able to better balance work and family roles.

“People will change their habits, and some of these habits will stick. There’s a lot of things where people are just slowly shifting, and this will accelerate that.” economist Susan Athey told the Washington Post last March.

However, Steward emphasized that “one size does not fit all.” She explained that many workers severely struggled this past year with professional isolation and may not approve of continuing this format. Inequalities can be exacerbated, Steward explained.

February 10, 2021—While the world continues a work-from-home orientation, broadband providers are searching for new and innovative solutions to keep up with the demands of this new normal.

“During the first six months of the last year, 2020, we have seen an increase of 62% in Wi-Fi data usage,” said Oz Yildrim, executive vice president and general manager of Airties’ Americas Business Unit.

Yildrim said that before the pandemic, there were significant differences in weekday versus weekend broadband usage, but with so much of the world telecommuting during lockdowns, this difference has disappeared.

Yildrim also emphasized that Wi-Fi usage went up by four percent during work hours and that reported Wi-Fi issues increased by 70%. He said that in his opinion, the next step in meeting this level of demand would be implementing 6E technology — the next generation Wi-Fi that will exist on the 6 GigaHertz (GHz) band, instead of the standard 2.4 GHz and 5 GHz – in consumer infrastructure.

Mike Talbert, associate fellow with Verizon global network and technology, noted that while he agreed with Yildrim’s assessment, he added that expanding the spectrum would also play a crucial role in meeting consumer demand. Talbert pointed out that everything from lightbulbs to doors to washers and driers is connected to Wi-Fi, and that this trend of connectivity is only going to increase in the wake of the pandemic.

Both Talbert and Yildrim wanted to make it clear that the wants and needs of every consumer are different and that broadband providers would need to be able to address this diversity of demand in terms of the types of services they provide.

Yildrim said that it is not even enough to recognize what consumers’ needs are today and that broadband providers need to be actively trying to assess the needs of tomorrow.

“We didn’t have that many peloton devices connected to our networks two years ago—so we don’t know what’s gonna come, but we know these services will have different requirements.”