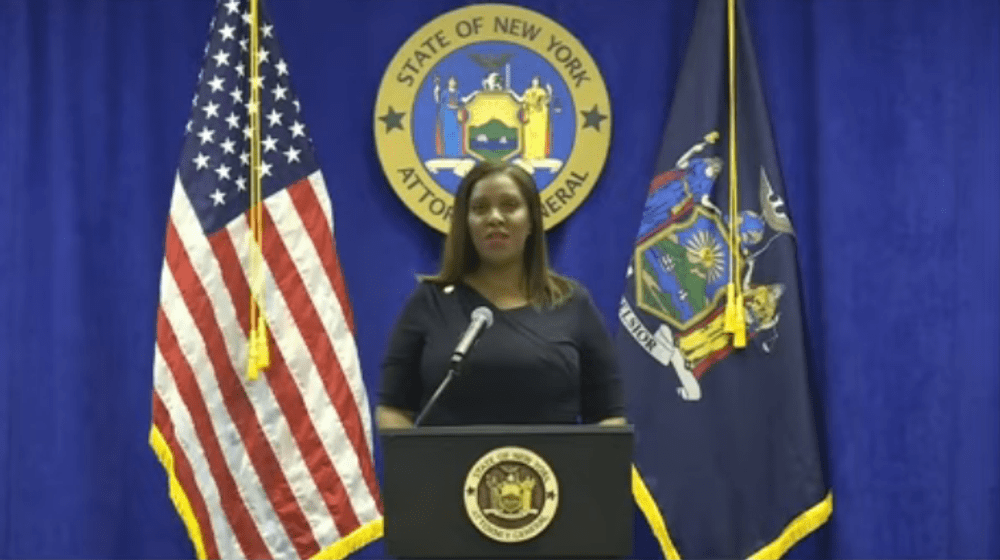 In particular, the FTC is seeking a permanent injunction in federal court that could, among other things, require the company to divest assets, including Instagram and WhatsApp, effectively breaking up Facebook as we know it.

It is “critically important that we have the power and jurisdiction including and not limited to divestiture,” said New York Attorney General Letitia James at a press conference announcing the action on Wednesday.

“The two most glaring examples of Facebook’s unlawful scheme are Instagram and WhatsApp,” said James. “For nearly a decade, Facebook has used its dominance and monopoly power to crush smaller rivals and snuff out competition, all at the expense of everyday users.”

The states’ lawsuit against Facebook involves the District of Columbia and every U.S. state except Alabama, Georgia, South Carolina and South Dakota. Alabama has not supported the multistate coalitions focused on antitrust concerns against other tech giants, including search engine company Google. Both Georgia and South Carolina signed on the Justice Department’s separate lawsuit against Google.

Almost every state in this nation has joined this bipartisan lawsuit because Facebook’s efforts to dominate the market were as illegal as they were harmful, James said: “Today’s suit should send a clear message to Facebook and every other company that any efforts to stifle competition, reduce innovation, or cut privacy protections will be met with the full force of our offices.”

Although it is quite rare for a court to actually unwind an acquisition, particularly one that occurred this long ago, James said she is confident she will succeed.  “Look at previous actions that have been taken by the Department of Justice, and our office as well, with respect to Microsoft and AT&T,” said James.

The FTC said Facebook engaged in a systematic strategy to eliminate its competition, by purchasing smaller up-and-coming rivals, Instagram in 2012 and WhatsApp in 2014. In an effort to maintain its market dominance in social networking, Facebook employs a variety of methods to impede competing services.

“Facebook has employed a buy or bury strategy to impede competing services,” said James. The two most utilized strategies have been to acquire smaller, potential rivals before they could threaten Facebook’s dominance and to suffocate third-party developers that Facebook invited to utilize its platform.

James said these strategies allow Facebook to maintain its monopoly over the social networking market and make billions from advertising.

Since 2004, Facebook has operated as a personal social networking service that facilitates sharing content online without charging users a monetary fee, instead, providing these services in exchange for a user’s time, attention, and personal data.

Facebook then monetizes its business by selling advertising to firms that attach immense value to the user engagement and highly targeted advertising that Facebook can deliver due to the vast trove of data it collects on users, their friends, and their interests.

Some pro-technology groups and organizations were critical of the lawsuit.

“The FTC’s lawsuit reads like a work of creative alternative history. The FTC assumes that these companies would have grown into giants if left alone, but in reality, it has no idea what would have happened,” said Asheesh Agarwal, Deputy General Counsel of TechFreedom.

“By filing this lawsuit, the FTC will discourage companies from investing in start-ups and thereby hinder innovation. Rather than punishing companies for their size and success, antitrust law should focus on actual harm to consumers.”

“CCIA strongly supports antitrust enforcement when consumers are harmed. However, the remedy needs to be tailored to the evidence, and not based on an artificially narrow definition of the market,” said Computer and Communications Industry Association President Matt Schruers. “Unwinding Facebook’s acquisitions of Instagram in 2012 and WhatsApp in 2014 is a drastic remedy that would not only harm consumers but also will have a chilling effect on innovation and the U.S. innovation ecosystem. We look forward to learning more about the facts and regulators’ evidence.”

But others were supportive of the lawsuits.

“These lawsuits mark a huge step towards reining in the power of dominant digital platforms,” said Charlotte Slaiman, director of competition policy at Public Knowledge. “For too long, our country and our world have been unwilling participants in Facebook’s ‘move fast and break things’ experiment. Without competition, users, news organizations, rival apps, and others have been locked into the Facebook network.”

Google Hit With Third Antitrust Lawsuit, This One by Both Democratic and Republican Attorneys General

Contributing Reporter Jericho Casper graduated from the University of Virginia studying media policy. She grew up in Newport News in an area heavily impacted by the digital divide. She has a passion for universal access and a vendetta against anyone who stands in the way of her getting better broadband.