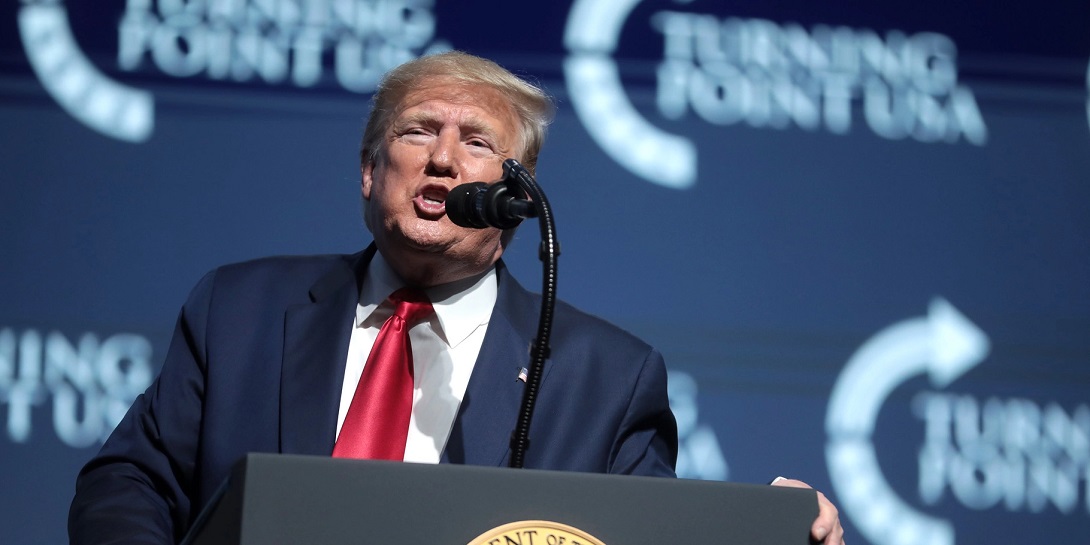 Photo of President Donald Trump from the Daily Dot

December 9, 2020 — The Senate on Wednesday voted 49-46, along party lines, to confirm the appointment of President Donald Trump’s nominee Nathan Simington to the Federal Communications Commission. Critics warn that Simington’s confirmation could stall the incoming Biden administration’s agenda, including the move to reinstate net neutrality rules.

Simington, who was previously a senior adviser at the National Telecommunications and Information Administration, was picked to replace Republican commissioner Michael O’Rielly, who is exiting the FCC when Congress adjourns at the end of 2020.

Trump declined to renominate O’Rielly for another term after the commissioner expressed doubt about the legality of the president’s executive order directing the FCC to explore how to interpret Section 230 of the Communications Decency Act to regulate social media companies.

Simington, whom critics point out has very little experience in the field of communications policy, was picked by Trump after Simington helped draft the White House’s executive order on Section 230 to bar social-media companies from “engage in censoring or any political conduct.”

The legality of such a maneuver is disputed, but it seems Trump’s actions are in hopes to gain regulatory power over Facebook, Twitter and other internet companies.

Simington’s appointment gives the FCC a 2-2 split between parties beginning January 20, 2021, given that FCC Chairman Ajit Pai said he will leave the commission on inauguration day.

If the Senate remains controlled by Republicans in the new year, pending the outcome of the races for Senate in Georgia, Majority Leader Mitch McConnell could move to block a Biden appointee to the FCC, preventing Democrats from securing a majority, in order to stymie the incoming White House.

Countless stakeholders have spoken out to congratulate Simington on his confirmation, including the Internet and Television Association, the Wireless Internet Service Providers Association, and the Internet Innovation Alliance.

The FCC’s Pai congratulated Simington and noted that the new FCC commissioner hails from a rural community, “and his confirmation ensures that this important perspective will continue to be represented on the Commission for years to come as the FCC continues its work on bridging the digital divide.”

Other stakeholders have warned of the potential for deadlock, urging the potentially divided Commissioners to work together. The Consumer Technology Association wrote in a statement, “when Chairman Pai steps down in January, the FCC will be deadlocked. As such, we urge the commission to work together in a bipartisan way to achieve shared goals, focus on those issues that are core to the agency’s mission and remain consistent with our free-enterprise values as a nation.”

Of the concerned interest groups, Public Knowledge’s statement was the most critical. In a released statement, the interest group urged the next Congress to quickly confirm President-elect Biden’s nomination to fill the fifth commissioner’s seat and further claimed that a deadlocked FCC was the original intent of Senate leadership.

The statement argued Simington’s confirmation will likely prevent the agency from doing all it can to help Americans access the internet during the pandemic, saying the situation “could jeopardize every technology initiative from expanding affordable broadband access to reinstating net neutrality rules.”

A deadlocked FCC will be unable to ensure that rural Americans get broadband access, communications networks work during emergencies, and those who don’t live near a doctor can access telehealth. “Gaming the system only hurts” the country at a time when we all need our technology and internet access to work the most, reads the statement.