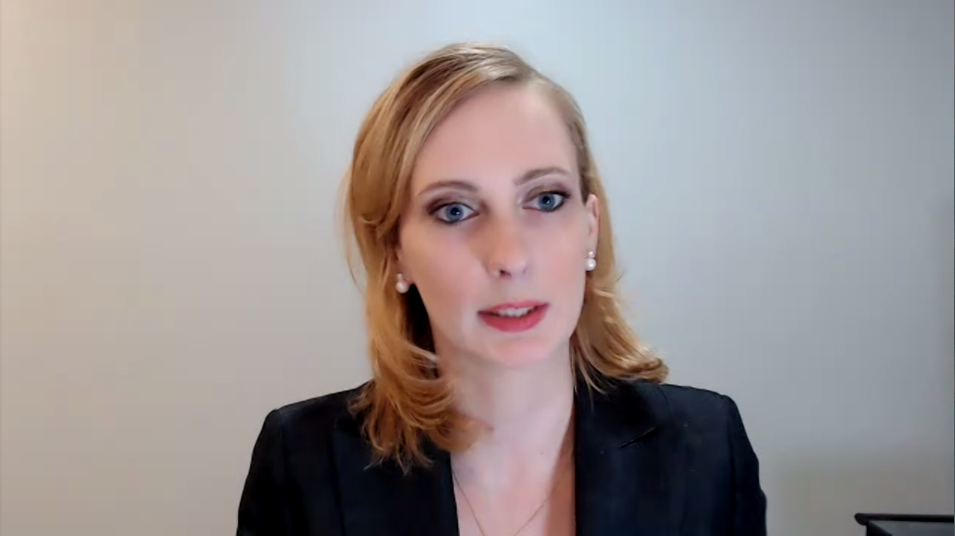 Screenshot of Ashley Baker from the State of the Net session

January 27, 2021 – With a focus on the power of big technology platforms, antitrust and competition issues faced by the Biden Administration are at the highest levels of hyperpolarization ever, observed panelists from the left and the right at the State of the Net event on Wednesday.

The insurrection at the U.S. Capitol on January 6, and the reaction by tech platform, have put a spotlight on tech companies’ role in controlling information, said Ashley Baker, director of public policy at the Committee for Justice, a non-profit group devoted to advancing conservative judges.

The result of allowing big companies to grow into monopolies harms both consumers and forces other businesses to pay higher prices for commodities like broadband, said Sarah Miller, executive director at the progressive American Economic Liberties Project, and who is also co-Chair of the Freedom From Facebook advocacy group.

But Jennifer Huddleston, director of technology and innovation policy at the market-focused American Action Forum, took a contrarian view.

Highlighting the consumer welfare standard and the important role in plays in giving a standard to consumers’ experience in the market, she said that policy-makers should not just automatically presume that big automatically equals bad.

If the panel were having the same conversation in previous decades, they would have been asking if Myspace were a natural monopoly, or whether Yahoo won the search boards, or how the AOL and Time Warner merger was going to end everything.

She said this showed the need for dynamic markets allowing innovation to be the best type of competition policy.

She also warned of unintended consequences by going after Big Tech: Antitrust laws can adversely impact local businesses and farms.

While there are numerous reasons innovative companies exist, one reason is that smaller firms hope to be acquired by larger firms. This is not bad, as it smaller firms better resources. Baker agreed that the government shouldn’t make small businesses fear that the only viable exit strategy is to fight to the death against its competitors.