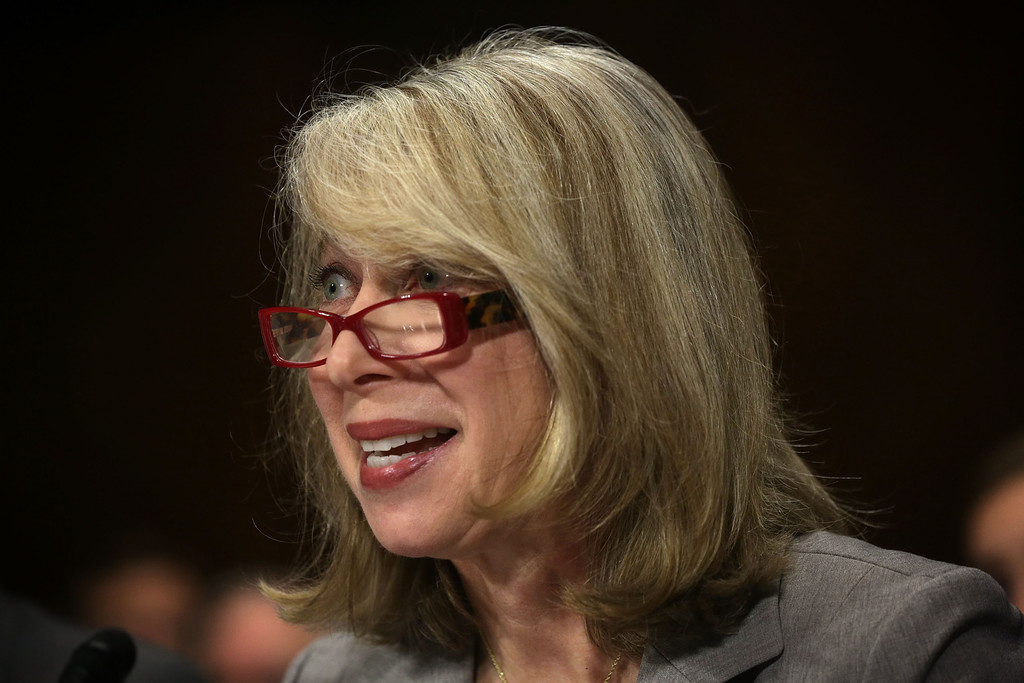 Photo of Diana Moss, President of the American Antitrust Institute, in December 2015 by Alex Wong

January 20, 2021—When data gathering and usage are the lifeblood of the digital ecosystem, combating monopolies in the big tech industry will take more than just antitrust lawsuits, said industry experts during a Technology Policy Institute panel on Tuesday.

The purpose of antitrust law is to protect consumers and workers and prevent the concentration of economic power in a few hands, she said, but the conversation needs to be about data—how it is gathered and used, and the implications those hold for consumers.

Breaking up a company or parts of a company may be one solution, but the government needs to also look at other options on the table that may better serve consumers, she said, adding that antitrust laws need to be paired with other policy tools, such as regulations that protect consumer privacy and free speech.

While antitrust laws target monopolies to preserve market competition, the failure of regulation in the tech sector isn’t necessarily due to policy regarding the formation of monopolies. Robert Crandall, adjunct senior fellow at the Institute, said a large part of the problem is that tech giants collect data with little or no cost. He further expressed concern that the digital space needs regulation to safeguard consumer welfare.

However, Michael Katz, professor emeritus at the University of California, disagreed with his fellow panelists, saying consumers should not be compensated for their data being collected and used, as they’re ‘receiving payment’ by using services like Google and Facebook for free.

Both Google and Facebook are currently facing recent antitrust suits filed by the Department of Justice and multiple state attorneys general. The lawsuits mark the first U.S. antitrust litigation in the technology industry since the case against Microsoft was resolved in 2001.

Reviewing the history of antitrust lawsuits, the panel said that applying precedence from earlier cases may not be useful because digital technology has evolved at such a rapid pace. For example, the 1982 case against AT&T, which resulted in the breakup of the company into smaller entities, forcing it to retain only long-distance services, isn’t necessarily still applicable, argued Randal Picker of University of Chicago Law School.

Picker said this is because AT&T already had both regulated and unregulated sections that were addressed, but companies operating in the digital space today like Google and Facebook are not regulated.

Although some technology has quickly changed, Katz said the idea that antitrust laws are outdated is exaggerated. The panel agreed that the results of the lawsuit against AT&T, and other litigation, were a net positive for the consumer.

Google Hit With Third Antitrust Lawsuit, This One by Both Democratic and Republican Attorneys General