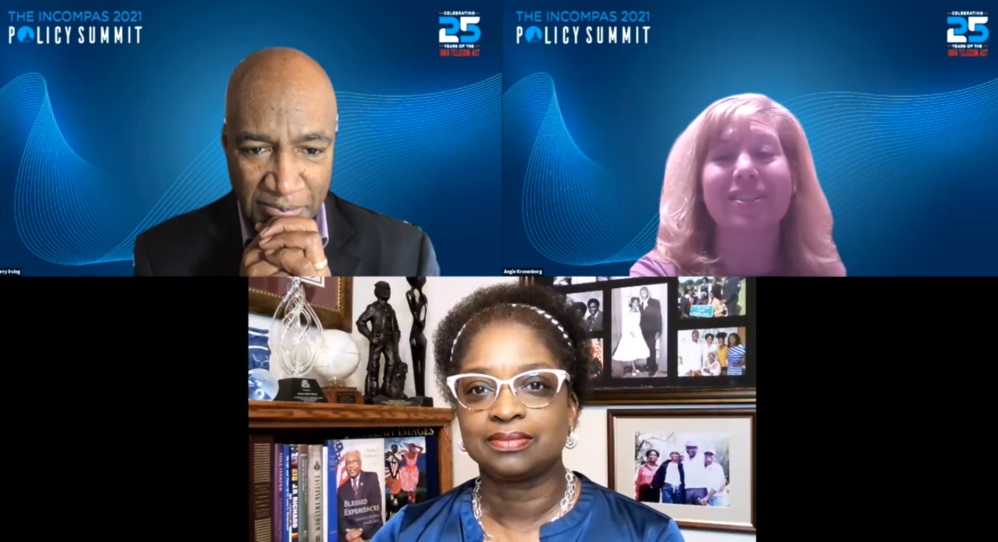 February 8, 2021—The former head of the National Telecommunications Infrastructure Administration is recommending the government expand the E-Rate subsidy program, which provides discounts to access the internet, to households.

The current version of the legislation only allows for the E-Rate program, a product of the Telecommunications Act of 1996, to be applied to libraries and schools. However, because the pandemic has forced kids who would otherwise access the internet at school or the library to stay home, it should be modified to reflect that, said Larry Irving, CEO of the Irving Information Group.

Widely credited with coining the term “digital divide,” Irving identified certain groups that were most at risk for falling behind on broadband access. These groups included rural communities, low-income families, single parents, the elderly, and those who speak English as a second language.

Irving said he is a firm believer in the E-Rate program and said he would propose broadening its scope. He pointed out that when the E-Rate was first established as part of the Telecommunications Act of 1996 there were people opposed to extending it to cover households.

“I thought they were wrong then, and I think the interpretation of the last four to six years—that you couldn’t extend the E-Rate [to homes], particularly over the last 12 to 18 months—is misguided.” Irving notes that even under normal circumstances children without broadband access are disadvantaged, but the COVID-19 Pandemic has only broadened the divide.

“The reality is that we’ve lost a year of childrens’ lives.” Irving stated that for many children their only access to the internet was through school, and now that the pandemic has many students attending classes from home over the internet, children are simply going without class.

Under the current reading of the E-Rate, Irving is not certain it could cover housing, but he indicated that this could be changed. He asserted that this is not a partisan issue: all politicians should want their state’s children to be educated and in school.

“We need to bring that nonpartisan spirit of cooperation back during the pandemic,” Irving continued, “Let’s figure out how to get this done.”

Mignon Clyburn, former acting chairwoman and commissioner of the FCC, shared Irving’s sentiments. “I say be big and be bold and connect these children—this may be the only chance they have to catch up.”

Clyburn said the divide in broadband accessibility has been allowed to exist because the protections that should cover all communities disproportionately favor some, while leaving others to struggle. She said this will only be remedied through new and innovative strategies designed to consider a number of metrics .

Clyburn conceded that this will not be an inexpensive process, but she insisted that it is a necessary one.

“We need to really take the approach that this is an investment, not a budgetary catastrophe.”