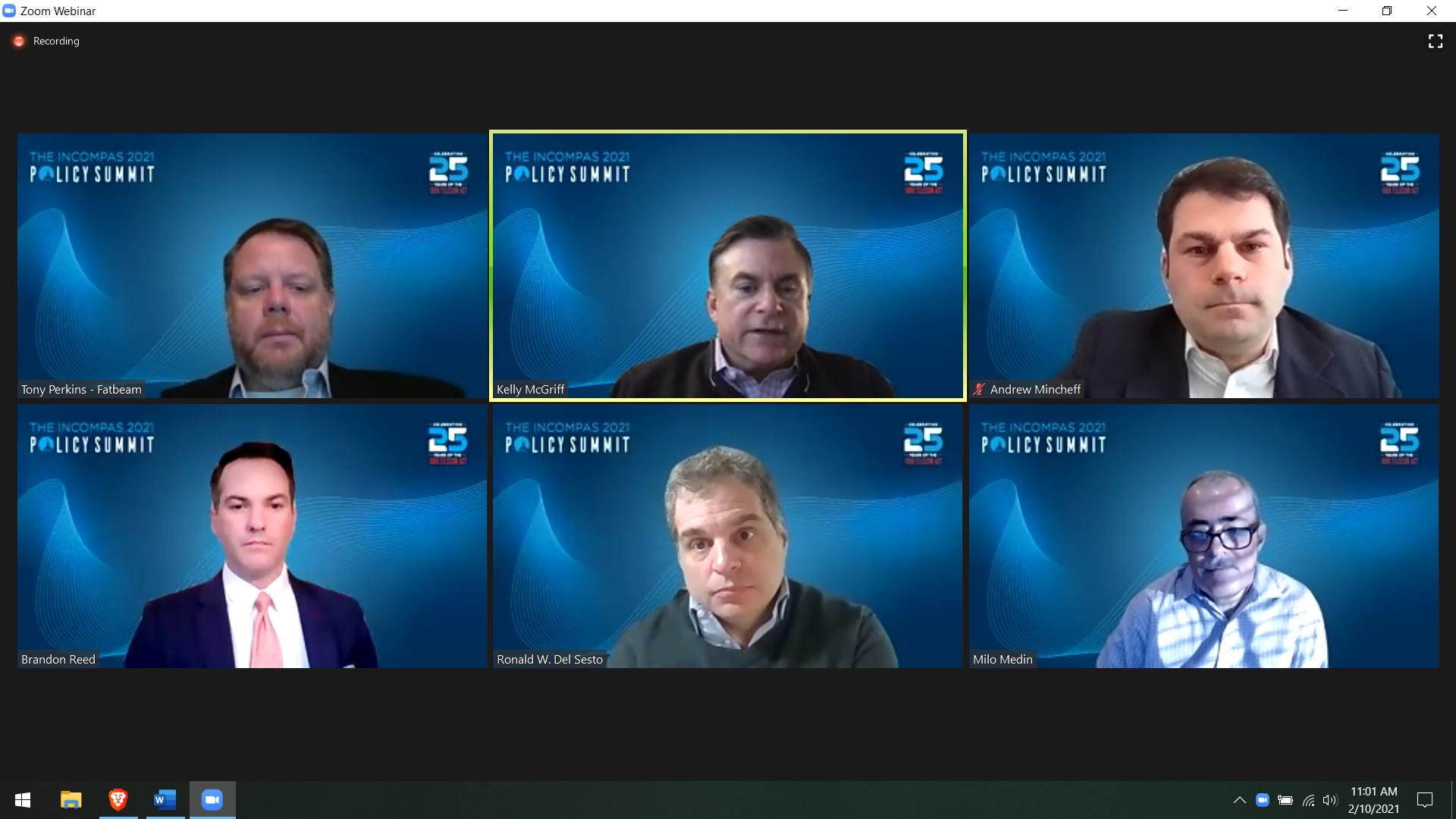 February 10, 2021 – The government is spending enough money to get every single American connected to high-speed broadband, but they’re still failing at it, said industry experts during the INCOMPAS 2021 Policy Summit.

The panel touched on how to better expand broadband across America to address the digital divide, a term that refers to the gap between those with high-speed internet access and those without.

Congress spent enough money in the last year, along with the next COVID-19 stimulus package they are planning to pass, that they could close the gap completely and get everyone connected, said Kelly McGriff, vice president and deputy general counsel for Uniti Group. But the challenge is spending the money in the right area to actually solve the problem, he said.

In 2020 the federal government spent over 6.5 trillion dollars, which includes the CARES Act and the Consolidated Appropriations Act of 2021, and the new Biden administration has proposed another 1.9 trillion in spending that has not yet passed Congress.

The problem with the Federal Communications Commission’s recent C-band auction is the 81 billion dollars the FCC obtained from it will get lost in government coffers, said Google’s vice president of wireless services Milo Medin. That money, he said, could have gone to actually building more broadband networks instead of giving it to the general pool of money, he said.

The C-band is a popular radio wave spectrum that garnered lots of attention from the tech industry due to its 5G potential. The proceeds from the auction shattered the previous FCC auction record of 44 billion in 2015.

“We’re falling behind as a country because we can’t deploy broadband fast enough,” Medin said. When looking at 5G networks across the U.S., there are major gaps due to infrastructure issues, he said.

While Apple’s newest iPhone and other smartphones and devices are widely available, actually connecting them to the internet is another challenge, said McGriff.

Google’s former CEO Eric Schmidt, agreed. In a Financial Times article on Monday he said that digital infrastructure is “paramount to economic vitality and national security.” “Investing in 5G mobile telecommunications networks should be an urgent priority for the US and its allies,” he said.

Part of the challenge that broadband service providers face is dealing with local municipalities, the panelists said. Fatbeam’s Tony Perkins, a broadband provider based in Idaho, said there is “rigid inconsistency” across different municipalities and entities that make broadband deployment difficult.

Local government leaders are often excited about expanding their broadband networks, but some don’t understand the work that goes into it, said Brandon Reed of Zayo, a nationwide broadband provider.

McGriff said that local leaders care about their communities, and want better internet for their cities, but the message of ‘we want broadband’ from leaders needs to really get to the workers and engineers who actually build the networks, he said. The relationships between mayors and engineers are vital to successfully expanding broadband, he said.

25 Years After Passage, Architects of the Telecom Act Say Congress Should Revisit the Law