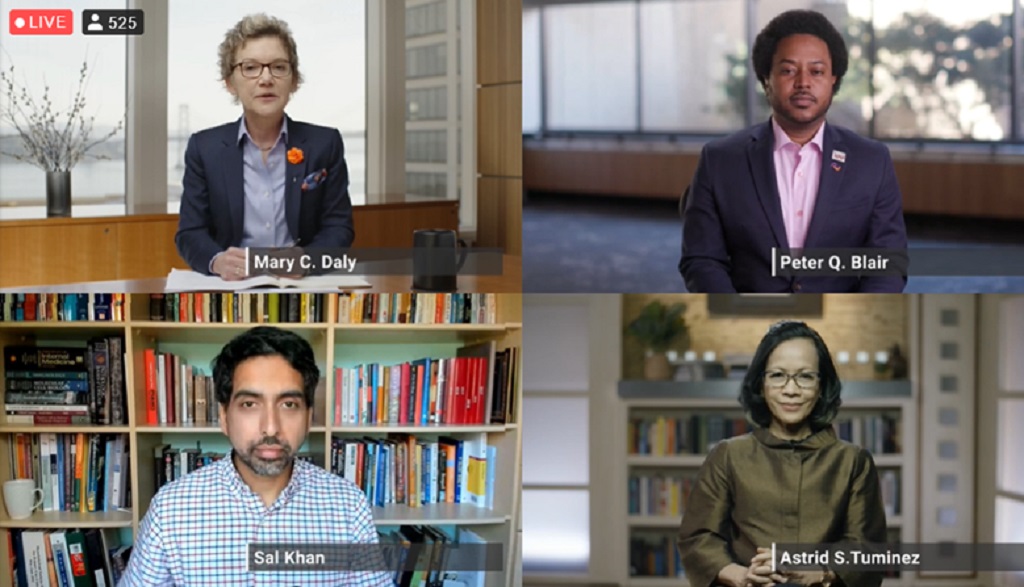 March 24, 2021 – The lack of available and quality broadband access is worsening the disparity between low- and high-income demographics, educators say.

A panel, hosted by the San Francisco Federal Reserve Bank and discussing the “new future of work” on Monday, said those who are in an “elite” category are getting ahead on education because they benefit from good quality internet. Poorer households, who don’t have good quality internet – either due to where they live or how much it costs – are getting left behind, they said.

The pandemic has forced schools to close, stressing broadband access at home for remote learning. While lawmakers and parents want kids back in school, some educators say students should be able to choose between in-person and virtual learning.

Salman Khan, founder and CEO of Khan Academy, a nonprofit education organization, said he believes the country has done a good job in the last 10 years in closing the digital divide. However, the pandemic has virtually undone that progress as many schools remain shuttered. Internet access is inequitable and has turned into an economics issue, not just an educational problem, he noted.

Khan said people need opportunities and incentives to learn at their own pace and to not be sorted wrongfully in the education system.

Not everyone is given those opportunities. Astrid Tuminez, president of the Utah Valley University, was born in a farming village in the Philippine province of Iloilo, and grew up in a hut with bamboo walls.

Her desire for education led her to the United States where she later became educated at Harvard and MIT and joined the corporate ranks of Microsoft before becoming UVU’s first female President.

Tuminez said UVU is an open admission, dual-mission institution, which means it has a community college embedded in a teaching university. She said that UVU’s faculty also needs to have the right training and resources to help close the digital divide, and has since seen 40 percent of the faculty certified to teach online.

With dual-mission purposed institutions like UVU, more support can be given to more students than if it were an elite institution. She said 37 percent of the school’s enrollment is first generation college students. “We don’t care about your past and we see you as you are and we want to support you,” said Tuminez.

Learning opportunities need to be abundant and accessible, she said. Khan said people must be given as much support as possible to learn and stay current on their skills to be competitive.

Peter Blair, who is on the faculty in the graduate school of education at Harvard University, where he co-directs the Project on Workforce, said “similar to Astrid,” he too grew up in a small island nation, the Bahamas, and was able to be educated at private universities and has since taught at public universities.

Blair said lifelong learning is important, and that “we need to meet folks where they are,” meaning educational institutions need to support and see through to the success of students.

Blair said that fewer than 40 percent of workers have college degrees, yet more than two-thirds of new jobs created in America require college degrees—a confusing finding as it is not obvious in many cases why a college degree is required for jobs that shouldn’t require a degree.

Students Should Be Able To Choose Online Learning When In-Person Classes Resume: Principal