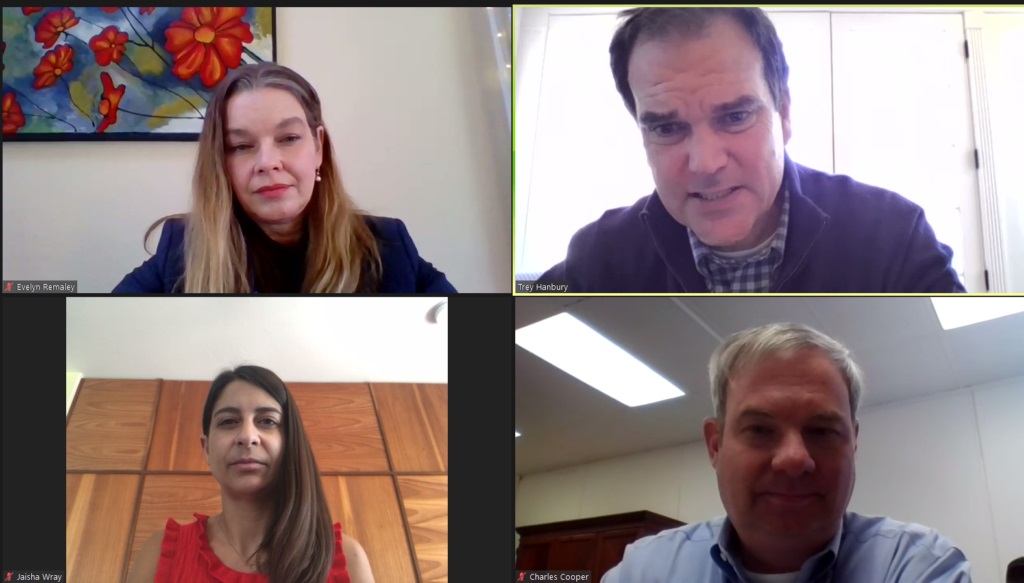 March 4, 2021—Artificial intelligence is present in most facets of American digital life, but experts are in a constant race to identify and address potential dangers before they impact consumers.

From making a simple search on Google to listening to music on Spotify to streaming Tiger King on Netflix, AI is everywhere. Predictive algorithms learn from a consumer’s viewing habits and attempt to direct consumers to other content an algorithm thinks a consumer will be interested in.

While this can be extremely convenient for consumers, it also raises many concerns.

Jaisha Wray, associate administrator for international affairs at the National Telecommunications and Information Administration, was a panelist at a conference hosted Tuesday by the Federal Communications Bar Association.

Wray identified three key areas of interest that are at the forefront of AI policy: content moderation, algorithm transparency, and the establishment of common-ground policies between foreign governments.

In addition to all the aforementioned uses for AI, it also has proven to be an indispensable tool for websites like Facebook, Alphabet’s Youtube, and myriad other social media platforms in auto-moderating their content. While most social media platforms employ humans to review various decisions made by AI (such as Facebook’s Oversight Board), most content is first handled by AI moderators.

According to Tubefilter, in 2019 more than 500 hours of video content were uploaded to Youtube every minute; in less than 20 minutes, a year’s worth of content is uploaded.

On this scale, AI is necessary to police the website, even if it not a perfect system. “[AI] is like a thread that’s woven into every issue that we work on and every venue,” Wray explained. She described how both governments and private entities have looked to AI to not only moderate somewhat mundane things such copyright issues, but also national security issues like violent extremist content.

Her second point pertained to algorithm transparency. She outlined how entities outside of the U.S. have sought to address this concern by providing consumers with the opportunity to have their content reviewed by humans before a final decision is made. Wray pointed to the European General Protection Regulation, “which enshrines the principle that every person has the right not to be subject to a decision solely based on automated processing.”

Her final point raised the issue of coordinating these efforts between different international jurisdictions—namely the U.S. and its allies. “We’re really trying to hone-in on where our values align and where we can find common ground.” She added that coordination does not end with allies, however, and that it is key that the U.S. also coordinate with authoritarian regimes, allied or otherwise.

She said that the primary task facing the U.S. right now is simply trying to determine which issues are worth prioritizing when it comes to coordinating with foreign governments—whether that is addressing the spread of AI, how to police AI multilaterally, or how to address the use of AI by adversarial authoritarian regimes.

Technology needs to be built with security in mind

One of Wray’s co-panelists, Evelyn Remaley, who is the associate administrator for the NTIA’s Office of Policy Analysis and Development, said all multilateral cybersecurity efforts related to AI must be approached from a position of what she called a “zero-trust model.” She explained that this model operates from the presupposition that technology should not and cannot be trusted.

“We have to build in controls and standards from the bottom-up to make sure that we are building in the security layer by layer,” Remaley said. “It’s really that premise of ensuring that we realize that we’re always going to have vulnerabilities within this technical development space.”

Remaley said that increasing competition and collaboration can only be safely achieved with a zero-trust mindset.

Connectivity Will Need To Keep Up With The Advent Of New Tech, Says Expert