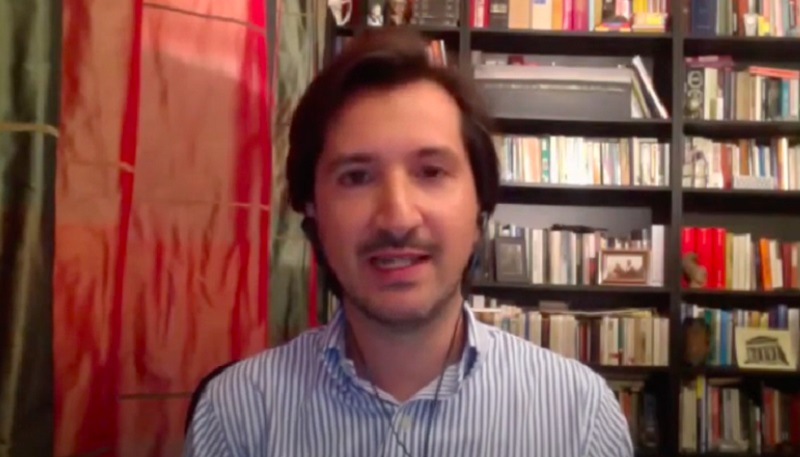 March 13, 2021 – Internet shutdowns by governments around the globe are impacting their connectivity-dependent segments, including education and business, and citizens should pressure telecom companies to take action against the authors of those blackouts, experts said Tuesday.

Internet blackouts in countries like Myanmar, India, Iran, China, Hong Kong, Russia, Turkey, and Vietnam has put into focus how the practice of silencing dissent by cutting off social tools has become normalized and is depressing critical educational and business tools.

That’s according to panelists hosted by the Aspen Institute, which were tasked Tuesday with discussing the impacts of the practice.

Adrian Shahbaz, director of non-profit democracy advocate Freedom House, said his agency has tracked a ten-year decline in internet freedom across categories including obstacles to accessing the internet, limits on content, and as violations to user rights.

He said restrictions on social media networks, like Facebook and Twitter, go beyond social interaction, as it has significant collateral implications for those who use those tools to access educational materials and to engage in business with customers and suppliers, among other critical functions.

Sophie Schmidt, founder and CEO of global tech reporting publication Rest of World, said shutdowns are increasingly happening in places that tech literacy is a challenge, adding journalists have been a crucial part of increasing knowledge in these places to improve understanding of what they are up against it.

The more widespread the shutdowns happen, however, the more normal it is, she added.

Felicia Anthonio, a campaigner for digital advocacy non-profit Access Now, said one way to potentially combat shutdowns is for the subject population to pressure the telecom companies to fight against governments on the basis that shutdowns are breaches of contract.

Such a precedent exists: in India, service providers have taken the government to court for violating their terms of service for forcing them to switch off. 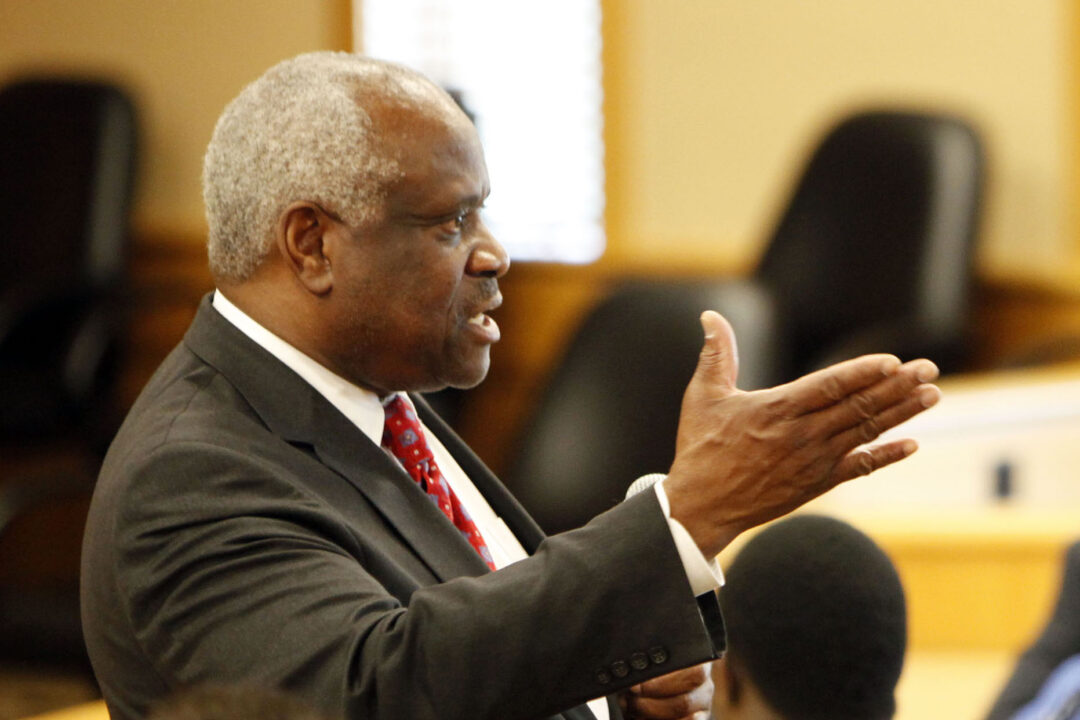 The Computer & Communications Industry Association, along with seven other tech associations, filed an amicus brief Tuesday emphasizing the vast amount of online content generated on a daily basis and the existing efforts of tech companies to remove harmful content.

A separate coalition of organizations, including the Electronic Frontier Foundation and the Center for Democracy & Technology, also filed an amicus brief.

The briefs were filed in support of Twitter as the Supreme Court prepares to hear Twitter v. Taamneh in 2023, alongside the similar case Gonzalez v. Google. The cases, brought by relatives of ISIS attack victims, argue that social media platforms allow groups like ISIS to publish terrorist content, recruit new operatives and coordinate attacks.

Both cases were initially dismissed, but an appeals court in June 2021 overturned the Taamneh dismissal, holding that the case adequately asserted its claim that tech platforms could be held liable for aiding acts of terrorism. The Supreme Court will now decide whether an online service can be held liable for “knowingly” aiding terrorism if it could have taken more aggressive steps to prevent such use of its platform.

The Taamneh case hinges on the Anti-Terrorism Act, which says that liability for terrorist attacks can be placed on “any person who aids and abets, by knowingly providing substantial assistance.” The case alleges that Twitter did this by allowing terrorists to utilize its communications infrastructure while knowing that such use was occurring.

Gonzalez is more directly focused on Section 230, a provision under the Communications Decency Act that shields platforms from liability for the content their users publish. The case looks at YouTube’s targeted algorithmic recommendations and the amplification of terrorist content, arguing that online platforms should not be protected by Section 230 immunity when they engage in such actions.

Supreme Court Justice Clarence Thomas wrote in 2020 that the “sweeping immunity” granted by current interpretations of Section 230 could have serious negative consequences, and suggested that the court consider narrowing the statute in a future case.

Experts have long warned that removing Section 230 could have the unintended impact of dramatically increasing the amount of content removed from online platforms, as liability concerns will incentivize companies to err on the side of over-moderation.

Without some form of liability protection, platforms “would be likely to use necessarily blunt content moderation tools to over-restrict speech or to impose blanket bans on certain topics, speakers, or specific types of content,” the EFF and other civil rights organizations argued.

Platforms are already self-motivated to remove harmful content because failing to do so can risk their user base, CCIA and the other tech organizations said.

There is an immense amount of harmful content to be found on online and moderating it is a careful, costly and iterative process, the CCIA brief said, adding that “mistakes and difficult judgement calls will be made given the vast amounts of expression online.”

Georgetown University professor Randy Barnett said that the ability to post on social media might be a civil right. 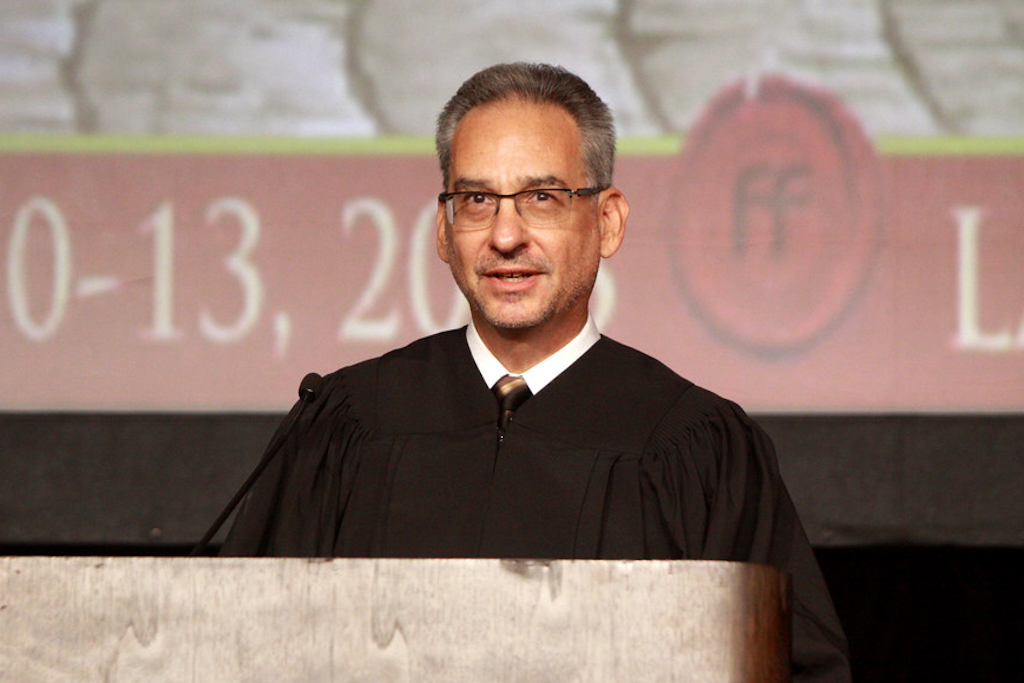 Barnet’s argument, made at a Federalist Society web panel discussing on the regulation of social media platforms Thursday, is significant in that even a well-known libertarian scholar is putting forth a plausible case to regulate speech on such technology platforms.

Between fully public and fully private entities, there is a middle category of privately-owned entities that operate in the public sphere, such as public accommodations and common carriers, Barnett said.

The Civil Rights Act of 1875, for instance, regulated “privately owned, public institutions such as railroads, inns, and even places of public amusement such as opera halls,” he explained. Barnett suggested that regulation of public accommodations can protect an individual’s “civil rights.”

“Civil rights are the rights that one gets when one leaves the state of nature and enters into civil society, and these are the rights that are basically the government protections of our preexisting natural rights, but they’re also more than, they are privileges you have as citizens,” Barnett argued. “You also have a civil right to be able to travel throughout the country and to enter into places of public accommodation as an equal to your fellow citizens,” he added.

Barnett said he wasn’t sure if social-media platforms should be considered public accommodations, however. “Are Facebook and Twitter in or are they out” of the public-accommodations category, he mused. “That’s the thing about which I think reasonable people can still disagree,” he said.

Whether social media companies have First Amendment right to moderate content on their platforms had been seen as a well-established view about free speech in the United States. With increasing criticism of the tech sector from the Trump-infused element of the political right, the issue has now become a more open question.

In 2021, to combat alleged discrimination against speech by conservatives, Texas and Florida have each passed laws barring platforms from engaging in various kinds of viewpoint-based content-moderation.

The 11th U.S. Circuit Court of Appeals largely struck down Florida’s law in May, but the Fifth Circuit upheld the Texas statute in September. The Fifth Circuit has stayed the decision pending a likely Supreme Court review.