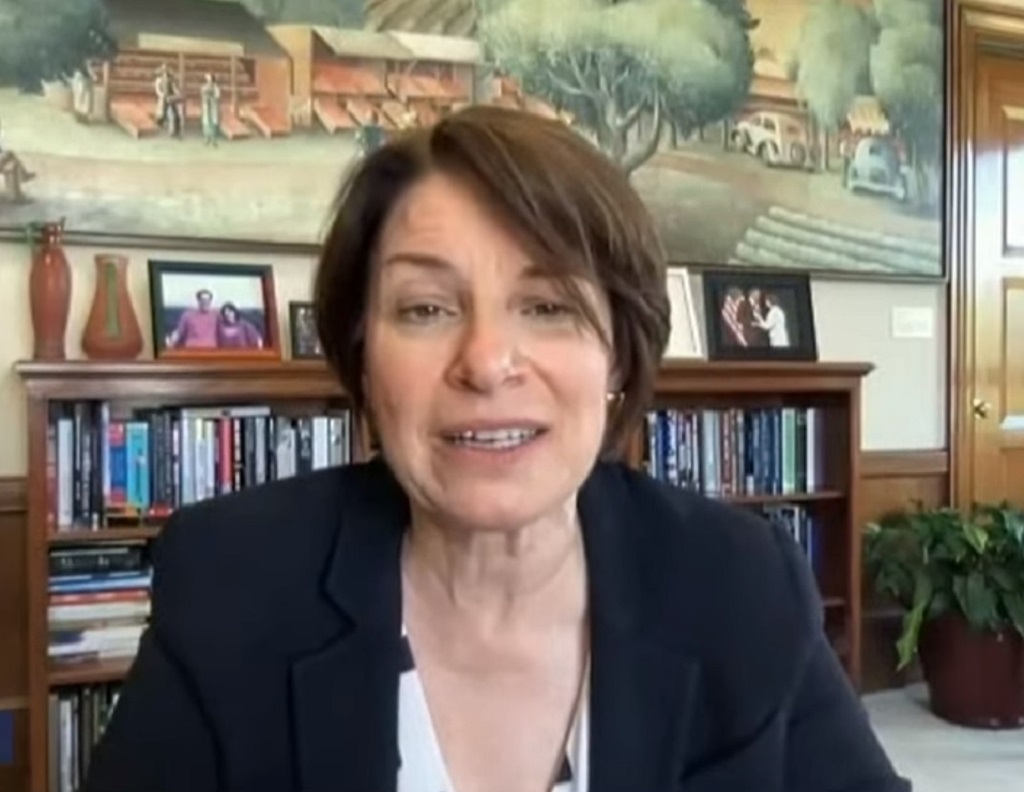 With free market competition as a backdrop, the participants discussed antitrust legislation and regulation, data privacy, and funding for journalism.

Sen. Amy Klobuchar, D-Minnesota, who chairs the Senate judiciary’s subcommittee on antitrust, spoke on the recent tussle between Facebook and Australia over news feeds on the social media platform. “That is the very definition of a monopoly — when you can hold a country hostage simply because they want to make sure the content is paid for from the news,” she said.

Both Google and Facebook face several anti-competitive lawsuits from the Department of Justice, states attorneys general, federal agencies and several news publications that claim the big tech’s behavior has led to a monopoly in the digital space.

Google controls over 90 percent of the search engine market and Facebook has eaten up all of their competitors including Instagram and WhatsApp to maintain a social media monopoly, Klobuchar said. She also looked beyond just the tech industry: “America’s competition problem as well, as you all know, isn’t just limited to digital markets. It’s part of a broader problem that affects our entire economy from cat food to caskets,” she said.

“The consequences of the collapse of local news are catastrophic; it’s hard to overstate how severe a threat this is to democracy,” said Steve Waldman, president at Report for America, a national organization dedicated to supporting local journalism.

“We have two dominant platforms who sit between us and our readers, who extract the value of our content, and then they systematically deliver it to the users—our readers—in a highly predictive way so that the users stay within their walled gardens,” said Danielle Coffey, senior vice president at News Media Alliance.

The platforms continue extracting user data that they use as a currency, then when we do get readers, we only get a small percentage of ad revenue, she said. We get hit on the distribution side and the ad revenue side, she added.

Minnesota’s Attorney General Keith Ellison focused on the importance of information for democracy. People need to have access to information, which primarily comes from news sources, and those news sources need funding, he said. Without funding, news publications will close or change, and it will challenge the very foundation of our society, because we need informed people who can make decisions, he said.

No leverage on big tech

“We see our bargaining power with Google and Facebook as zero,” said Randy Lebedoff, senior vice president at the Minneapolis’ Morning Star publication. The digital advertising we get from the online platforms doesn’t make up for the drop in print advertising, because “someone else is getting paid for marketing our articles,” she said.

Although Klobuchar focused mainly on competition in tech industry, she also expressed concern over misinformation on social media. America needs to use free market capitalism that will foster new companies with “privacy bells and whistles” and better policies to control misinformation, she said.

Social media has impacted consumer readership through “the rise of what people call fake news, which is just really low-quality, click-bait propaganda,” said Julia Angwin, editor-in-chief at the Markup, a news organization that investigates big tech.

Propaganda used to be expensive to produce, but we’ve decentralized that and now it’s cheap and possible to make money from, she said. The tech companies elevate misinformation through news feeds with their algorithms and then take no responsibility for it, she said.

“It is high time for privacy legislation in the United States to protect consumers, we’re going to need something at the federal level. It’s going to be a patchwork mess if we approach it only at a state level,” Yale University fellow Dina Srinivasan said.

In February, Klobuchar introduced the Competition and Antitrust Law Enforcement Reform Act, S.225, legislation that would target anti-competitive behavior. The bill would increase funding for regulators at the Justice Department’s Antitrust Division and the Federal Trade Commission, and shift the burden of proof in mergers to the company to prove their acquisition does not harm a competitive market, among other things.

The bill would allow coordination by news publishers if it “(1) directly relates to the quality, accuracy, attribution or branding, or interoperability of news; (2) benefits the entire industry, rather than just a few publishers, and is non-discriminatory to other news publishers; and (3) is directly related to and reasonably necessary for these negotiations, instead of being used for other purposes,” said the statement.

But Waldman said the Klobuchar and Cicilline bills would likely not help save local news. America needs to look at other policy steps to help local news, he said. He suggested donations toward local journalism efforts.

If there was a slight shift toward viewing journalism as an important part of a community’s health, it would be transformative, he said. It would take $1 to $2 billion of well-targeted money in local news that would double the number of local reporters, which would only be about half of one percent of philanthropic giving, he said.

Section 230 Has Coddled Big Tech For Too Long, Says Co-Author of Book on Amazon